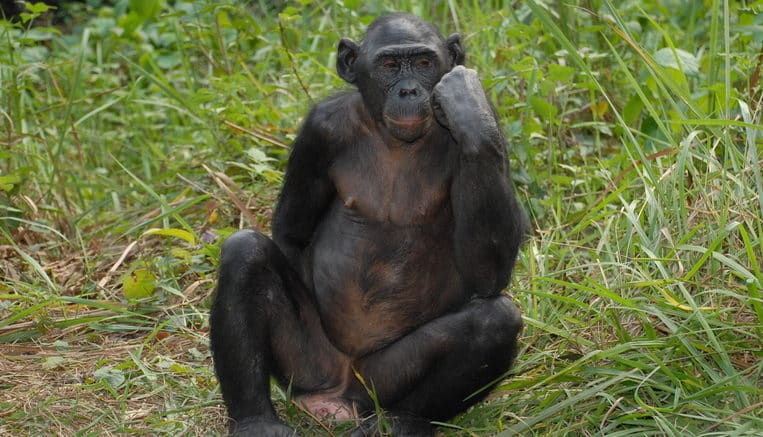 Please Share This Story!
PDF 📄
Technocrats who believe that humans are just animals like every other animal, see no problem in crossing species by genetic modification. Transhumans go one step further by claiming to control evolution, creating Humans 2.0. ⁃ TN Editor

The monkeys in Douglas Munoz’s Kingston lab look like other monkeys.

They socialize and move around and eat and drink in the same way. They don’t fall over or stagger around. In fact, the only thing separating the macaques from their unaltered lab mates is the elevated level of a specific human protein implanted inside their brains — proteins that accumulate in the brains of humans with Alzheimer’s disease.

The monkeys have been injected with beta-amyloid, a molecule that, in high-enough amounts, is toxic to human brain tissue.

Munoz and collaborators are studying the earliest changes in those monkey cerebrums. Normally it takes several decades for Alzheimer’s to unfold in human brains. The researchers don’t have that kind of time. The injections speed things up.

If left alone, eventually the monkeys will start to show signs of Alzheimer’s. They make more mistakes on memory tasks and their reaction time slows.

Alzheimer’s research relies heavily on rodents. Munoz is trying to develop a monkey model of Alzheimer’s, because one of the biggest reasons for the staggering string of flops in the search for an effective treatment for the brain-ravaging disease is the species gap. The rat brain is a long way away from the human brain. Not so much a monkey’s.

Munoz, Canada Research Chair in neuroscience at Queen’s University, has reported his work using brain molecules. Others are implanting monkeys with fragments of human brain tissue extracted from people who died with Alzheimer’s.

Now, however, some are going further, and proposing the creation of human-monkey chimeras — part-human beings with entire portions of the brain, like, say, the hippocampus, entirely human derived.

For Munoz, the idea of biologically humanizing large portions of a monkey’s brain is  seriously unnerving. “To be honest, it just really ethically scares me,” he said. He believes in animal research as a fundamental way of understanding how the brain works. However, “For us to start to manipulate life functions in this kind of way without fully knowing how to turn it off, or stop it if something goes awry really scares me.”

However, in a new book on the science and ethics of chimeras, Yale University researchers say it’s time to explore, cautiously, the creation of human-monkey chimeras.

“The search for a better animal model to stimulate human disease has been a ‘holy grail’ of biomedical research for decades,” they wrote in Chimera Research: Ethics and Protocols.

“Realizing the promise of human-monkey chimera research in an ethically and scientifically appropriate manner will require a co-ordinated approach.”

To some, that may seem all fine and good. However, some scientists aren’t waiting for the ethics to be worked out.

In April, Chinese researchers announced they had inserted  a human brain gene into monkey embryos, a gene critical for human brain development.The experiment provoked revulsion, and fascination. Ethicists and philosophers condemned it as hugely morally risky, while the scientists behind the work are said to be keen on implanting even more human genes into monkey embryos, including one presumed to play a role in human intelligence.