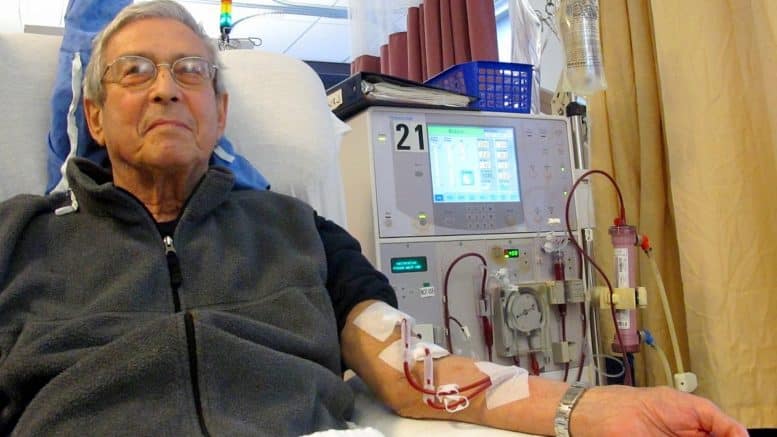 Please Share This Story!
PDF 📄
University of Chicago Medical Center conspired to sell sensitive health records of patients to Google, violating HIPPA and privacy laws. The lawsuit notes, this is “likely the greatest heist of consumer medical records in history.”

Google has been sucking up medical records for several years. In 2016, New Scientist discovered that Google secured access to 1.6 million patient records from the UK’s National Health Service.  ⁃ TN Editor

About two years ago, the university medical center partnered with Google with the hope of identifying patterns in patient health records to help predict future medical issues.

Now, former patient Matt Dinerstein is filing a lawsuit on behalf of the medical center’s patients, alleging that the university violated privacy laws by sharing sensitive health records with Google from 2009 to 2016, aiding Google’s goal of creating a digital health record system, according to the Chicago Maroon.

The suit alleges that the university deceived its patients by telling them that their medical records would be protected, but ultimately violated the Health Insurance Portability and Accountability Act (HIPAA), a federal law that ensures privacy and security for personal medical data. It also claims that UChicago violated state laws in Illinois that makes it illegal for companies to participate in dishonest client practices.

The complaint details Google’s alleged two-part plan: obtain the Electronic Health Record (EHR) of almost every patient at the UChicago Medical Center, then use the information to create its own lucrative commercial EHR system.

“While tech giants have dominated the news over the last few years for repeatedly violating consumers’ privacy, Google managed to fly under the radar as it pulled off what is likely the greatest heist of consumer medical records in history,” the complaint stated. “The compromised personal information is not just run-of-the-mill like credit card numbers, usernames and passwords, or even social security numbers, which nowadays seem to be the subject of daily hacks.”

Dinerstein’s lawsuit claims that EHRs contain patient information ranging from height and weight to diseases they carry such as AIDS or diabetes and medical procedures they have undergone.

“The disclosure of EHRs here is even more egregious because the University promised in its patient admission forms that it would not disclose patients’ records to third parties, like Google, for commercial purposes,” the lawsuit continued. “Nevertheless, the University did not notify its patients, let alone obtain their express consent, before turning over their confidential medical records to Google for its own commercial gain.”

Google detailed its use of EHRs, including ones obtained from the University of Chicago, in a 2018 research paper. The Big Tech company claimed that there are no privacy concerns because the records did not include the identities of patients.

Although Google claims to lack the personal identity associated with each set of information, the complaint calls this a “false sense of security” for patients, since Google’s comprehensive data-mining abilities, along with the time and date of each treatment and notes from medical providers that the records allegedly contained, allow them to identify each individual.

“While this type of public misinformation campaign may be expected from a tech company that has been known to play fast and loose with the information of its customers, the fact that a prominent institution like The University of Chicago would act in such a way is truly stunning,” the complaint said.

According to the lawsuit, Google has been interested in using algorithms to predict looming health issues. To gain the necessary information, Google first developed a personal health information storage platform that it later discontinued because few consumers participated. The company then bought DeepMind, a startup that uses artificial intelligence (AI) to study health care, reported the Chicago Tribune.

“…the fact that a prominent institution like The University of Chicago would act in such a way is truly stunning,” the complaint said.” NOT STUNNING! It’s U of C! They ARE the social engineering arm of the Neocons. They have been since the 50’s. Unless one is completely uniformed about the Technocratic goal and their close association with the Eugenicists whose primary focus is to eradicate those individuals who do not fit a ‘specific’ genetic profile–A PROFILE THEY DECIDE ON which is meant to detail and marginalize the populations who are not ‘fit’. THIS is where Google is headed in… Read more »