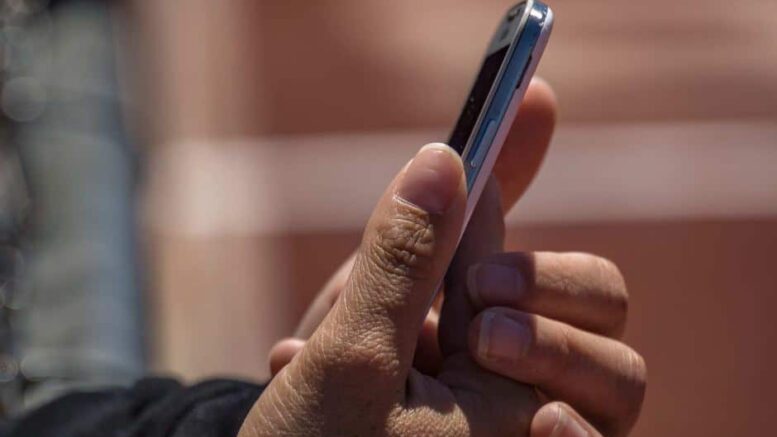 Please Share This Story!
PDF 📄
Note that it is private tech companies and not governments that are creating digital passports. Technocracy will ultimately throw governments under the bus and in their place, the technocratic system of Scientific Dictatorship will provide direct governance. What can be monitored can be controlled. ⁃ TN Editor

In many different formats and under many different names, digital health pass systems to prove a person’s COVID-19 status are being developed around the world. They can show how many vaccination doses the holder has received and when, whether they have a recent negative PCR test or have recovered from the illness.

France has effectively introduced its pass sanitaire scheme in order to encourage vaccination take-up, which translated into record appointment bookings. Stage 1 begins today requiring non-essential public venues such as cinemas where there are more than 50 people to ask for users’ passes. From 1 August, all public places except those deemed essential will require it.

Meanwhile, a private firm in Canada steps in to fill the official void for health passes and Slovenia adds a digital health pass for smartphones, while the Linux Foundation’s Public Health initiative celebrates its one-year anniversary.

Digital identity firm Liquid Avatar announces its health pass is in late stages of development, following the decision by the premier of the Canadian province of Ontario not to impose an official vaccine passport.

In an extremely carefully worded release, Liquid Avatar Technologies Inc acknowledges Ontario’s progress in managing the pandemic and respects Premier Doug Ford’s decision to not impose requirements for proving COVID status to access non-essential businesses, but also points out Quebec’s QR code based system and demand from businesses in Ontario to have a form of health pass as a background for introducing its own digital identity health pass solution.

LAVCE (Liquid Avatar Verifiable Credentials Ecosystem) and its mobile app are currently in the testing stage. It is built on blockchain technology for privacy and user control.

A year after its launch, Linux Foundation Public Health (LFPH) has become the neutral forum for public health authorities to seek advice about technology development, the organization says.

The open-source group has launched five technical projects related to COVID exposure notification and credentials, and its dedication to keeping users’ medical data private has accelerated the response of public health authorities and tech companies alike. LFPH has advised more than 50 states and countries, and its community is now up to 1,600 regular contributors from nearly 30 countries, while formal membership has tripled.

Slovenia has launched the eZVEM mobile app for its EU-compliant COVID-19 digital health pass. The app acts as a further option for Slovenians hoping to prove their COVID-19 status, alongside the national e-health website and ‘paper digital certificates,’ reports Total Slovenia News.

The digital certificate service for COVID-19 status initially launched on 24 June when profiles were added to the national e-health website. But access to health passes there required digital identity. In July the National Institute of Public Health then sent out paper versions of the digital certificate to around 900,000 people.

And now the app, which still requires one of two national digital identities. According to the report, it can be used without registration by scanning the QR code on the paper digital certificate to save it on their smartphones.

Parents can use the app to download multiple certificates for family members. The app also allows access to other health documents such as digital prescriptions and test results.

A further app should allow the checking of a holder’s COVID status without taking any additional personal details. This is envisaged for use in attending events.

While the companies which produce the ‘vaccines’ have immunity from prosecution over iatrogenic problems created by their products I wonder how protected from prosecution these private companies would be? After all, if they make the availability of their services contingent upon a passport, but if then a passport holder subsequently contracts Covid while using that service … ? What then? After all, many of those now contracting Covid have already been jabbed (almost 45%) so I’m not grasping at straws by suggesting this. These poison darts DON’T confer immunity and they DON’T prevent transmission, This is all totally fascistic, with… Read more »

Obviously, anyone that would be held to account would be a “little guy” or part of the show, so we “know” that “THEY” are still obedient to the “law”. Pffft.

As one commenter stated somewhere else, this is only the tip of the iceberg. People get momentarily disturbed by these kinds of reports, and conspiracy reporting sites like this constantly put out legitimate and mostly true (often even understated) reports/news of trauma and increasing control and conditioning (mind-control, perception shaping) of the masses, moving toward the A.I. Singularity/NWO. But, even though these kind of sites provide a valuable service to help inform those who somewhat (meaning, “part time”) don’t accept the accelerating “herding of the cattle” and controlled media brainwashing, the sites and conspiracy researchers never offer any suggested solutions.… Read more »