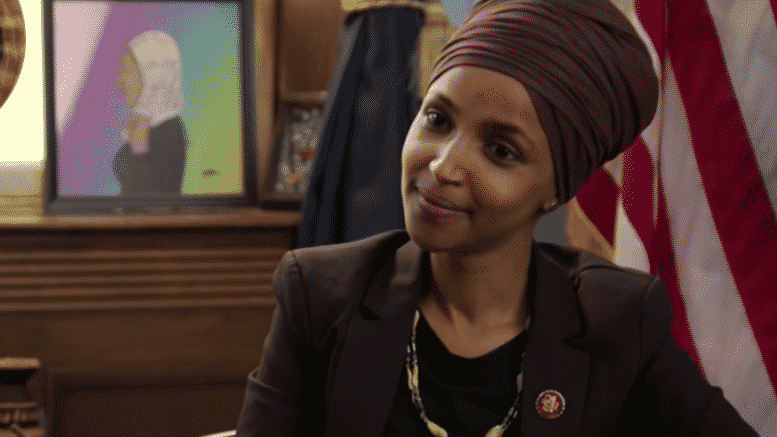 Universal Basic Income (UBI) was an original program of Technocracy in the 1930s, when everyone was to receive a like amount of income based on energy. Work would be assigned to every citizen, but their work would not be related to their income.

Today’s calls for UBI, if successful, will lead to modern-day slavery and increases in poverty and hunger. Were it not for the already failed economic policies of progressive left-wing radicals, there would be no need for UBI.

Rep. Ilhan Omar (D-Minn.) is set to introduce bold legislation on Friday that would create a guaranteed income program in the U.S. to send $1,200 a month directly to most Americans.

The SUPPORT Act — co-sponsored by progressive lawmakers Reps. Cori Bush (D-Mo.), Pramila Jayapal (D-Wash.), Dwight Evans (D-Penn.) and Jamaal Bowman (D-N.Y.) — would first create a $2.5 billion grant program to fund local pilots in guaranteed income. These would run in hundreds of communities across the country from 2023 to 2027 and provide findings for a national program.

The national guaranteed income program would start in 2028, sending $1,200 per month to adults making up to $75,000 per year, or heads of household making up to $112,500 per year, as well as providing $600 monthly per child. The payments would phase out for higher incomes.

Importantly, undocumented people who file taxes with an ITIN number would be eligible. The legislation would also establish a banking system through the postal service for “unbanked, underbanked and individuals experiencing housing instability” to receive payments.

“Poverty is a choice. For too long we have prioritized endless growth while millions are homeless, hungry or without healthcare,” Omar said in a statement. “We as a nation have the ability to make sure everyone has their basic needs like food, housing and healthcare met.”

The article reveals circular reasoning for all the other “tests” of UBI by merely stating their existence but not their outcomes. This includes Stockton, California, Mississippi. Oakland and Finland, all of which have been found to be useless.

A 2018 report from the Federal Reserve Board showed that nearly 40% of U.S. adults could not cover a $400 emergency expense.

Because the U.S. has more than enough resources to abolish poverty, Omar argued, allowing it to continue is a “choice” that legislators make.

In fact, the government has no money that it didn’t first forcibly take away from productive, working Americans.

UBI is like a snake that eats it own tail, removing incentive to work and locking people into a death spiral of poverty.

It will be a bloody pittance.

on a side note Patrick, I think Freedom from Governance is incentive enough to work.
If people are reliant on government financial assistance, the easier they are to control.
People with a brain will be more than happy to work for an independent wage that decouples them from such a tyrannical power-hungry, on edge force.

Not necessarily true Jay. I know of a lot of people not working because they can make more from unemployment. I see signs up everywhere that say HIRING. The government knows once you get people use to getting money without working they get lazy and won’t go to work even when it is available. This is one of the plans of this scamdemic.The other goal I believe is to separate us even more than the 2 party system. Now we have the vaccinated and the un-vaccinated. And the saddest part is they are accomplishing their goal. It’s happening right in… Read more »

It’s a likable idea but it will not work – prices will adjust, probably through inflation and we’ll be right back to where it all started.