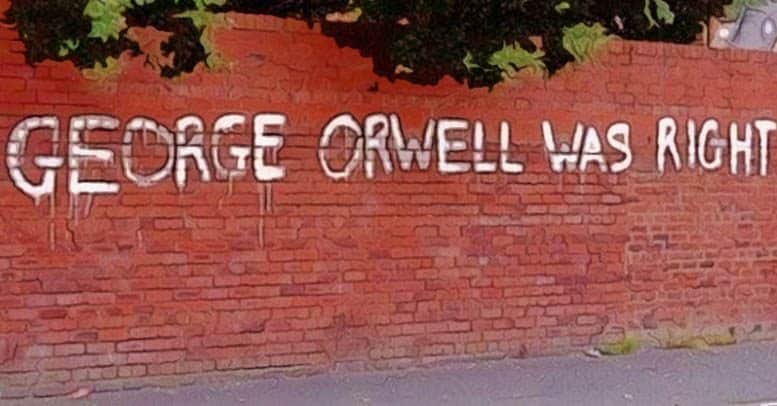 Ever since Technocracy was first dreamed up in 1932, personal privacy has been under attack.

Why? Because original Technocrats saw Technocracy as a system of “Social Engineering” and that meant knowing everything knowable about all citizens across society. They wanted to know everything about your energy consumption, all of your purchases, all of your health details and all of travels. It was lucky for us that they only had pencils and paper to create their self-styled Utopia.

Not today, though. Advanced technology is ubiquitous, ever-present and rapidly developing into a panopticon of surveillance where the “system” knows more about you than you know about yourself. Literally.

The U.S. Constitution is supposed to protect us from these Technocrat pariahs. In particular, the Fourth Amendment states,

The right of the people to be secure in their persons, houses, papers, and effects, against unreasonable searches and seizures, shall not be violated, and no Warrants shall issue, but upon probable cause, supported by Oath or affirmation, and particularly describing the place to be searched, and the persons or things to be seized.

Well, Technocrats hated the Constitution in 1932 and nothing has changed.

WiFi-enabled smart meters now collect and transmit your energy usage to the energy-masters on a minute-by-minute basis, and they can calculate exactly where and how you are consuming all of your energy. All of your social media data is routinely hoovered up by a long line of corporate marketers and various government agencies, including the NSA, CIA and DHS. Your cellphone tracks 100 percent of your meanderings around town.

Then, there is the new field of ‘predictive policing’ that is reminiscent of the 2002 Tom Cruise movie, Minority Report.

Zachary McCoy went out on a bike ride and happened to inadvertently pass by a house that had been burglarized. Then he got a letter from Google that his local police department had served a “geofence warrant” that demanded Google release the private date of anyone who happened to be near the crime scene at the time of the crime, and McCoy’s name was on the list.

Google knows and collects such things, you must realize, because of its users’ GPS, Bluetooth, WiFi, phone apps and cellular connections. Now McCoy is considered a prime suspect in a crime that he had no idea was ever committed in the first place.  Who on earth ever allowed any court to issue a “geofence warrant” in the first place?

In Utah, state leaders recently had a lapse of sanity when they granted full access to a myriad of state data to a private company:

The state of Utah has given an artificial intelligence company real-time access to state traffic cameras, CCTV and “public safety” cameras, 911 emergency systems, location data for state-owned vehicles, and other sensitive data. The company, called Banjo, says that it’s combining this data with information collected from social media, satellites, and other apps, and claims its algorithms “detect anomalies” in the real world. The lofty goal of Banjo’s system is to alert law enforcement of crimes as they happen.

Banjo calls this “Live Time Intelligence” and in the lofty and noble name of solving crimes as they happen, they will suck up every piece of data on everyone in the entire state! No problem though, because “It claims it does this while somehow stripping all personal data from the system, allowing it to help cops without putting anyone’s privacy at risk.”

“Somehow”? Um, since when is state data not completely tied to individual citizens? Well, “Duh!”

You can see where this is headed and it’s nowhere that you want to go. To this writer’s humble logic, citizens in every community in America should get out their torches and pitchforks and storm their city halls to put an end to this nonsense… while there is any time left to do so.

The ‘Pseudo-Ethics’ of Social Justice In Economics, Politics And Religion