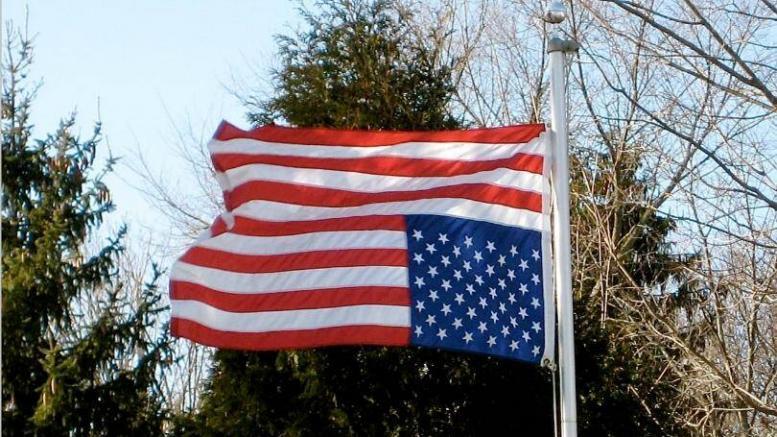 Dr. Anthony Fauci is unquestionably an expert on infectious diseases, serving as the director of the National Institute of Allergy and Infectious Diseases since 1984. He has presided over emerging viruses such as H.I.V., SARS, Swine Flu, MERS, Ebola and others. In every case, the rhetoric that emerged sought to force social and political behavior by suggesting a pandemic and prescribing radical action to combat the threat. Where those other efforts failed to gain traction, the coronavirus COVID-19 has succeeded.

Dr. Fauci has now revealed his true Technocrat colors by stepping beyond his role of merely informing policy-makers to making policy directly. This door was opened when President Trump granted him a policy platform and authority to speak for the Federal government. Big mistake.

Since then, whatever disaster that COVID-19 might bring in medical terms, it has been far surpassed by social, economic and political carnage that can only be described by one term: NATIONAL SUICIDE.

Dr. Fauci might be absolutely correct that COVID-19 is 10 times ‘more lethal’ than the seasonal flu, but since his conclusions and predictions are only verifiable by himself, science has essentially become a god and he has become its sole high-priest.

In any case, his scientific and medical expertise in no way qualifies him as an expert in sociology, economics or political science. Yet, he is driving the shutdown of the entire nation to “prevent COVID-19 from spreading.”

First, alarmist “sky-is-falling” cries were made that millions of Americans could die. Second, the only way to prevent these deaths is to stop contagion by shutting down social and economic activities. Fauci has since claimed that he is open to a 14 day total national shutdown.

That is, shut down sports and community events, schools, churches, restaurants, transportation, factories, services and any other activity where people would come into contact with each other. This insane mentality has now caused national panic among civic leaders as well as citizens.

Ordinary people are  panicked into the irrational hoarding of toilet paper. Really? State governors are firing off executive orders left and right that are essentially promoting a form of “soft martial law” where civic and religious groups above a certain people limit cannot meet. City mayors are shutting down restaurants, churches, schools and government services.

These irrational measures are ripping apart the social and economic fabric of the entire nation. Store shelves are emptied, the stock market is crashing, national economic activity has cratered, all in the name of saving us from the coronavirus.

This is the exact reason why America should NEVER allow Technocrats to run the nation. And yet, Technocrats ARE running the nation anyway… straight into the ground.

When America regains its senses, it will be too late to mitigate the damage. For now, Technocrats like Dr. Fauci should go back to their laboratories to do something useful for mankind and stay out of the business of running the nation.

The Irrational War On Carbon: Toward The 2015 Climate Change Summit in Paris

Government cannot save us from government

How many people are aware that the technocratic globalist pharmaceutical cabal has centralized the production and/or sourcing of most of the worlds critical pharmaceutical drugs and some nutritional supplements in China. I have no idea how the life and death implications of this reality has escaped our attention for so many years. What could possibly go horribly wrong in this scenario; shortages, availability, being cut-off in retaliation? How has China rapidly come to be the worlds pharmaceutical monopoly? If this scenario is not a threat to “national security”, what is? https://www.amazon.com/China-Rx-Exposing-Americas-Dependence/dp/1633883817/ref=sr_1_1?crid=57R0QA71CXLT&keywords=china+rx+by+rosemary+gibson&qid=1584261035&s=books&sprefix=China%2Cstripbooks%2C230&sr=1-1 – Book – China RX by Rosemary Gibson https://www.youtube.com/watch?v=ojWu4i1crAQ… Read more »

https://www.youtube.com/watch?v=ramu4eYcq3Y Thought I would add one

I believe everything is happening so fast, most people have no idea how many freedoms are being taken away. If, and I say if things show a different story (narrative), like the virus isn’t what they proclaim how is it possible to go back to normal if there is a normal anymore? Martial law is being established in liberal states for sure, conservative ones will follow suite, and what if you don’t obey? Have you seen this? What if this martial law is for something else rather than a virus??? We are all going to die, because humans only have… Read more »

As terrible as it may be, the plague of the coronavirus is also a huge blessing. Yep, that’s right. After this fiasco is over, the entire world will be “woke” and much more aware. Also, due to the emptying of many stores’ shelves, much better prepared for the next plague or attack from the Deep State Globalists. In 3 short months God has done what I’ve been working on for 15 years, to awaken people to the dangers of the times we’re living in and push them to get prepared for emergencies. And he’s done it worldwide.

Jesus didn’t call us to become woke, as in past tense as in just happend one time. He calls us to stay awake! Continually, on going. The problem is woke folks are deceived and fall for anything because their brains are shut off from critical thinking and awareness of the whole picture.