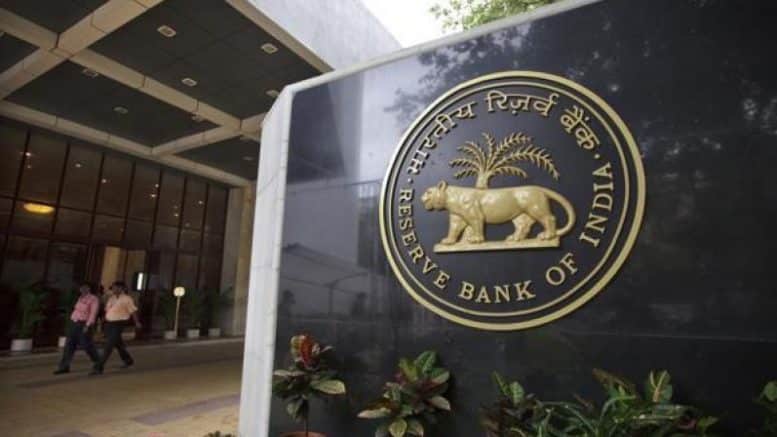 Please Share This Story!
PDF 📄
The United Nations already declared Fintech as the chosen financial system for Sustainable Development, aka Technocracy. It is, of course, all digital and includes creative blockchain technology for management and control of everything. It also demands 100 percent inclusion of all citizens in the system. This IMF article shows how India is leading the way. ⁃ TN Editor

A decade ago, India’s vibrant local markets were filled with people buying and selling goods with we­ll-worn banknotes. Today, they are just as likely to use smartphones. Advances in digital finance mean that millions of people in the formal and vast informal economy can accept payments, settle invoices, and transfer funds anywhere in the country with just a few screen taps. COVID-19 has accelerated the use of contactless digital payments for small transactions as people try to protect themselves from the virus. These advances build on the India Stack—a comprehensive digital identity, payment, and data-management system that we write about in a new paper (Carrière-Swallow, Haksar, and Patnam 2021).

The India Stack is widening access to financial services in an economy where retail transactions are heavily cash based. A digital ID card dramatically lowers the cost of confirming people’s identities. Open-access software standards facilitate digital payments between banks, fintech firms, and digital wallets. And access to people’s personal data is controlled through consent. The expansion of digital payments, facilitated by the stack, is an important driver of economic development in India and has helped stabilize incomes in rural areas and boost sales for firms in the informal sector (Patnam and Yao 2020). Other emerging market and developing economies could learn from the experience.

The first step in the creation of the stack began in 2010 with the launch of a biometric digital ID system dubbed Aadhaar—Hindi for “foundation.” The government initiated a campaign encouraging people to have their photograph, fingerprints, and other biometric details taken at enrollment centers across the country. Each person received a unique 12-digit identification number that could be used to access a range of services. Remarkably, 1.2 billion people—almost 90 percent of India’s population—signed up for a digital ID in less than a decade, about half of them linking their new ID to their bank account (see chart 1). Legal limits on the mandatory use of digital IDs helped protect people’s right to privacy.

Prior to Aadhaar, patchy record-keeping meant that nearly half the population lacked a nationally accepted ID card. Driver’s licenses, voter ID cards, and the like could provide authentication for a patchwork of services. However, the complexity of verifying identity made it costly to deliver banking and other services. After all, who would lend money to someone whose identity was unknown?

India’s central bank saw the potential for Aadhaar to transform banking. It developed an electronic procedure so that commercial banks could verify a new customer’s identity instantly through the Aadhaar database. These biometric checks reliably verify the identity of the holder, thus reducing the likelihood of false identities and fraudulent claims. An ambitious financial development policy (Pradhan Mantri Jan Dhan Yojana) was launched to provide a bank account to all households in India. In just one year, 166 million people had opened accounts as part of the program. The number had risen to almost 384 million by 2019.

Government benefits could be paid directly into these newly opened accounts, and people could access their funds conveniently through debit cards or smartphones. It represented an impressive fast-forward of traditional financial development. Only a decade earlier, just one in three adults in India had a bank account. Similar expansions in financial access elsewhere have taken almost half a century (D’Silva and others 2019).

Persuading people to open bank accounts was just the start, however. Nearly half of all bank accounts in India are inactive, meaning they never receive a deposit—the highest number of inactive accounts in the world (Demirguc-Kunt and others, 2018). Further progress depended on adding more layers to the stack.

Even as the government was widening access to bank accounts, India’s fast-growing fintech firms were launching digital wallets and mobile money. These innovations made it cheap and simple to store and transfer money digitally—even for those without a bank account. This prompted an innovation by the authorities. They introduced a new layer to the retail payment system, known as the Unified Payments Interface (UPI), so that banks could exchange messages and payment orders with nonbank firms. This formed the second layer of India Stack.

With the new system in place, street vendors and small traders without a bank account could receive payments for goods or services through a digital wallet. They could transfer funds instantly to someone else—a struggling relative in a remote village, say—so long as the recipient too had a digital wallet. In many other countries, in developing economies especially, transfers like this would take days or even weeks and would likely involve depositing cash at a distant bank branch and paying hefty transfer fees.

As with the Aadhaar digital ID, a crucial feature of the system was its interoperability: users could transact with all actors in the financial system, public and private, large or small. To participate in the UPI, fintech firms were required to partner with a bank or obtain their own special license. Keeping all participants under the watchful eye of the regulator allowed the central bank to promote financial inclusion while safeguarding stability. The system has expanded rapidly and has also seen the swift entry of big tech firms. Most small retail payments in India are now channeled through the UPI (see chart 2).

Data is emerging as a key part of the digital economy. Access to, and control over, it increasingly determines an economy’s growth, equity, and stability (Carrière-Swallow and Haksar 2019). A third “paperless layer” of the stack allows for verification of digital documents that can replace traditional paper equivalents, increasing efficiency and integrity. More important, the fourth and final layer of the India Stack (which is not yet fully operational) is formed of aggregators that intermediate the flow of financial data between individuals and financial firms.

These data go-betweens (“fiduciaries,” in the jargon) are responsible for managing personal data. Regulations state that they must obtain people’s consent before they process personal data. Fiduciaries may not access or store any data that has been shared, but they can charge for their services. This is a very different approach from those in many other countries. Elsewhere, aggregators typically offer services in exchange for access to data, which they can then use to sell other financial services.

Data fiduciaries can offer the trust that adds synergies to the various layers of India Stack. They can authenticate individuals’ identity, based on their digital ID, and confirm to third parties that data do indeed describe a particular person. Fiduciaries can also use the stack’s application programming interface (API), an open-access software standard that allows different applications to communicate with one another, to certify the veracity of digital documents. These documents might include statements of financial assets, liabilities, and cash flow—a powerful basis for establishing trust in the digital economy and a way for people to leverage the data their activities generate. It can also support access to financial services for people in the informal sector who can produce few records proving their creditworthiness.

No single aspect of the India Stack is entirely unique. However, its comprehensiveness has succeeded in building a more inclusive digital economy from the bottom up. The Indian experience offers several lessons:

Approaches such as the India Stack can support not just open banking but open finance as well, with synergies across banking, wealth management, insurance, and other products across the world.

I personally do not see this development as a component of advancing technocracy, and I am assuming its posting on this website is not meant to convey that message. Having spent several years in South Asia working with agriculturalists to improve their food production, I lost count of the number of times I witnessed rural people struggling with their local “glacial” banking system. It was heart-rending to see people struggle with obtaining access to cash, credit, property titles and licenses to move forward with their business ventures. In a country of 1.2 billion people such as India, in a land area one-third the… Read more »

[…] India Stack: The Future Of Fintech, Cashless Society And Total Inclusion India appears to be chosen by the NWO to lead the way for total final control under the 666 Surveillance System. […]