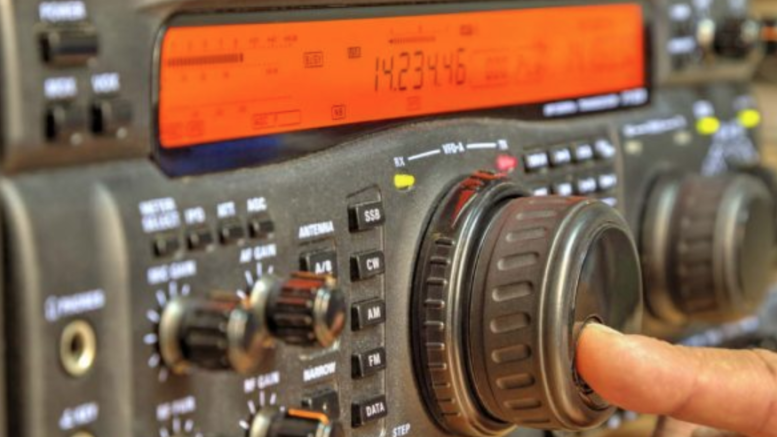 Please Share This Story!
PDF 📄
Technocrats in California are driven to destroy infrastructure, culture and society in general. Killing the ubiquitous and immensely useful ham radio network used for hobby and emergency situations, is patently insane – unless you are a Technocrat. ⁃ TN Editor

The People’s Republic of California is at it again! Reports are coming in that through unelected state officials, California is trying to sever ties to ham radio repeater owners throughout the state, jeopardizing the lives of millions of Californians who depend on these repeaters to operate during emergencies.

Last month, repeater operators were sent emails telling them the State would no longer allow them to operate repeaters on public land without paying substantial rental fees. In the letter sent by CAL FIRE, the state claims Ham operators no longer provide a benefit to the state or public safety. They claimed that “constantly changing technological advances” has made Ham radio obsolete during an emergency.

Keep in mind; this was done while the state was shutting power down in 34 of its counties because its infrastructure cannot handle 20-30 mph winds without risking wildfire breakouts throughout the state.

What is a Ham Radio Repeater

An amateur radio repeater system is a two-way radio system that takes weaker or low-level amateur radio signals and retransmits them at a higher level or higher power so that the radio signal can cover longer distances without degradation. It is a vital part of the local emergency communications system, and Ham Radio operators have been using them for decades to provide support during disasters that take out local communication infrastructure.

Why would they remove something that is the last line of defense during a disaster?

What is infuriating here is people are going to die because of this decision. It costs the State of California nothing to allow these repeaters on public land; in fact, Ham Radio Operators pay for the equipment and maintain the equipment at their own cost. Ham Radio operators also make nothing from running these radio repeaters; they do so as a service to the public to help ensure the public’s safety during natural disasters and emergencies.

While paying billions of dollars a year to cater to illegal immigrants and welfare bums, California is now targeting hard-working Ham operators who provide critical and vital Disaster Emergency Communications. These people have absolutely lost their minds!

Even most Hams haven’t taken notice, but in 2012 the federal government launched FirstNet, a public safety nationwide broadband network that many in the government think will make Ham radio operators obsolete. In reality, its nothing more than a $47 Billion Federal Cell Phone Network that itself is already obsolete. In fact, it needs LOTS of infrastructure to function, and it creates multiple, single points of failure.

The real story here is Ham Radio is a threat to the government. We make them look stupid! They spend billions on infrastructure that breaks down, while we can literally take a hundred bucks in equipment, some random wires, and in minutes set up a radio system that can communicate with anyone in the world. Hell, I’ve used my kid’s slinky, some Television Coax Cable, and a solar battery system to build a mobile rig that I’ve used to talk to people around the world — You can check out the Radio Rig Here.

They don’t want the public to realize that we can take care of ourselves, and do a much better and cheaper job doing so!

All will be crushed. Only the news the rulers want you to hear will not. So now Fake News is all you will hear.

Of course Kalifornia communists do not want individuals to have any way to communicate via systems they can not control or remove instantly, like they can with cell service. The ability to tell the outside world what is really going on, or for Kal citizens to get truthful information from the outside world, can not be tolerated. It’s imperative they control all information going in and out- just like the communist Chinese. Otherwise absolute indoctrination fails.

Removing Ham Radio towers would effectively reduce the “people’s” ability to communicate dangerous turn of events promulgated by government. We must fight these Communist demons at every turn and in every corner where they attack.

“When the apocalypse comes, we’re the guys who a going to save the world right” ITM

Ham Radio is stupid and has no practical value. We have world wide communication over the Internet and everyone has a cell phone. So playing with a Rice Box is a mental disorder.