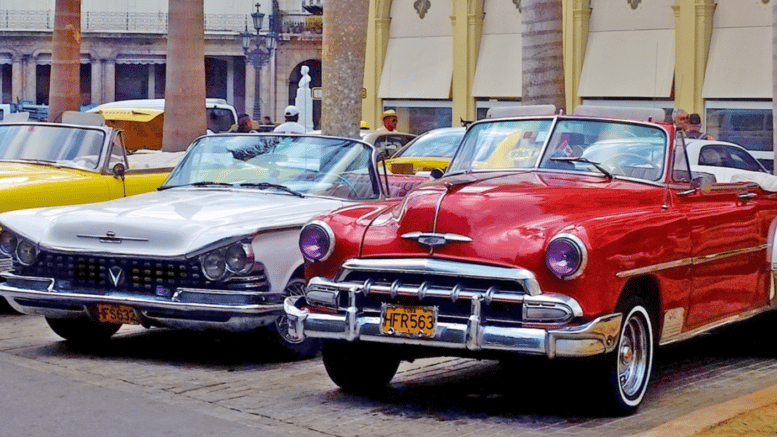 Please Share This Story!
PDF 📄
California is a perfect mega-example of “Go woke, go broke”.  On July 18, the Supreme Court ruled that the EPA cannot set emissions caps. The California Air Resources Board (CARB) thinks it can just do it anyway, making California the first and only government in the world to ban gas cars. ⁃ TN Editor

California on Thursday is expected to put into effect its sweeping plan to prohibit the sale of new gasoline-powered cars by 2035, a groundbreaking move that could have major effects on the effort to fight climate change and accelerate a global transition toward electric vehicles.

“This is huge,” said Margo Oge, an electric vehicles expert who headed the Environmental Protection Agency’s transportation emissions program under Presidents Bill Clinton, George W. Bush and Barack Obama. “California will now be the only government in the world that mandates zero-emission vehicles. It is unique.”

The rule, issued by the California Air Resources Board, will require that 100 percent of all new cars sold in the state by 2035 be free of the fossil fuel emissions chiefly responsible for warming the planet, up from 12 percent today. It sets interim targets requiring that 35 percent of new passenger vehicles sold in the state by 2026 produce zero emissions. That would climb to 68 percent by 2030.

The restrictions are important because not only is California the largest auto market in the United States, but more than a dozen other states typically follow California’s lead when setting their own auto emissions standards.

“The climate crisis is solvable if we focus on the big, bold steps necessary to stem the tide of carbon pollution,” Gavin Newsom, the governor of California, said in a statement.

California’s action comes on top of an expansive new climate law that President Biden signed last week. The law will invest $370 billion in spending and tax credits on clean energy programs, the largest action ever taken by the federal government to combat climate change. Enactment of that law is projected to help the United States cut its emissions 40 percent below 2005 levels by the end of this decade. Still, it will not be enough to eliminate U.S. emissions by 2050, the target that climate scientists say all major economies must reach if the world is to avert the most catastrophic and deadly impacts of climate change.

To help close the gap, White House officials have vowed to couple the bill with new regulations, including on automobile tailpipe emissions. They have also said that reducing emissions enough to stay in line with the science also will require aggressive state policies.

Experts said the new California rule, in both its stringency and reach, could stand alongside the Washington law as one of the world’s most important climate change policies, and could help take another significant bite out of the nation’s emissions of carbon dioxide. The new rule is also expected to influence new policies in Washington and around the world to promote electric vehicles and cut auto pollution.

At least 12 other states could potentially adopt the new California zero-emissions vehicle mandate relatively soon; another five states, which follow California’s broader vehicle pollution reduction program, are expected to adopt the rule in a year or so. If those states follow through, the restrictions on gasoline-vehicle sales would apply to about one-third of the United States’ auto market.

[…] Click this link for the original source of this article. Author: via DNYUZ […]

“The climate crisis is solvable if we focus on the big, bold steps necessary to stem the tide of carbon pollution,” -Gavin Newsom False. Despite the repeated mantra of political hacks, there is no statistically significant evidence that human CO2 emissions have had an impact on overall climate. 96% of US data at NOAA weather stations does not meet NOAA data quality standards, and results in significant over-estimation of climate heating. There is no way to ascertain the minimal additional radiative forcing of CO2 when the temperature record is so wrecklessly inflated. Not only is the temperature record inflated, but 95% of IPCC… Read more »

In one word……ILLEGAL! The Right to Travel (by any means that ones sees fit)!!

I have an idea of the people who will still riding in gas/diesel automobiles, sailing on yachts, sailboats and ocean cruisers and flying in airplanes. The Klaus and the Bill Gates types. Since these folks own all of the major corporations in every industry, own and run world governments. If things work out according to their plans (the fascist bureaucrat and technocrat leagues). They (the 1%) will continue to carry on with their comforts and luxuries while denying the rest of the human population any chances of freedom, good health, prosperity or comforts of any sorts.