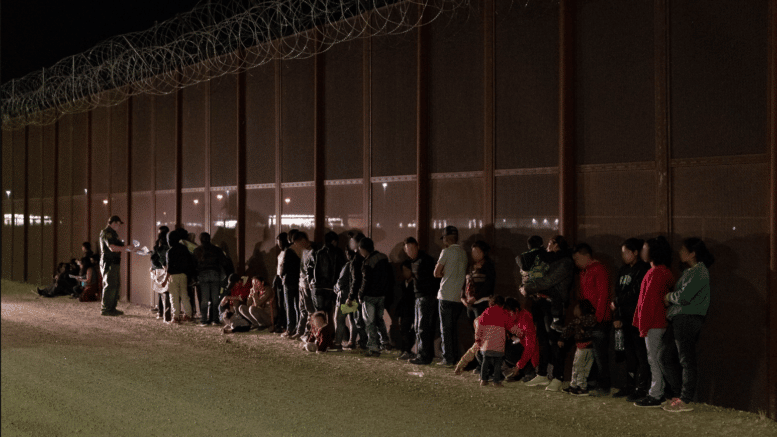 Please Share This Story!
PDF 📄
Illegal immigration into Europe and the US is the specific policy of the Trilateral Commission that re-birthed Technocracy in 1973. The late Peter Sutherland said, “No other force—not trade, not capital flows—has the potential to transform lives in sustainable, positive ways and on the scale that migration does”. He almost single-handedly broke Europe through invasion from the mideast.

In 2012, BBC reported EU should ‘undermine national homogeneity’ says UN migration chief. He created the Global Migration Forum and told 160 nations that the future prosperity of EU states depended on multiculturalism. It was a bold face lie, and it ripped Europe apart instead.

Sutherland was head of the European branch of the Trilateral Commission, former chairman of BP and the chairman of Goldman Sachs International.

There are only two areas where migration invasion is taking place: Europe and the United States. Immigrants are not flooding to Argentina, China, India or Uganda. The purpose for this policy is to break Western civilization while preparing the way for the Great Reset. ⁃ TN Editor

Nearly 5 million illegal immigrants have crossed U.S. borders in the 18 months since President Joe Biden took office, according to a new report.

A total of 4.9 million illegal aliens, including some 900,000 “gotaways” who evaded apprehension and have since disappeared into American communities, have entered the country by the end of July, the Federation for American Immigration Reform (FAIR) said in a statement on Aug. 16.

“Roughly the equivalent of the entire population of Ireland has illegally entered the United States in the 18 months President Biden has been in office, with many being released into American communities,” FAIR President Dan Stein said in the statement.

He blamed Biden for putting the unprecedented surge down to external factors, not the administration’s own “sabotage” of immigration laws. After rolling back key Trump-era policies, Biden presided over the largest number of apprehensions of illegal immigrants at the U.S.–Mexico border in a calendar year in history, recording almost 1.9 million arrests last year.

“The endless flow of illegal aliens and the incursion of lethal narcotics pouring across our border will not end until this administration demonstrates a willingness to enforce our laws,” Stein said.

The White House didn’t immediately respond to a request for comment.

Two million illegal aliens have entered the country in the first 10 months of this fiscal year, according to data from U.S. Customs and Border Protection (CBP). In June, more than 207,000 illegal immigrants were apprehended attempting to cross the U.S.–Mexico border, making this the highest number of June apprehensions in history.

Although July saw a slim decline in CBP encounters at the southwest border of nearly 200,000, it turned out to be the 17th straight month with more than 150,000 encounters, representing a 325 percent increase over the average number of July apprehensions under the Trump administration, the statement reads.

We’re Marxist Mayorkas and the DHS Migrant Bus Taxi and Air Service and we approve the five million gimmegrants. Standing by for more!

[…] Clinton, almost 5 million illegal aliens have poured into the country since Joe Biden took office.  How do you […]

[…] Clinton, virtually 5 million unlawful aliens have poured into the nation since Joe Biden took workplace.  How do you counsel […]