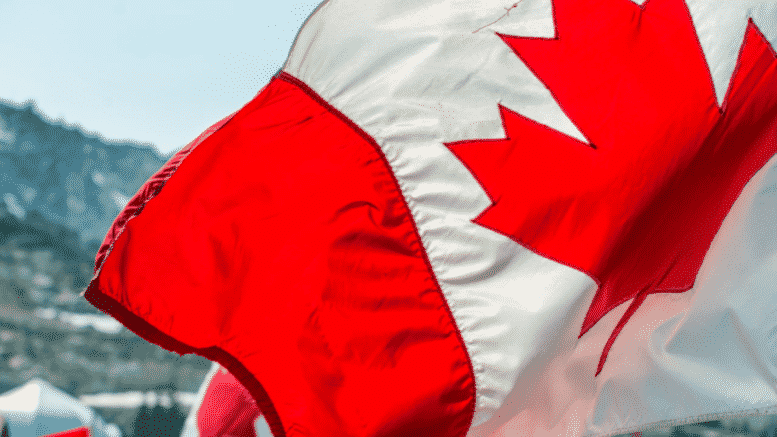 Please Share This Story!
PDF 📄
And just like that, Canada flipped into a full-blown tyrannical regime. It wasn’t just Trudeau who flipped. Parliament voted 185-151 to support his actions, basically institutionalizing the destruction of all protests and free speech. The U.S. will soon be receiving refugees seeking asylum from Trudeau and his gang of henchmen. ⁃ TN Editor

The Canadian Parliament voted Monday night to approve Prime Minister Justin Trudeau’s motion to invoke the Emergencies Act by a vote of 185 for and 151 against.

Trudeau invoked the Act, an unprecedented move, last week claiming it necessary to dispel peaceful protests linked to the Freedom Convoy movement, which is demanding an end to civil rights violations by the Trudeau government allegedly necessary to fight the Chinese coronavirus. At press time on Monday, no active Freedom Convoy protests exist anywhere in Canada.

The motion to uphold the invocation of emergency powers by Prime Minister Justin Trudeau passed in a vote in the Canadian House of Commons on Monday, with the Liberal Party and the NDP and other allies garnering 181 votes for the motion.

The motion was opposed by the Conservative Party of Canada (CPC) and the separatist Bloc Quebecois (BQ) and their allies, who voted against it with 151 votes, broadcaster CBC reports.

The passing of the measure in the House of Commons is the first step toward confirming the use of the act, which allows the government significant powers.

Instead, the act was largely used to clear protests in Canada’s capital Ottawa over the weekend and was used to freeze the bank accounts of those linked to the protest. It was also used to force tow truck companies to remove trucks in Ottawa occupying the area around the parliament buildings after the government had trouble hiring tow truckers previously, as many allegedly refused.

Earlier in the day on Monday, Prime Minister Trudeau defended his continued use of the Emergencies Act, despite the fact all of the protests had been cleared or had ended prior to its invocation.

Canadian banks will receive the names of people involved in “Freedom Convoy” protests that have descended on the nation’s capital, a first step in a financial crackdown on demonstrators being instituted by the far-left government of Justin Trudeau. https://t.co/4ECPR9r8h0

“This state of emergency is not over. There continue to be real concerns about the coming days,” Trudeau said and added, “People [are] out there indicating that they are ready to blockade, to continue their illegal occupations to disrupt Canadians’ lives. We feel that this measure needs to remain in place.”

It shocks me to watch the vote being taken in Parliament, posted on Youtube, that resulted in approving the “War Measures Act”/aka Emergency Power Act. I did not think it would pass… but it goes to show how many Libs are participating in the Globalocracy. I had to chuckle darkly at the comment about Canadian refugees. Throughout the trucker revolt, I was aware this could end in disaster and it did. Similarly, the planned American version will result in some sort of disaster too… which reinvigorated my thinking on how to resist. It turns out that orwell.city is researching the… Read more »

[…] And just like that, Canada flipped into a full-blown tyrannical regime. It wasn’t just Trudeau who flipped. Parliament voted 185-151 to support his actions, basically institutionalizing the destruction of all protests and free speech. The U.S. will soon be receiving refugees seeking asylum from Trudeau and his gang of henchmen.  Technocracy News […]

Schwab is correct for a change. He and his YGLs have infiltrated at least 1/2 of the CN government. Most are in Trudeau’s cabinet. The rest are making money off covid returns, the returns to CN that Trudeau, himself, setup with the drug companies.

Back in the 1960’s, people would go to Canada to avoid having to go into the meat grinder of Vietnam. Today, people from Canada will be coming to the US to avoid the tyranny of Castro Jr and his Nazi sidekick Freeland, and their Handlers!

VERY INTERESTING ! This is why Justin Trudeau just dropped the declaration of the #EmergencyAct
It all makes sense now.
#DigitalID
https://theconservativetreehouse.com/blog/2022/02/23/boom-trudeau-reversal-motive-surfaces-canadian-banking-association-was-approved-by-world-economic-forum-to-lead-the-digital-id-creation/

Could only shake my head in disbelief. Today he stated that putins war was war against freedom and democracy. I mean hello last week your own country. He saw one swastike and got upset. But sees a whole brigade of azov . Sends them guns. The frank zappa quote illusion of democracy is more apt now than ever