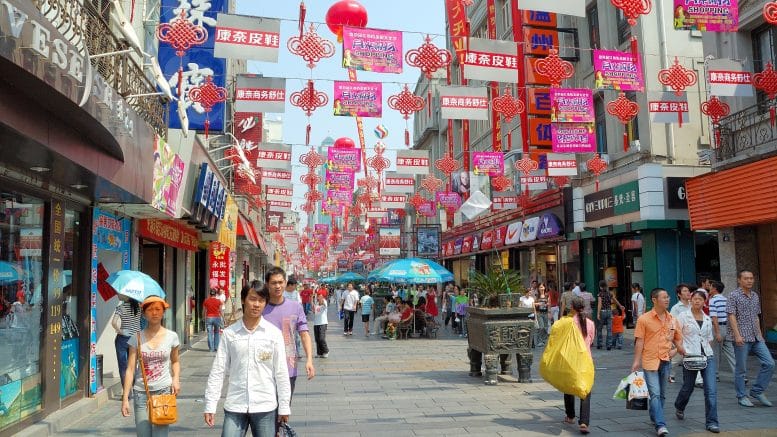 Please Share This Story!
PDF 📄
When your personal data turns bad, whether real or imagined, China will basically ex-communicate you from the good life, and they have already done this to tens of millions of detractors. This is as effective as Tiananmen Square slaughter, but was implemented slowly so people never had a clue what was happening to them. Now, they are trapped, shunned, penalized and in some cases, destitute.  ⁃ TN Editor

The terrifying initiative, which has been rolled out through pilot scheme, bans low-rated people from buying plane tickets and sending their kids to private s

China’s  ‘social credit’ system blacklists “lazy” citizens who get into debt or spend their time playing video games in a creepy initiative that could have come straight out of Black Mirror.

While the social credit scheme will become mandatory in China in 2020, it is currently being tested in pilot schemes which have been rolled out through private financial companies.

The most high profile of these is Sesame Credit which has been developed by Ant Financial and uses computer algorithms to score people from 350 to 950, reports The Guardian.

It appears the authoritarian one-party state believes that someone who plays a PlayStation or an Xbox is an “idle person”, reports the BBC.

Those with a low-rating are “blacklisted” meaning they are unable to book a plane flight, prevented from renting or buying property and are unable to secure a loan or stay in a luxury hotel, reports MarketPlace.org.

One of the largest schemes currently operating is in Shanghai where jaywalking, traffic violations and skipping train fares can get you blacklisted.

But that’s not all. Citizens who do not visit their elderly parents or do not sort out their garbage into the appropriate recycling bins can also be penalised and effectively frozen out by the state.

Businessman Xie Wen spoke with MarketPlace.org after he was blacklisted following a financial dispute in which he never paid a debt to a client who sued his company.

He was then added to the Chinese Supreme Court’s list of “discredited” people.

Wen said: “It hurt my business. My clients didn’t trust me. I didn’t get much work.”