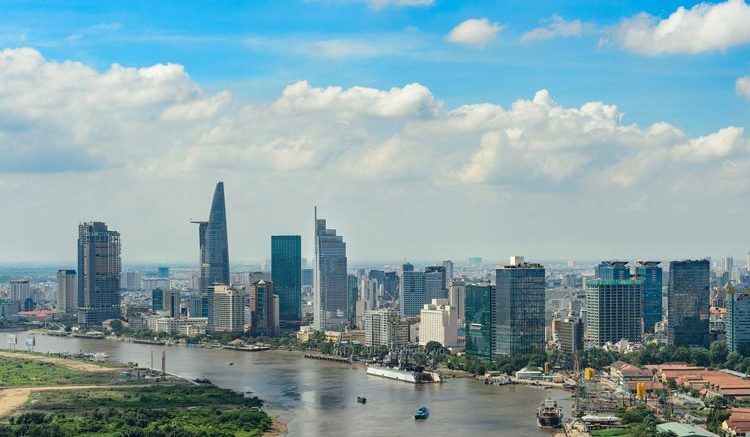 Posted By: Chris Horton via The Atlantic January 13, 2020

Please Share This Story!
PDF 📄
Wherever China gets its Technocratic hooks into a nation and then local economy, sparks begin to fly as they take over development, planning and social practices. Locals seldom win and concern is building everywhere. ⁃ TN Editor

When I returned to Xigang after five years, I couldn’t recognize it. What had been a small but generally well-maintained beach town had become a sprawling mess of a city; construction, mud, and piles of garbage were seemingly everywhere. The Han Chinese with whom I spoke trumpeted the new opportunities that Beijing was bringing to the local Gaomian ethnic minority in this frontier outpost. The Gaomian people, they told me, didn’t know how to develop their land and resources. Xigang may be a mess now, but, they assured me, it would emerge looking like a modern Chinese city.

Yet Xigang isn’t a Chinese city, at least in the geographic sense. Xigang itself is the Chinese name for the Cambodian port of Sihanoukville. Local Gaomian people—known in English as Khmer—have watched their home on the Gulf of Thailand change from a pleasant (if not entirely safe) place frequented by Western gap-year backpackers and beer-swilling sexpats, to what many consider a colonial settlement. A Chinese military presence appears more and more plausible.

With its inclusion in Chinese President Xi Jinping’s Belt and Road Initiative, Sihanoukville now finds itself firmly in Beijing’s embrace, one that is facilitated by Xi and China’s growing role as benefactor of Cambodian Prime Minister Hun Sen. It is an embrace that looks likely to tighten. Last summer, Beijing announced that a new consulate would be opened in the city, and The Wall Street Journal reported that the two countries had signed a deal to allow Chinese vessels access to the nearby Ream naval base. In mid-October, China’s ambassador to Cambodia, Wang Wentian, helped establish a Chinese chamber of commerce office in Sihanoukville. And it has plenty of potential members: According to local statistics, more than 90 percent of businesses in the city are now Chinese-owned. Hun Sen, a former Khmer Rouge officer and one of the world’s longest-serving leaders, has maintained his position by deftly playing different patrons as needed: first Vietnam, then international aid organizations, and now China.

The rapid change in Sihanoukville illustrates the risks of that approach, both for Hun Sen and for Beijing. China’s move into this city, at remarkable speed and scale, has fostered resentment among Cambodians toward new arrivals who, locals complain, flaunt laws and treat long-time residents with contempt. The changes here illustrate the costs to China—tangible and intangible—of its hefty outward expansion, both through its Belt and Road initiative, and with the huge numbers of Chinese who are moving to fast-developing places such as Sihanoukville to capitalize.

Many Cambodians I spoke with voiced concerns about Sihanoukville turning into a de facto Chinese colony, and the consensus was that they were being treated like second-class citizens in their own homeland. At one restaurant, when I told a Cambodian employee that I was visiting from Taiwan, he referenced the opposition in other locales where Beijing has sought to impose its will. “Taiwan says no to China, Hong Kong says no to China,” he told me, “but Hun Sen only says yes to China.”