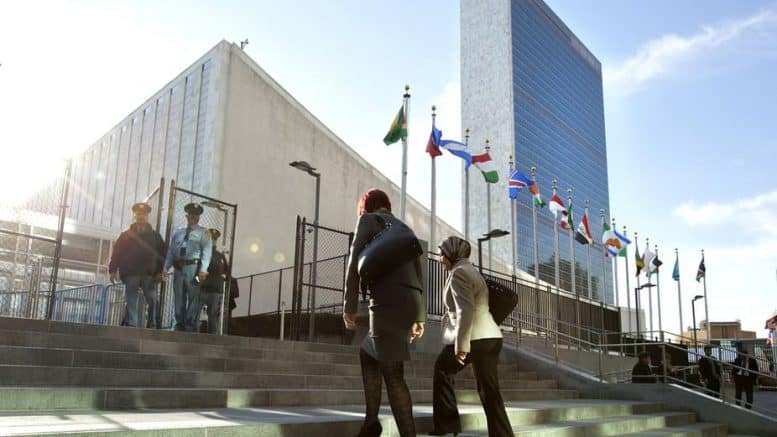 As predicted by Dr. Parag Khanna in Connectography, global cities are slated to eclipse the nation-state in controlling the world’s economy and societal structure. The UN is pushing this agenda with the New Urban Agenda and the 2030 Agenda initiatives. ⁃ TN Editor

Over the past two years, urban issues – from sustainability in the built environment, to inequality in cities – have become an international priority. Cities, in turn, are taking on a more important role in global politics; the growth of city diplomacy has forged hundreds of city networks and thousands of transnational initiatives.

These developments have been disrupting the established political order. Cities are now relating directly to global instruments, treaties and commitments, often bypassing states – as seen in the steps taken by many cities to implement the Paris Agreement on climate change, despite opposition from central governments.

These efforts are being met with growing recognition – not least by the United Nations (UN), which has introduced an urban focus to negotiations and agreements of international significance, such as the Sendai Framework for disaster risk reduction, the universally-binding Sustainable Development Goals(SDGs), and the Addis Ababa Agenda on financing sustainable development.

Perhaps the most relevant development yet, though, was when 170 of the UN’s member states agreed on the New Urban Agenda – a road map to guide the growth of cities over the next 30 years – at the Habitat III conference in Quito, Ecuador in October, 2016.

Yet the process leading up to and beyond Habitat III raised questions as to whether the UN is fit for purpose, when it comes to addressing major global urban challenges. These concerns materialised in the appointment of an independent panel on the effectiveness of UN-Habitat – the agency responsible for the UN’s work on human settlements and urban development.

The panel reported its findings at a high-level meeting of the UN’s General Assembly (UNGA) over September 5 and 6, where I spoke for academia, offering my input on the panel’s recommendations alongside numerous other representatives and delegates involved with UN-Habitat.

The discussions made clear that reform is already afoot, and welcome at the highest level of the UN. As UN Deputy Secretary General Amina Mohammed said in her opening speech, the organisation now recognises that “the global response to the promise of urbanisation has been inadequate”.

Bold recommendations are needed, as too much of the urban work in the UN system is fragmented across different arms of the organisation. The stakes are high, as the reform of UN-Habitat is seen by Mohammed as a “litmus test for UN reform ambitions” – so far, a key focus for the new UN Secretary General António Guterres, who took office in January 2017.

I live in Edmonton, a medium-sized city in Alberta Canada. Our Mayor and Council are a bunch of indoctrinated Sustainable Development freaks. People have negelected municipal politics thinking that all the power lies at the provincial/state and federal levels. In fact, constantly re-elected incumbents in City races are grabbing more and more power and changing our lives whether we like it or not. It is time for conservatives not to be bullied by these local politiicians with a Globalist agenda. Perhaps the only way to do that is to start building political Parties at the local level.