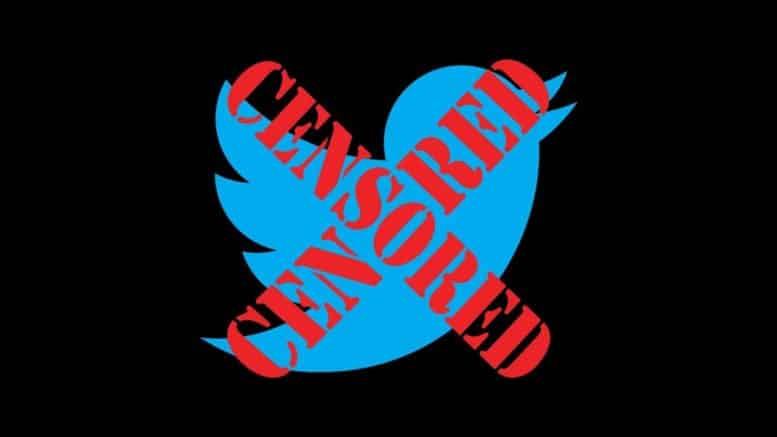 Rep. Matt Gaetz (R-FL) has filed a complaint with the Federal Election Commission (FEC) against Twitter after he discovered that his account was being shadowbanned – the practice of excluding or reducing the visibility of one’s tweets from normal circulation on the platform.

Gaetz’s decision comes after several weeks of conservative users proving that they’ve been subject to “Quality Filter Discrimination” (QFD) shadowbans, as well as a “glitch” reported by VICE that excluded user’s names from auto-populating search results.

During an appearance with Fox’s Tucker Carlson, Gaetz announced that he had filed the FEC complaint, which “gives his political rivals an unfair advantage,” reports Cassandra Fairbanks of the Gateway Pundit.

Earlier in the week, Gaetz told the Daily Caller “The evidence is piling up that I am being treated differently on Twitter than people on the political Left and I don’t like that because I enjoy the Twitter platform, I enjoy the engagement, I enjoy the candor,” adding “I would think that having won my election with 69 percent of the vote to serve in the Congress that the marketplace of ideas could accommodate my views.”

“So I believe that Twitter may have illegally donated to the campaigns of my opponents by prejudicing against my content,” he said, while also noting over Twitter that several prominent conservative lawmakers were also subject to the practice.

Perhaps in his FEC complaint Gaetz will include undercover videos from Project Veritas, which caught several Twitter employees in Januaryadmitting to shadow bans and other bias against conservatives.

Abhinav Vadrevu:  “One strategy is to shadow ban so you have ultimate control. The idea of a shadow ban is that you ban someone but they don’t know they’ve been banned, because they keep posting but no one sees their content.”

“So they just think that no one is engaging with their content, when in reality, no one is seeing it. I don’t know if Twitter does this anymore.”

Meanwhile, Olinda Hassan, a Policy Manager for Twitter’s Trust and Safety team said on December 15th, 2017 at a Twitter holiday party that the development of a system of “down ranking” “shitty people” is in the works:

As we reported on Wednesday, Twitter’s product lead Kayvon Beykpour issued a mostly useless explanation over the platform on Wednesday morning, suggesting that they’re “always working to improve our behavior-based ranking models,” and that their “breadth an accuracy doesn’t make judgements based on political views.”

And on Friday, Twitter issued an Orwellian proclamation announcing that they totally don’t shadowban people, except then they describe exactly how they do so.

“People are asking us if we shadow ban. We do not. But let’s start with, “what is shadow banning?”

The best definition we found is this: deliberately making someone’s content undiscoverable to everyone except the person who posted it, unbeknownst to the original poster.” –Twitter

Then, Twitter reiterates they don’t shadow ban – with the caveat in parentheses that you may need to go directly to the timeline of some users in order to see their tweets.

“We do not shadow ban. You are always able to see the tweets from accounts you follow (although you may have to do more work to find them, like go directly to their profile). And we certainly don’t shadow ban based on political viewpoints or ideology.” –Twitter

In other words, Twitter says they don’t shadow ban – it’s just that tweets from people you follow may never appear unless you click directly into their timeline.

Congress Started A Fight Over Free Speech ??? Ahahahaha !!! If The Words LOGIC, REALITY, TRUTH, MORALITY And HONESTY Still Possess The Same Definition And Carries The Same Meaning As They Were Originally Created To Do… Then The First Punch Litterally Started This 1st Amemdment Fight As All First Punches Always Start All Fights… Hence Congress Didn’t START this Damned Fight… In All Honesty And Reality Congress Is Actually Defending Against The NWO DEMONCRAT COMMIES Who Threw The FIRST PUNCH Against Our First Amendment Rights And Freedoms Know As Free Speech… I Really Do Wish These NWO DEMONCRAT COMMIES Would… Read more »