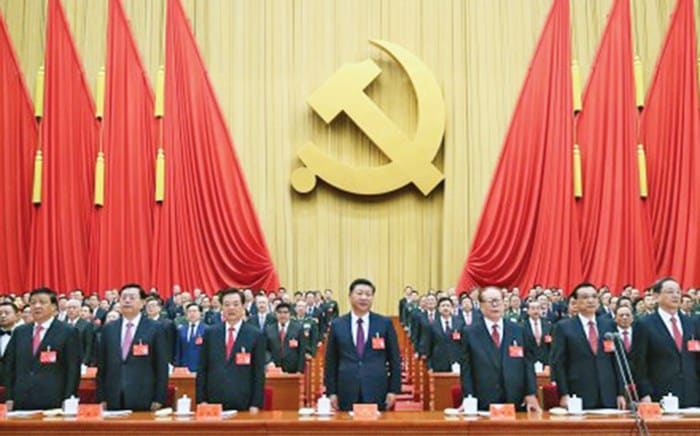 As a Technocracy, China believes that science can solve any and all problems faced by its society. Thus, it is logical that they would apply AI to foreign policy, but it is also extremely dangerous to remove human judgement from the equation. AI is dispassionate and completely devoid of emotions. ⁃ TN Editor

The programme draws on a huge amount of data, with information ranging from cocktail-party gossip to images taken by spy satellites, to contribute to strategies in Chinese diplomacy.

Attention, foreign-policy makers. You will soon be working with, or competing against, a new type of robot with the potential to change the game of international politics forever.

Diplomacy is similar to a strategic board game. A country makes a move, the other(s) respond. All want to win.

Artificial intelligence is good at board games. To get the game started, the system analyses previous play, learns lessons from defeats or even repeatedly plays against itself to devise a strategy that can be never thought of before by humans.

It has defeated world champions in chess and Go. More recently, it has won at no-limit Texas Hold’em poker, an “imperfect information game” in which a player does not have access to all information at all times, a situation familiar in the world of diplomatic affairs.

Several prototypes of a diplomatic system using artificial intelligence are under development in China, according to researchers involved or familiar with the projects. One early-stage machine, built by the Chinese Academy of Sciences, is already being used by the Ministry of Foreign Affairs.

The ministry confirmed to the South China Morning Post that there was indeed a plan to use AI in diplomacy.

“Cutting-edge technology, including big data and artificial intelligence, is causing profound changes to the way people work and live. The applications in many industries and sectors are increasing on daily basis,” a ministry spokesman said last month.

The ministry “will actively adapt to the trend and explore the use of emerging technology for work enhancement and improvement”.

China’s ambition to become a world leader has significantly increased the burden and challenge to its diplomats. The “Belt and Road Initiative”, for instance, involves nearly 70 countries with 65 per cent of the world’s population.

The unprecedented development strategy requires up to a US$900 billion investment each year for infrastructure construction, some in areas with high political, economic or environmental risks.

The researchers said the AI “policymaker” was a strategic decision support system, with experts stressing that it will be humans who will make any final decision.

The system studies the strategy of international politics by drawing on a large amount of data, which can contain information varying from cocktail-party gossip to images taken by spy satellites.

When a policymaker needs to make a quick, accurate decision to achieve a specific goal in a complex, urgent situation, the system can provide a range of options with recommendations for the best move, sometimes in the blink of an eye.