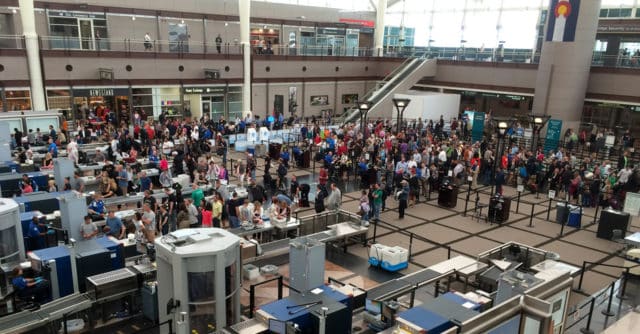 The Department of Homeland Security which runs the TSA has long since gone rogue is trampling U.S. citizens’ Constitutional Rights under the Fourth Amendment. Even Federal Air Marshals themselves question the legality of their actions. A police state is necessary for Technocracy to be fully implemented because citizens would never tolerate it otherwise. ⁃ TN Editor

Federal air marshals have begun following ordinary US citizens not suspected of a crime or on any terrorist watch list and collecting extensive information about their movements and behavior under a new domestic surveillance program that is drawing criticism from within the agency.

The previously undisclosed program, called “Quiet Skies,” specifically targets travelers who “are not under investigation by any agency and are not in the Terrorist Screening Data Base,” according to a Transportation Security Administration bulletin in March.

The internal bulletin describes the program’s goal as thwarting threats to commercial aircraft “posed by unknown or partially known terrorists,” and gives the agency broad discretion over which air travelers to focus on and how closely they are tracked.

But some air marshals, in interviews and internal communications shared with the Globe, say the program has them tasked with shadowing travelers who appear to pose no real threat — a businesswoman who happened to have traveled through a Mideast hot spot, in one case; a Southwest Airlines flight attendant, in another; a fellow federal law enforcement officer, in a third.

It is a time-consuming and costly assignment, they say, which saps their ability to do more vital law enforcement work.

TSA officials, in a written statement to the Globe, broadly defended the agency’s efforts to deter potential acts of terror. But the agency declined to discuss whether Quiet Skies has intercepted any threats, or even to confirm that the program exists.

Release of such information “would make passengers less safe,” spokesman James Gregory said in the statement.

Already under Quiet Skies, thousands of unsuspecting Americans have been subjected to targeted airport and inflight surveillance, carried out by small teams of armed, undercover air marshals, government documents show. The teams document whether passengers fidget, use a computer, have a “jump” in their Adam’s apple or a “cold penetrating stare,” among other behaviors, according to the records.

Air marshals note these observations — minute-by-minute — in two separate reports and send this information back to the TSA.

All US citizens who enter the country are automatically screened for inclusion in Quiet Skies — their travel patterns and affiliations are checked and their names run against a terrorist watch list and other databases, according to agency documents.