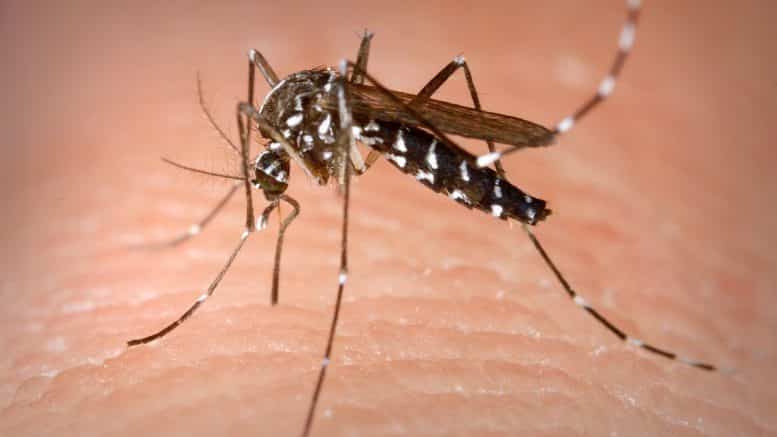 DARPA invests capital into private enterprise with the sole intent of harvesting new technology that can be militarized and weaponized for the purpose of warfare. In this case, applying extinction technology to insects is theoretically transferrable to any other species as well. ⁃ TN Editor

A US military agency is investing $100m in genetic extinction technologies that could wipe out malarial mosquitoes, invasive rodents or other species, emails released under freedom of information rules show.

The documents suggest that the US’s secretive Defense Advanced Research Projects Agency (Darpa) has become the world’s largest funder of “gene drive” research and will raise tensions ahead of a UN expert committee meeting in Montreal beginning on Tuesday.

The UN Convention on Biological Diversity (CBD) is debating whether to impose a moratorium on the gene research next year and several southern countries fear a possible military application.

UN diplomats confirmed that the new email release would worsen the “bad name” of gene drives in some circles. “Many countries [will] have concerns when this technology comes from Darpa, a US military science agency,” one said.

The use of genetic extinction technologies in bioweapons is the stuff of nightmares, but known research is focused entirely on pest control and eradication.

Cutting-edge gene editing tools such as Crispr-Cas9 work by using a synthetic ribonucleic acid (RNA) to cut into DNA strands and then insert, alter or remove targeted traits. These might, for example, distort the sex-ratio of mosquitoes to effectively wipe out malarial populations.

Some UN experts, though, worry about unintended consequences. One told the Guardian: “You may be able to remove viruses or the entire mosquito population, but that may also have downstream ecological effects on species that depend on them.”

“My main worry,” he added, “is that we do something irreversible to the environment, despite our good intentions, before we fully appreciate the way that this technology will work.”

Jim Thomas, a co-director of the ETC group which obtained the emails, said the US military influence they revealed would strengthen the case for a ban.

“The dual use nature of altering and eradicating entire populations is as much a threat to peace and food security as it is a threat to ecosystems,” he said. “Militarisation of gene drive funding may even contravene the Enmod convention against hostile uses of environmental modification technologies.”

Todd Kuiken, who has worked with the GBIRd programme, which receives $6.4m from Darpa, said that the US military’s centrality to gene tech funding meant that “researchers who depend on grants for their research may reorient their projects to fit the narrow aims of these military agencies”.

Between 2008 and 2014, the US government spent about $820m on synthetic biology. Since 2012, most of this has come from Darpa and other military agencies, Kuiken says.

Wouldn’t that be a great way to wipe out nations (and/or undesired parts of populations) you want to get rid of (and haven’t we always been looking for ways to control population growth anyway?). You can simply dispense aerosols containing such technology, let’s say in form of a modified virus, from the jets employed for the ongoing and catastrophic climate engineering projects. At the same time, selected populations can be protected by vaccination. A scenario like this would go hand in hand with WHO’s 2018 list of pandemic pathogens including the one they don’t know but call ‘Disease X’. To… Read more »