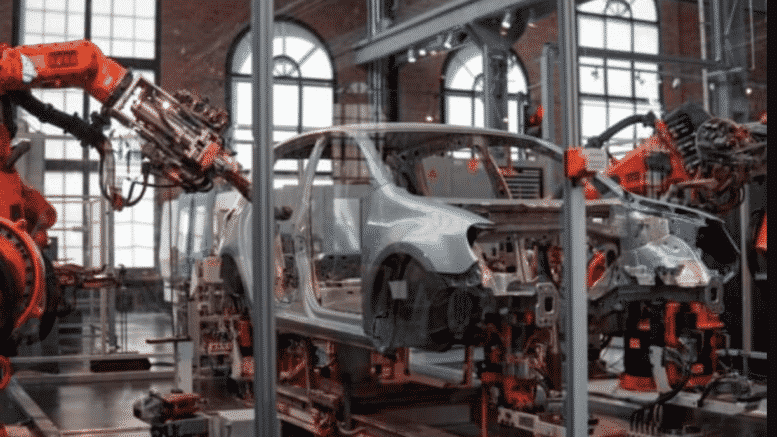 Please Share This Story!
PDF 📄
Technocrats promised that robots and automation are supposed to make life easier and more enjoyable. What could have gone wrong with that? Well, it turns out to be another empty promise that so far has resulted in the exact opposite outcome. At the present rate of change. the trend can only get worse. ⁃ TN Editor

Death by robots might seem like an unusual cause of death, but as robots replace people on factory floors, there has been a rise of suicides and drug overdoses — especially in people between 45 to 54. A new study found a link between automation of U.S. manufacturing and an increased mortality rate among working-class adults.

“For decades, manufacturers in the United States have turned to automation to remain competitive in a global marketplace, but this technological innovation has reduced the number of quality jobs available to adults without a college degree — a group that has faced increased mortality in recent years,” says lead author Rourke O’Brien, assistant professor of sociology in Yale’s Faculty of Arts and Sciences in a media release. “Our analysis shows that automation exacts a toll on the health of individuals both directly — by reducing employment, wages, and access to healthcare — as well as indirectly, by reducing the economic vitality of the broader community.”

The team tracked U.S. industries transitioning to automation between 1993 and 2007. Then, they overlapped these trends with U.S. death-certificate data over the same time period to estimate the mortality rate of working-age adults in those counties and how they died.

One association found in the study included an elevated increase in suicides among middle-aged men. They also associated the rise in automation with drug overdose deaths among men and women between 20 and 29. Specifically, automation appeared to have contributed to a 12% increase in drug overdose mortality among working-age adults. There was also evidence of lost jobs and lower wages caused by automation linking to an increase in murder, cancer, and heart disease.

One reason behind the uptick in deaths is the inability to have an affordable income. The study authors say governments with resources such as social safety net programs, higher minimum wages, and limited access to prescription opioid programs can weaken the effects of automation on people’s health.

The study is available to read in the journal Demography.

Death By Robot–I wonder what category that goes in for the Darwin Awards? Weird.