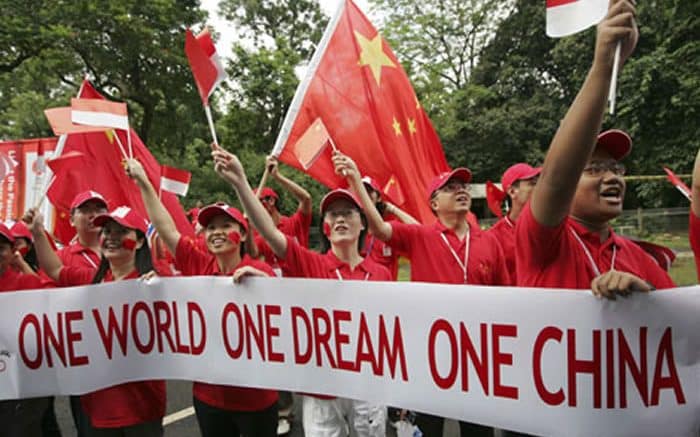 Please Share This Story!
PDF 📄
Technocracy in China is a greater threat to the world than military domination, although the two could go hand-in-hand. Technocracy means total Scientific Dictatorship and China is racing to complete its global net. ⁃ TN Editor

China’s growing power throughout the world presents an existential threat to Americans’ future that they are not prepared for, experts warned Thursday during a panel discussion at the 2019 Conservative Political Action Conference (CPAC).

“This is an existential threat. The American people are not prepared to deal with it, but this will be the challenge of our generation, and maybe later ones as well,” said Gordon G. Chang, author and expert on China.

The panel, entitled, “China, the Global Menace,” was one of several during the three-day conference exploring the challenge to the U.S. from a rising China.

Rick Fisher, senior fellow on Asian Military Affairs at the International Assessment and Strategy Center, said China has been methodically building networks around the world, as well as a military that will project power around the globe.

For example, the Shanghai Cooperation Organization started in 1996 as an economic cooperation body, but “all it produces are military exercises,” Fisher said.

He said in July, China announced the China Africa Defense and Security Forum, which includes every country on the African continent but is “controlled by the People’s Liberation Army.”

“So this is the beginning of a second proto-alliance, and they make no bones publicly [that they are] working to form a similar forum in all the countries of Latin America and the Caribbean,” he said.

Experts on the panel said China is the largest source of support outside the region for the Cuban communist regime, the Venezuelan dictatorship, and other left-wing regimes.

Retired Navy Captain Jim Fanell, a former intelligence officer and current fellow at the Geneva Center for Security, said more and more Chinese navy vessels have been going to the Caribbean.

“I expect at some point in the near future, you’re going to start seeing Chinese intelligence collection vessels operating in the Caribbean and more closely to each of our coasts, because they’ve been very frustrated that we’ve been operating inside the first island chain in the Western Pacific,” he said.