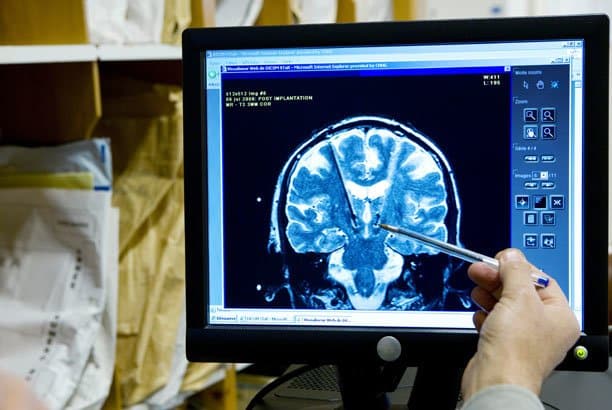 Part of the Transhuman dream is to achieve God-like omniscience, which is the goal with brain implants. Who would control the knowledge available to you? Google. Proceed at your own risk. ⁃ TN Editor

GOOGLE will be inside our heads as brain implants are developed to revolutionize AI for humans, according to an artificial intelligence expert.

Top AI expert Nikolas Kairinos believes within 20 years, implants put into human’s heads will allow us to not have to memorise a thing.

The CEO and Founder of Fountech.ai exclusively told Daily Star Online: “You won’t need to memorise anything.

Nick said humans, without making a sound or typing a single thing, will hear the answer to any question we may have inside our heads.

“Without making a sound or typing anything, you can ask something like ‘how you you say this in French?’ and instantly you’ll hear the information from the AI implant and be able to say it.”

Nick says the need to learn things in “parrot fashion” as we are taught in schools will disappear completely.

He revealed: “The need to actually learn something parrot fashion is going to disappear because we will have access to that instantly.

“Google will be in your head, and that’s not far-fetched.”

Nick has more than 20 years’ experience of working with start ups and focuses on problem solving using artificial intelligence.

He revealed his thoughts on the future of AI to Daily Star Online and told us the massive changes he believes robots will have on our everyday lives.

What if you could make money, or type something, just by thinking about it? It sounds like science fiction, but it might be close to reality.

In as little as five years, super smart people could be walking down the street; men and women who’ve paid to increase their intelligence.

Northwestern University neuroscientist and business professor Dr. Moran Cerf made that prediction, because he’s working on a smart chip for the brain.

“Make it so that it has an internet connection, and goes to Wikipedia, and when I think this particular thought, it gives me the answer,” he said.

Cerf is collaborating with Silicon Valley big wigs he’d rather not name.

“Everyone is spending a lot of time right now trying to find ways to get things into the brain without drilling a hole in your skull,” Cerf said. “Can you eat something that will actually get to your brain? Can you eat things in parts that will assemble inside your head?”

It sounds mind-blowing. Relationships might be on the line.

“This is no longer a science problem. This is a social problem,” Cerf said.