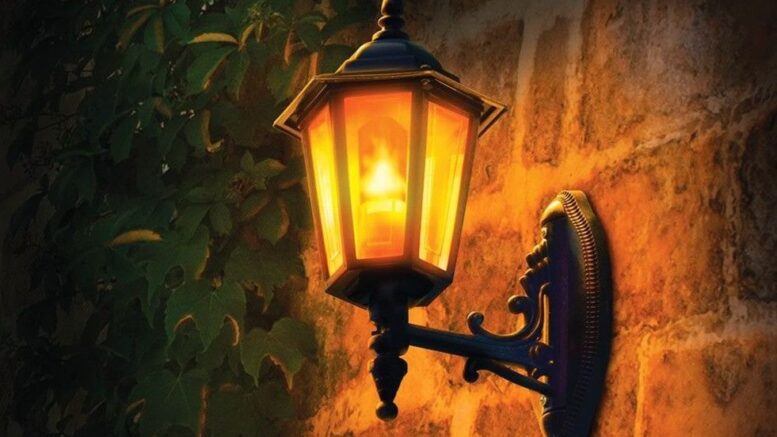 Please Share This Story!
PDF 📄
Merriam Webster on gaslighting: to psychologically manipulate (a person) usually over an extended period of time so that the victim questions the validity of their own thoughts, perception of reality, or memories and experiences confusion, loss of confidence and self-esteem, and doubts concerning their own emotional or mental stability. ⁃ TN Editor

There are two ways to understand the COP26 pantomime beginning its second week of wasting everyone’s time and money in Glasgow, Scotland. One is to read Ephesians 6:12; the other is to recognise it for what it really is: a gigantic eco-fascist gaslighting operation.

It’s all about the optics. The spectacle of dozens of world leaders and their vast entourages arriving in their fleets of private jets is designed to awe the gullible masses into believing that the ‘climate crisis’ is real and urgent and the number one priority. The hyperbolic language of imminent doom is designed to generate an air of fear and panic and ‘something must be done!’ The clown show of designated cultural influencers (gorilla-hugging, whispery-voiced Malthusian David Attenborough; Leo DiCaprio; the inevitable Doom Goblin Greta Thunberg; etc) is aimed at reassuring us: ‘It isn’t just politicians who know this to be true. So too do your favourite TV and movie stars and pigtailed, autistic school dropouts!’

None of this mass propaganda would be possible, however, without the compliance of the media. For the evil spell to work its magic on the beglamoured populace, all the papers and TV news operations must be in agreement that a) the event is of paramount newsworthiness and b) that everyone present is speaking and acting in good faith, obviating any need to subject their claims to critical analysis.

This is why the lying media establishment (which, of course, now includes Big Tech and much of the online media) has been working harder than ever to persuade the world that the debate is over. Only a minority of cranks, tinfoil hatters, paid operatives of Big Oil and science-denying deplorables now dispute the reality of the climate crisis, the narrative runs. All the scientists and other experts reached unanimity on this subject long ago, supposedly.

Here are some examples of this mainstream media/Big Tech gaslighting operation.

According to the Mail, Davie said when speaking on a panel of media bigwigs organised to coincide with COP26:

‘The overwhelming consensus is that we, as humanity, are causing global warming. There are voices on the fringes but, in my view, when it comes to due impartiality for the BBC, we are now at a point where we have consensus around that.

‘But then you do get into political debate around policy, speed of change, the social consequences – there is tough stuff to debate and we will do that as the BBC.’

(Top-rated reader comment below the Mail article: ‘Defund the BBC’. The public are not fooled.)

BBC rewrites the history of Climategate

Climategate was a public relations disaster for the eco-fascists because, via leaked emails, it demonstrated beyond doubt the dishonesty, corruption, malfeasance, intolerance, greed and incompetence of the scientists at the heart of the Climate Industrial Complex’s nefarious agenda.

So, naturally, the BBC (probably the single biggest cheerleader for that green agenda) has been working overtime to rewrite history and subvert the truth for its own ends.

It has made a fake-news docudrama called The Trick in which, one of the dodgy shysters caught red-handed in the Climategate emails is recast as a heroic and selfless climate scientist harassed by evil, nasty deniers. It has also produced a Radio 4 documentary called ‘The Hack That Changed the World’, majoring on the data-theft aspect of the story but completely whitewashing the skullduggery of the crooked scientists.

Twitter on Monday will roll out a new program designed to “pre-bunk” climate misinformation, or get ahead of false narratives about climate by exposing people to more accurate information about the crisis on its platform.

This is a classic case of Quis custodiet ipsos custodes? [Who guards the guardians?] Given Twitter’s extreme green agenda bias, there is zero reason to have any faith that its designated experts will combat ‘misinformation.’ On the contrary, they are much more likely to be promoting it.

As Allum Bokhari reported, this was a politically motivated hit job cooked up by the Center for Countering Digital Hate, another Potemkin front for radical left/climate industrial complex vested interests.

The basis for this allegation is flimsy indeed:

The CCDH study, shared with the Washington Post, alleges that Breitbart News is the most influential of ten publishers on Facebook that publishes “climate change denial content” — and then goes on to claim that a writeup of a radio interviewee criticizing far-left congresswoman Alexandria Ocasio-Cortez’s “Green New Deal” is “climate change denial.”

When criticising a hard-left politician now constitutes ‘climate change denial’ you know that the phrase has lost all meaning. But, for the purposes of the eco-fascist narrative it really doesn’t matter whether these allegations are true or not. They are created purely in order to generate negative headlines in the MSM, which can then be used further to intimidate and marginalise sceptics, and to bully and cow those publications still brave and honest enough to run their stories.

Even the opposition to COP26 is now mostly controlled opposition

Belatedly, the MSM has run a few token sceptical articles on COP26 — perhaps as a sop to the many readers who are incensed that all this climate lunacy is being promoted against their interests and without consulting them.

The Spectator, for example, has run a piece by former Chancellor Nigel Lawson, which begins:

Human folly is all too common. But in a long life I have never come across anything remotely as bad as the current climate scare.

Decarbonisation, in short, would be an unparalleled economic calamity. So how is it that the UK and most of the western world have signed up to it? The answer can only be conjectural. I suggested at the start that the current climate scare is a quasi-religious hysteria. Mankind seems to have a psychological need for a belief system. Traditionally in the West, this has been Christianity; but with the waning place of Christianity in the modern world, climate catastrophism has emerged to take its place.

All perfectly true. So why undermine this sensible message by running it next to an article by the egregious Gavin Schmidt, an activist-scientist notorious for pushing the green agenda at NASA GISS?

if you want to hear extremely cogent facts opposing this climate change agenda look up Tony Heller on Youtube. He provides a plethora of facts demonstrating how data purporting to show the reality of climate change is being manipulated, massaged and outright falsified.