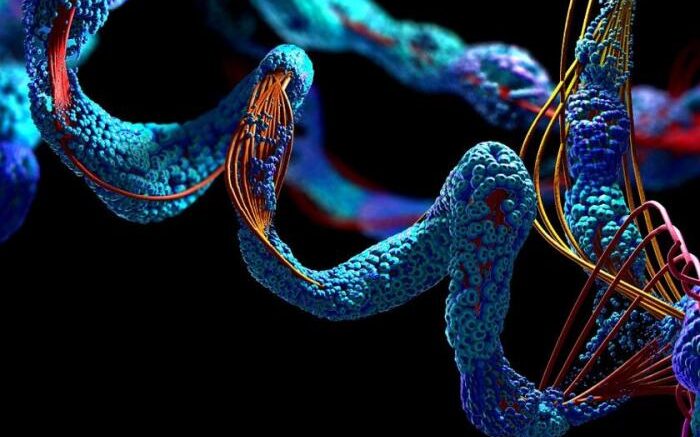 Please Share This Story!
PDF 📄
Google’s parent, Alphabet, is already deeply embedded in the medical industry, but is expanding with a new subsidiary, Isomorphic Labs. The company will attempt to discover the “common underlying structure between biology and information science”, in a quest to accelerate new drug discovery. It will partner with pharmaceutical and biomedical companies. ⁃ TN Editor

I believe we are on the cusp of an incredible new era of biological and medical research. Last year DeepMind’s breakthrough AI system AlphaFold2 was recognised as a solution to the 50-year-old grand challenge of protein folding, capable of predicting the 3D structure of a protein directly from its amino acid sequence to atomic-level accuracy. This has been a watershed moment for computational and AI methods for biology.

Building on this advance, today, I’m thrilled to announce the creation of a new Alphabet company –  Isomorphic Labs – a commercial venture with the mission to reimagine the entire drug discovery process from first principles with an AI-first approach and, ultimately, to model and understand some of the fundamental mechanisms of life.

For over a decade DeepMind has been in the vanguard of advancing the state-of-the-art in AI, often using games as a proving ground for developing general purpose learning systems, like AlphaGo, our program that beat the world champion at the complex game of Go. We are at an exciting moment in history now where these techniques and methods are becoming powerful and sophisticated enough to be applied to real-world problems including scientific discovery itself. One of the most important applications of AI that I can think of is in the field of biological and medical research, and it is an area I have been passionate about addressing for many years. Now the time is right to push this forward at pace, and with the dedicated focus and resources that Isomorphic Labs will bring.

An AI-first approach to drug discovery and biology

The pandemic has brought to the fore the vital work that brilliant scientists and clinicians do every day to understand and combat disease. We believe that the foundational use of cutting edge computational and AI methods can help scientists take their work to the next level, and massively accelerate the drug discovery process. AI methods will increasingly be used not just for analysing data, but to also build powerful predictive and generative models of complex biological phenomena. AlphaFold2 is an important first proof point of this, but there is so much more to come.

At its most fundamental level, I think biology can be thought of as an information processing system, albeit an extraordinarily complex and dynamic one. Taking this perspective implies there may be a common underlying structure between biology and information science – an isomorphic mapping between the two – hence the name of the company. Biology is likely far too complex and messy to ever be encapsulated as a simple set of neat mathematical equations. But just as mathematics turned out to be the right description language for physics, biology may turn out to be the perfect type of regime for the application of AI.

They are in Great Big Trouble with God! https://www.kingjamesbibleonline.org/Romans-Chapter-1/

[…] The Days of Noah: ‘Digital Biology’: Biology Viewed As An Information Processing System […]