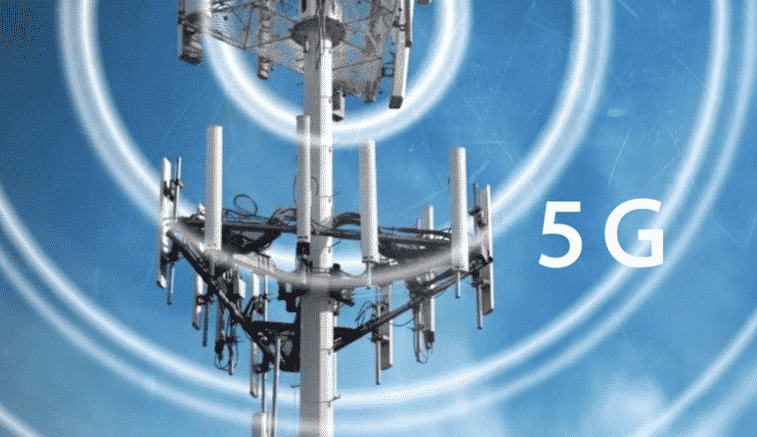 The fact that the Technocrat elite flatly ignore stern and documented warnings against 5G, indicates that they have some ulterior agenda that they must accomplish regardless of the negative impact on humans. It is the establishment of Technocracy, aka, Scientific Dictatorship. ⁃ TN Editor

Are you still under the misconception that unchecked exposure to electromagnetic field (EMF) and radiofrequency (RF) radiation is of no concern? Then I urge you to view the featured documentary, “5G Apocalypse — The Extinction Event” by Sacha Stone.

Please understand that while I am not in agreement with some of Stone’s conspiracy theories on the militarization of these frequencies, the science is beyond solid to justify concern about 5G without throwing in conspiracy allegations. I do believe that, overall, the documentary was well done and nicely packages the nonconspiracy information.

EMF Exposure Has Dramatically Increased Over the Past 100 Years

Indeed, even the earlier, and less intense, generations of wireless technologies have been shown to produce severe harm over time. As explained in my 2017 interview with Martin Pall, Ph.D., professor emeritus of biochemistry and basic medical sciences at Washington State University, the primary danger of EMFs — and what drives the processes of chronic disease — is mitochondrial damagetriggered by peroxynitrites, one of the most damaging types of reactive nitrogen species.

Devices that continuously emit EMF radiation at levels that damage your mitochondria include your cellphone, cellphone towers, Wi-Fi routers and modems, baby monitors and “smart” devices of all kinds, including smart meters and smart appliances.

If you go back in time to the end of World War I, around 1918 or so, and use that timeframe as a baseline of EMF exposure among the general public, you come to the astonishing conclusion that EMF exposure has increased about 1 quintillion times over the past 100 years.

It’s irrational to assume that this radical increase — an increase of 1 billion times — could not have adverse effects on the environment and human health. The reality is that most people are experiencing biological impacts as a result of this exposure, but have no appreciation of the damage it’s causing until it’s too late. Even then, it’s extremely difficult to link EMF exposure to the symptoms or the disease.

Understanding the Mechanisms of Harm

According to Pall’s research,1,2,3,4 low-frequency microwave radiation such as that from your cellphone and wireless router activates the voltage-gated calcium channels (VGCCs) located in the outer membrane of your cells. According to Pall, VGCCs are 7.2 million times more sensitive to microwave radiation than the charged particles inside and outside our cells, which means the safety standards for this exposure are off by a factor of 7.2 million.

Low-frequency microwave radiation opens your VGCCs, thereby allowing an abnormal influx of calcium ions into the cell, which in turn activates nitric oxide (NO) and superoxide which react nearly instantaneously to form peroxynitrite.5

Peroxynitrite than catalyzes massive oxidative stress by the creation of free radicals that are associated with an increased level of systemic inflammation and mitochondrial dysfunction, and are thought to be a root cause for many of today’s chronic diseases.

For an in-depth understanding of peroxynitrites and the harm they inflict, see “Nitric Oxide and Peroxynitrite in Health and Disease”6 — a 140-page paper with 1,500 references written by Dr. Pal Pacher, Joseph Beckman and Dr. Lucas Liaudet. It’s an epic paper and one of the best reviews I’ve ever read, and can be downloaded for free.

One of its most significant hazards of peroxynitrite is that it damages DNA. The European REFLEX study published in 2004 revealed the nonthermal effects of 2G and 3G radiation are actually very similar to the effects of X-rays in terms of the genetic damage they cause.7

Your body has the capacity to repair that damage through a family of 17 different enzymes collectively called poly ADP ribose polymerases (PARP). However, while PARP work well, they require NAD+ for fuel and when they run out of NAD+ they stop repairing your DNA, which can lead to premature cell death as over 100 to 150 NAD+ molecules are needed to repair every DNA strand break.

NAD+ is central to maintaining cellular and mitochondrial health, so the fact that PARP consumes NAD+ to counteract EMF damage is an important concern. Can you improve your NAD+ levels? Yes, but it’s a complex topic that really requires a book to carefully explain. As a first step, though, you need to reduce NAD+ consumption, which necessitates limiting your EMF exposure.

Were the negative effects of EMFs immediately recognizable, matters would be much simpler. Alas, it doesn’t work that way. The damage accrues over time, similar to that from smoking. For years, you can get away without feeling any ill effects until, all of a sudden, you’re beset with debilitating symptoms.

Researchers are in general agreement that there’s a latency period of about 10 years or more before the damage shows up, which places children at greatest risk, since their exposures begin much earlier (nowadays in utero) and persist throughout life unless steps are taken to minimize their daily exposure.

While the controversy over EMF damage has centered around whether or not it can cause cancer, especially brain tumors, this actually isn’t your greatest concern. Since the damage is strongly linked to activation of your VGCCs, it stands to reason that areas where VGCCs are the densest would be most vulnerable to damage.

As it happens, the highest density of VGCCs are found in your nervous system, your brain, the pacemaker in your heart and in male testes. As a result, EMFs are likely to contribute to neurological and neuropsychiatric problems, heart and reproductive problems, including but not limited to cardiac arrhythmias, anxiety, depression, autism, Alzheimer’s and infertility.

Indeed, this is what researchers keep finding, and all of these health problems are far more prevalent and kill more people than brain cancer.

One of the main problems with 5G is that it relies primarily on the bandwidth of the millimeter wave (MMW), which is primarily between 30 gigahertz (GHz) and 300GHz,8 and are known to penetrate 1 to 2 millimeters of human skin tissue.9,10

Its ability to penetrate tissue and cause a severe burning sensation is exactly why MMW was chosen for use in crowd control weapons (Active Denial Systems) by the U.S. Department of Defense.11

5G, vaccines, gylcophate, GMO foods, gene edited live stock, etc are all inadequately tested and regulated and all damage or alter human dna. Fertility rates, life expectancy and IQ are all in decline. Population decline may soon follow. Sounds like a malthusian-eugenics conspiracy. Alternatively those few humans who survive these stresses without negative effects could accelerate human evolution so there may be a touch of transhumanism involved. Those lesser humans, dumbed down and short lived as they are will be will easily be controlled by the technocrats using technology such as 5G, AI and robotics, kept in numbers necessary for… Read more »

It’s called Soft Kill or an insidious way to Cull the population and get RICH while doing it..

Life expectancy in decline? Are you kidding me? From what levels? People live too long as it is, outliving their savings and becoming a burden on their families and society. Used to be people kicked the bucket at 50 or so…now people routinely live to be 80 and even 100. I agree that IQ is in decline, but that isn’t an organic problem; it’s a result of liberals running our educational system. In my school district, they just did away with cursive. Now grade schoolers can’t even sign their own names without an iPhone.

It’s been on the decline for a least three years now it amazes me that folks by and large cannot connect the dots.

Most people do not know that we have a fierce enemy, and all the while God is waiting for you to say yes to Him. Where do you think evil people come up with their ideas? It’s quite Satanic. Choose now, because there truly is a wonderful life ahead if you choose wisely, if not there will be eternal punishment in hell. There is only 2 choices, only 2. Heaven or hell. God knows all about it. For God so loved the world that he gave his only begotten son that whosoever believes in him should not perish but have… Read more »

Great article and very informative! Thanks