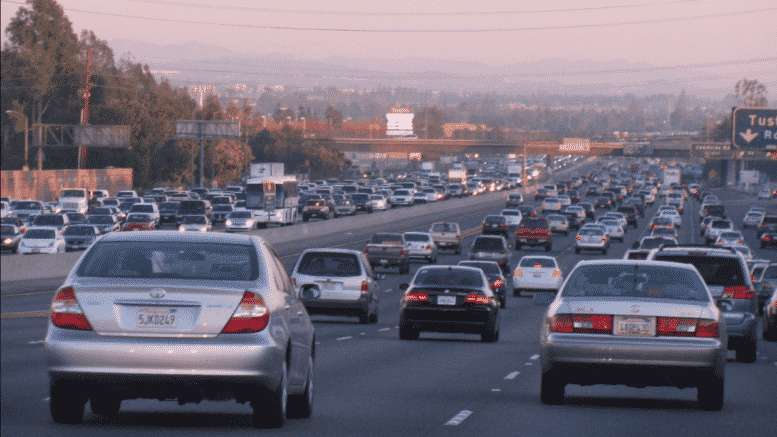 Please Share This Story!
PDF 📄
California legislators, already largely unplugged from reality, are unafraid of making any kind of wild legislation such as banning gas-powered automobiles entirely. This would ride on the back of the Green New Deal. ⁃ TN Editor

California without gasoline-burning cars? The idea is starting to be floated.

A top regulator came close Thursday, but ultimately backed away from directly raising the notion of giving the boot to exhaust-belching automobiles, a staple of life in the freeway-happy Golden State for more than a century.

Speaking at an air-quality workshop in San Diego, Mary Nichols, chair of the California Air Resources Board, was expected to toss in the idea of killing off gas-powered cars based on her prepared remarks. They called for her to list ways in which the state can get tougher on pollution.

“That might mean, for example, tougher requirements for low-carbon fuels, looking at tighter health-protective regulations on California refineries, doubling down on our enforcement efforts on mobile and stationary sources — and might lead to an outright ban on internal-combustion engines,” according to the remarks obtained by Bloomberg News.

But when it came to actually delivering the remarks, the direct reference to a gas-engine ban was omitted. In closing the conference, Nichols said if the air can’t be cleaned fast enough, tougher measures like “fees, taxes and bans on certain types of vehicles” might be required. She added, “These are things that most of us don’t think is the right way to go.”

Nichols wasn’t proposing a gas-vehicle ban on a whim, said Simon Mui, senior scientist for the Natural Resources Defense Council. Rather, she was reacting to steps that California may have to take to stay in compliance with toughening federal clean-air regulations. If the state, famous for its smoggy air, were to fall short, it would face sanctions.

“The feds have clearly put the states into a bind,” Mui said after attending the conference.

“It’s time that we clear the path for emissions-free transportation and take significant steps to achieve our ambitious emissions reduction goals,” Assemblyman Phil Ting, a San Francisco Democrat, said in a statement at the time.

Go CA be the first to ban conventional cars, trucks and trains. Way to crash your already fragile economy.

Well they could have wind-up cars. I used to have them when I was a kid. All you need is a key! Better than batteries, for sure.