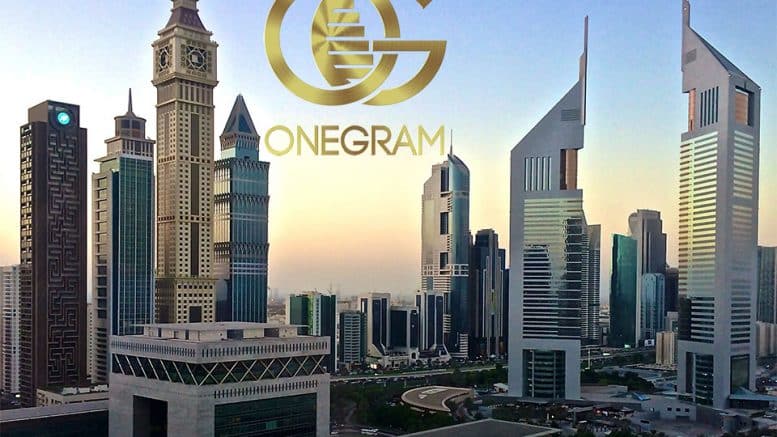 The launch of the first-ever Islamic finance-compatible cryptocurrency could be a game changer for the entire Islamic banking industry and the way it does its finance business, its founder says.

OneGram, launched in May in Dubai, calls itself the world’s first Shariah-compliant cryptocurrency whose value is backed by actual gold reserves. The company started selling a total stock of 12.4mn digital tokens on May 21 that are backed by one gram of gold each, aiming to raise around $500mn in its “Initial Coin Offering” programme. At its sister company GoldGuard, a Dubai-based online gold trading platform, OneGram will store the physical gold – bought through Australian-based ABX (Allocated Bullion Exchange) – in a gold vaults inside the Dubai Airport Free Zone which is currently being built. This would create a completely gold-backed, redeemable digital currency.

OneGram’s founder and CEO, Mohammed Ibrahim Khan, says he felt inspired by the now popular cryptocurreny Bitcoin when it was launched eight years ago, but he also felt that Bitcoin and similar cryptocurrencies were not designed with Islamic markets in mind, although they are considered to have more “intrinsic value” than fiat money created in the conventional finance system that is based upon debt. However, since there hasn’t been an Islamic evaluation as to whether Bitcoin is halal or not, its use is subdued in the Arab world.

“While the 1.6bn Muslims make up over 23% of the world population, many Muslims simply can’t use cryptocurrencies because of their restricted legal status and high barriers of entry in many countries in the Islamic world,” Mohammed notes, adding that the physical backing by gold, which also implements the newly announced halal gold standard, would change that since OneGram has Shariah scholars on its board who ensure that the company is fully compliant with Islamic finance requirements.

At the time of writing, a little over 22,000 of OneGram tokens have been sold, primarily through US dollar wire transfers and Bitcoin conversions, and over 2.7mn were allocated to potential buyers. According to Mohammed, large-scale funds of more than $200mn have been committed to be invested into the cryptocurrency by Tabarak Investment Capital, an investment bank in Dubai, as well as by “seven high-net-worth individuals in OneGram’s network.” For the rest, he hopes for individual or institutional investors who are invited to invest up to $10,000 instantly and more through a verified and funded account. The sale of the OneGram coins (OTC) is going on until September 22 this year and no more coins will be ever issued from then.

The ultimate objective for OneGram is to create a blockchain-based payments solution around its tokens that complies with Islamic finance standards. Its name will be “YalaPay”, and there will be an incentive programme for retailers and companies to participate. OneGram also plans a cooperation with Mastercard to create a “Liquid Gold” debit card which can be used across the globe in ATMs, at point of sales systems and online and can be loaded with OneGram coins, gold value or normal money.

For investors, three factors could boost the OneGram’s token value over time, namely an anticipated rise of the gold price and increasing market demand for the coins which is expected to go up after the initial sales period. In case the initial offering does not sell out, the unsold coins will be “burned” (made unusable) and taken out of circulation. Furthermore, since each transaction of OneGram coins generates a small transaction fee which is reinvested in more gold, the amount of gold that backs each OneGram coin increases over time and with it the real value of one coin which Mohammed says is one unique feature of his creation.

To put it into perspective, OneGram is not the only gold-backed cryptocurrency since there are many others such as ZenGold, OZcoinGold, Digix, HayekGold, Eldorado, OroCrypt, OroCoin, Royal Mint Gold, just to list a few.