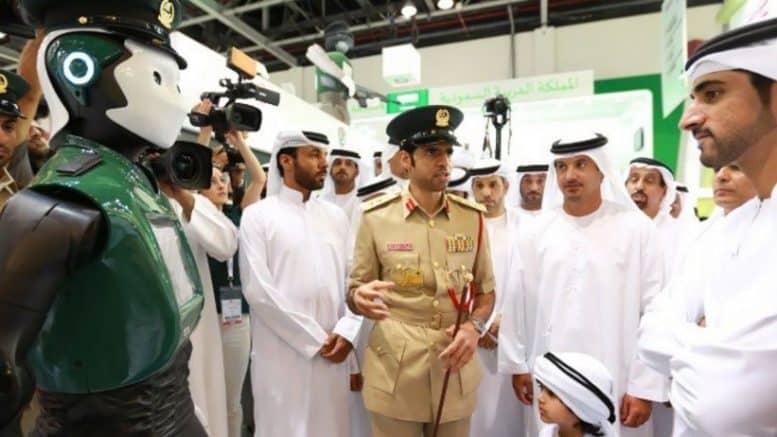 For oil-rich Dubai, money is no object and its Islamic dictatorship poses no impediment for Technocrats to create the most Technocracy-oriented city in the world. Indeed, the entire Islamic world is completely sold out to the UN’s program of Sustainable Development, New Urban Agenda, Green Finance, etc., and seeks to be the leader in all of these area. This amply demonstrates that Technocracy and Islam are not rivals, but rather are highly symbiotic. ⁃ TN Editor

From flying taxis to Batman-style surveillance motorcycles, Dubai’s GITEX expo this week showcased innovations that were symbols of the city-state’s ambitions to be a metropolis of the future.

Known for its futuristic skyline and artificial islands, Gulf emirate Dubai has carved out a place alongside cities like Singapore as a hub for innovative ideas.

At this year’s 37th Gulf Information Technology Exhibition (GITEX), which runs until Thursday, city authorities were keen to show off they remain on the cutting edge.

The undisputed star of the expo, which has more than 4,000 companies from 71 countries participating, was Dubai’s flying taxi project developed by German drone firm Volocopter.

Authorities at the Dubai Road and Transport Authority (RTA) anticipate five years of testing to put in place safety procedures, infrastructure and legislation governing the system.

‘The air taxi is the star of our innovations, and I am confident that we will see the day it becomes reality,’ said Khaled Abdul Rahman al-Awadhi, director of automated fare collection at the RTA.

Officials are keenly aware that even residents of ultra-modern Dubai may not be ready to step into a futuristic unmanned craft guided via a mobile phone application.

The two-seater drone is supported by 18 rotors and equipped with an emergency parachute to allow for an ‘easy landing’ if necessary, Awadhi said.