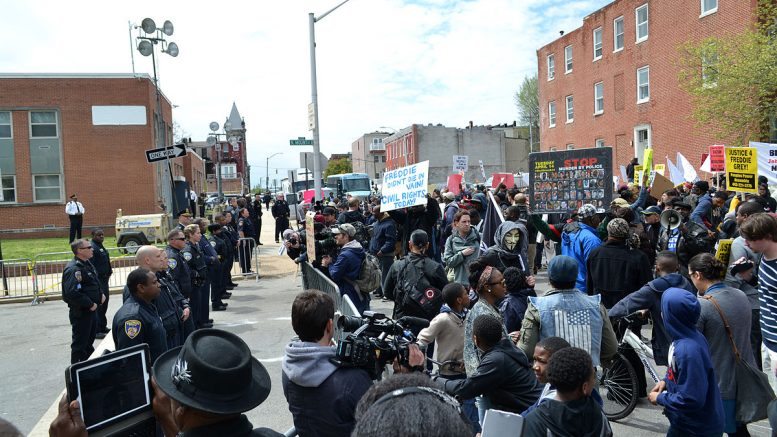 Scientism is a religion that clouds the ability of scientists to discern between fact and fiction, in this case, that climate change is undisputed. In fact, it is widely disputed. ⁃ TN Editor

Environmental scientists from multiple disciplines have overwhelmingly acknowledged human-driven climate change as fact. Similarly indisputable is the fact that the effects of rising temperatures will be global in scope and resoundingly negative: droughts, coastal city flooding, decreased food production, and extreme weather, to name just a few. What you may not have considered, however, are some of the subtler psychological and social consequences of rapid climate change — including aggression and violent conflict. A growing body of evidence shows that rapid global warming can (and is) increasing violent behavior in three different ways.

Immediate Effect of Heat Stress on Aggression and Violence

When people get uncomfortably hot, their tempers, irritability, and likelihood of physical aggression and violence increase. This is perhaps best demonstrated in a series of laboratory studies conducted by APS Fellow Craig A. Anderson and his colleagues (Anderson, 1989, 2001; Anderson & Anderson, 1984, 1996, 1998; Anderson, Anderson, Dorr, DeNeve, & Flanagan, 2000; Anderson, Bushman, & Groom, 1997; Anderson & DeLisi, 2011). Across several studies, undergraduate participants completed measures of perceived hostility, anger, or behavioral aggression, but were randomly assigned to do so in one of several temperature-controlled rooms. For some, the room they sat in was a comfortable temperature (e.g., 75o F). For others, the room was particularly cold (e.g., 57o F) or hot (e.g., 97o F), and participants themselves indicated that these rooms were quite uncomfortable. In one study, participants in the cold and hot rooms perceived a series of filmed interactions as being more hostile and aggressive than participants in the comfortable room. In another, participants in the cold and hot rooms scored higher than those in the comfortable room on a state hostility scale. In a final study, participants in warmer and cooler rooms, relative to those in comfortable rooms, responded to an opponent’s ambiguous provocation during a competitive reaction-time task with outbursts of intense blasts of noise. The researchers conclude, based on the collection of studies, that uncomfortably hot temperatures increase aggression.

Although laboratory forms of aggression may seem trivial, other studies illustrate the deadly implications of these findings. Researchers Aldert Vrij, Jaap van der Steen, and Leendert Koppelaar (1994) randomly assigned 38 Dutch police officers to complete a firearms training simulator in either a comfortable-temperature room (70o F) or a warmer-temperature room (81o F). In the simulation, officers responded to a scenario being displayed life-size on a projector screen in front of them. The scenario involved approaching a shed in response to a burglary alarm and being confronted with a suspect brandishing a crowbar. Officers’ responses were recorded and coded by the researchers, along with the officers’ post-scenario impressions. The officers completing the simulation in the warmer room were more likely than those in the cooler room to perceive the suspect as being aggressive, were more likely to consider them to be a threat, and were more likely to draw their firearm from its holster (85% vs. 59%). Findings such as these illustrate the contributing role that temperature plays in escalating minor disputes into full-blown assault or homicides.

Numerous cross-sectional and time-series studies using real-world heat and violence data provide converging evidence. Cities and regions with higher temperatures tend to experience more violent crime than cooler regions, even after controlling for a dozen sociocultural factors such as age, race, poverty, and culture of honor. Further ruling out alternative explanations, some studies have assessed temperature and violence within the same geographic region over time. Across hours, days, months, and even years, similar trends emerge: When it is hotter, violence increases. From Chicago to Brisbane to Vancouver to Dallas, whether looking at domestic violence or physical assault, the same relationship emerges. In one of the most thorough and illustrative studies, Anderson and DeLisi (2011) compared data from the 1950–2008 FBI Uniform Crime Reports for violent crime (rates of homicide and assault per 100,000 people) and nonviolent crime (rates of burglary and motor vehicle theft per 100,000 people) with average annual temperature data from the National Oceanic and Atmospheric Administration for the same years. Average annual temperatures were significantly positively correlated with violent crime rates but not with nonviolent crime rates. More importantly, this relationship persisted even after controlling for numerous alternative explanations (e.g., incarceration rates). The researchers estimated, based on these findings, that a 1oC increase in average temperature — a fairly conservative estimate of climate change in the following decades — will likely yield a 6% increase in violent crime rates, as many as 25,000 more serious and deadly assaults per year in the United States alone.

Rapid Climate Change and the Creation of Violence-Prone Individuals

In addition to the direct heat effect, there are least two indirect ways that rapid climate change (whether rapid heating or rapid cooling) increases the risk of violence. One involves known developmental pathways that lead infants, children, and adolescents to become violence-prone adults.

A major outcome of rapid climate change is food insecurity. Increased drought, extreme weather, and wildfires are all on the rise, and all of them represent threats to vital crop production and large-scale food shortages. And although the starvation associated with food scarcity is a problem in and of itself, it has the added detriment of contributing to individual-level aggression. Studies have shown that malnourishment — both prenatal and in early children — is a precursor to adulthood antisocial behavior, aggression, and violence. Illustrating this, in a longitudinal study of Mauritanian children conducted by Jianghong Liu and her colleagues (2004), 3-year-olds who were malnourished were found, more than a decade later, to be more aggressive and antisocial and more likely to show signs of conduct disorder than were sufficiently fed children. Given that hundreds of millions of people are estimated to be affected by climate-driven food insecurity, the magnitude of malnutrition effects on aggressive behavior should not be underestimated.

The “Heat Stress” is caused by the rage created by being taxed and regulated in to submission.

What a load of crap!

So everyone in the USA should be calm and collected under three feet of snow at the moment?? Not whining about losing the election and hating on Trump??

..and here in Aussie with our 35deg days we should be all going postal??

No babe, it just doesn’t happen like that! You just don’t have a clue beyound the next project you can rip some taxpayer money off the Govt for. If all those “scientists” you mentioned had to raise their income privately the world would be a different place!