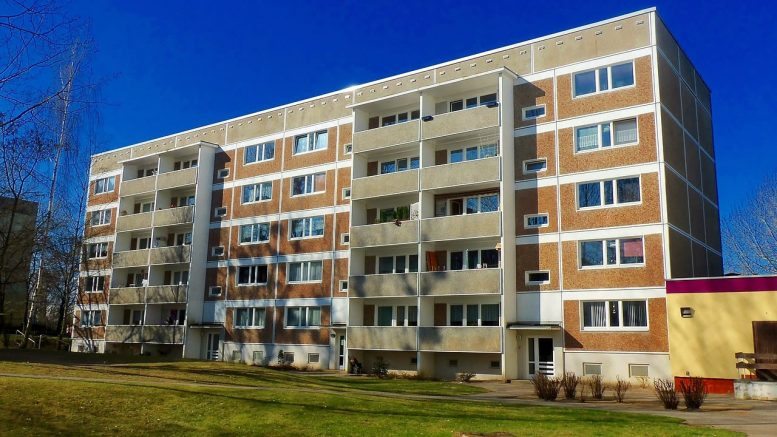 Please Share This Story!
PDF 📄
Technocracy is epitomized in the UN’s New Urban Agenda, which intends to transform the world’s cities into micro-managed hive populations of humans. It is the prime directive for “Smart Cities” that utilize advanced technology and planning.

Chapter 10 of the World Cities Report 2016 states under the subtitle of Re-positioning housing at the centre of the New Urban Agenda on page 192,

“Housing lay at the core of Habitat II strategic recommendations, particularly the statement affirming the right to adequate and affordable housing for all and the recognition of housing as an important component of local and national economic development”

The following article by John Anthony of the Sustainable Freedom Lab points out the tyranny that results from these policies and that it is already well-embedded in America. ⁃ TN Editor

If you want to know what will happen to your community if Trump fails to rein in the Department of Housing and Urban Development, look at Whitehall Township, Pennsylvania, the latest community to surrender to HUD’s aggressive tactics.

Much of the chaos we see in America today is designed to stop President Trump from dismantling the federal system of rampant waste, dishonesty, and bullying. The largest “swamp” he must drain, is the embedded federal bureaucracy.

In theory, at least, we can “fire” politicians every 2, 4, and 6 years. But federal agency employees can linger for decades, beneath the radar, issuing guidance documents on little understood regulations that are now devastating our communities and property rights.

That is why the administration must work closely with Congress to pass the House and Senate bills, titled, the “Local Zoning Decisions Protection Act of 2017”. Once signed by the President, the new law will outlaw HUD’s worst offenders, its “Affirmatively Furthering Fair Housing” (AFFH) regulation.

AFFH uses legal actions against communities that accept popular HUD grants, to force them into a bizarre, centrally managed program of regionalism and forced socio-economic integration. AFFH use of litigation threats is becoming a widespread enforcement tool for the agency.

Whitehall Township is the most recent victim of HUD’s new legal intimidation. The community, located in the heart of the Lehigh Valley, 90 miles north of Philadelphia, has its own home rule charter. They have their own Mayor, Township Commissioners, and Planning Commission.

That autonomy and the voice of their voters, means little to HUD.

In February 2014, PathStone, a regional affordable housing developer from the Philadelphia area, proposed purchasing a parcel of land in the Township and constructing 52 (later reduced to 49) affordable housing units in the Loft Project. By May, the Planning Commission rejected the proposal.

Rather than accept the Commission’s decision and find another location to build, in April 2015, PathStone hired a civil rights law firm who filed a complaint with HUD requesting they investigate Whitehall for a,

“The Zoning Hearing Board denied zoning relief…on the basis of the race, color, national origin, familial status, and disability status of the prospective residents of the housing.”

HUD was involved because the Township had received $395,000 in Community Development Block Grants (CDBG) since 2009. But, how were the attorneys and HUD able to interpret the board’s decision as discriminatory?

The Planning Commission argued that PathStone’s proposal only allowed for 1 parking space per unit, in violation of zoning laws that called for 2. In addition, citizens raised concerns over reduced property values and increased crime.

PathStone’s attorneys countered that the Commission had previously approved similar zoning relief for the same parcel for a senior citizen’s home. Therefore, they reasoned, any rejection for affordable housing is clearly the result of discrimination.

Their rationale was limited to selective portions of the voters’ issues. Rather than address the community’s worries about crime, attorneys and HUD dismissed that issue as racist.

But safety and racism are different topics and the citizens’ fears were legitimate. While senior citizen housing rarely raises crime rates, a detailed block-by-block study shows that high density, low-income housing does attract larger numbers of homicides, no matter who lives there. This should be a real concern for any community.

Whitehall’s citizens were outraged at PathStone’s and HUD’s heavy-handed tactics and continued to voice their objections to the Lofts, even in the face of threatened lawsuits.

It was a losing fight. In HUD’s view, resistance to affordable housing is in itself discriminatory and bore the threat of even greater charges.

By June of 2016, Whitehall finally caved to the federal government’s pressure. They altered their zoning laws to meet HUD’s demands and agreed to sign a Voluntary Compliance Agreement allowing the project to advance. As Commissioner Philip Ginder, caught between signing an oppressive agreement voters did not want; and facing mounting lawsuit threats, said before voting, “This is one of the hardest ‘yes’ votes I’ve ever made in my life.

Among other stipulations, Whitehall ‘voluntarily’ agreed to:

Defend their zoning changes from third party challenges and,

Whitehall had to “actively promote the Lofts by endorsing the development…”

In the biggest sting of all, HUD ordered the Township,

The payment was in satisfaction for,

“PathStone’s claims for monetary compensation, additional carrying costs, out-of pocket expenses and additional staff time related to development of The Lofts from the time of the May 20, 2014, denial by Respondent Zoning Hearing Board, as well as additional payments to the current owner of subject property to reserve PathStone’s purchase rights, the expense of reapplication for PHFA funding in 2015, additional interest on the predevelopment loan for The Lofts, and attorneys’ fees and costs.”

What happened in Whitehall Township can happen in any community that has zoning laws and accepts federal money for fair housing or urban development. Even if AFFH is overturned, as the Whitehall case shows, the agency can claim discrimination for a host of reasons that may or may not be fair to communities. This is why communities must protect their local autonomy and their right to control zoning and land use.

Community members must stay informed and involved. Learn about HUD and how their grant requirements can alter your town, city, or county. Study the effects of regional sustainable development on local jurisdictional authority, on taxes, and on lifestyles. Then work with local officials to protect your neighborhoods for now and for future generations.

its sad that 90+% of the world has no clue that enslavement is taking place. The ones that find out are too brainwashed to understand or care.

The goal is a One World Order. A place where freedom does not exist.