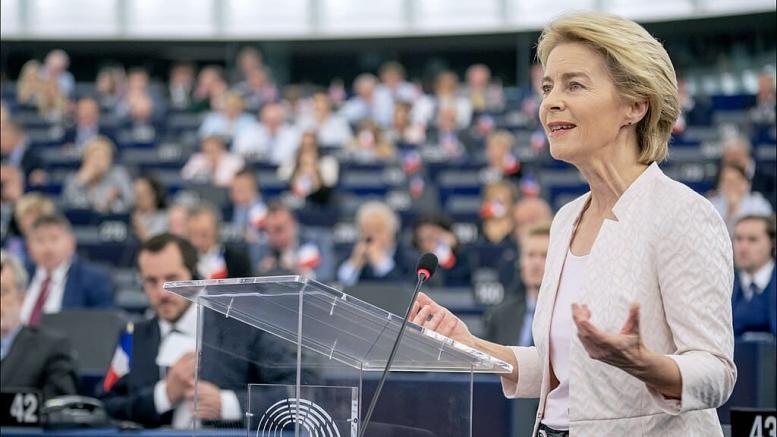 Please Share This Story!
PDF 📄
At the beginning of the Great Panic of 2020, TN stated that recovery stimulus funds would be purposefully directed into financing the global Green New Deal, aka Sustainable Development and Technocracy. The EU is the first to lay it out. ⁃ TN Editor

World leaders know their countries face one of the most severe recessions in history thanks to the coronavirus restrictions.

That presents a unique challenge, but also a massive opportunity.

Politicians know they are going to need to spend huge amounts of money to kick-start economic activity as the threat of coronavirus finally recedes.

It is a one-off, never-to-be-repeated chance to transform their economies. So the question is, what will they spend it on?

This week the European Union put its cards on the table. On Wednesday it unveiled what it is billing as the biggest “green” stimulus package in history.

“This is about all of us and it is way bigger than any one of us,” announced Ursula von der Leyen, the European Commission president, when she told European Parliament members what was planned. “This is Europe’s moment,” she said.

As well as being a big step towards federalism, the recovery package puts fighting climate change at the heart of the bloc’s recovery from the pandemic.

The scale of what is being proposed is mind-boggling. The headline figure is €750bn, but add in spending from future budgets and the total financial firepower the European Commission says it will be wielding is almost €2tn ($2.2tn).

There will be tens of billions of euros to make homes more energy efficient, to decarbonise electricity and phase out petrol and diesel vehicles.

The idea is to turbo-charge the European effort to reduce carbon emissions to net zero by 2050.

“If we do not do it we will be taking much more risk,” Teresa Ribera, the deputy Prime Minister of Spain told me.

“The recovery should be green or it will not be a recovery, it will just be a short-cut into the kind of problems we are facing right now.”

If you are thinking this is just something that sandal-wearing European liberals might get behind, think again.

Donald Trump may be an avowed supporter of fossil fuels, but his Democratic opponent in the November presidential election is not.

Joe Biden is reckoned to be planning a similarly huge green stimulus package for the US.

The model is the vast investment projects of the New Deal that helped lift America out of the Great Depression in the 1930s.

That was the defining policy of President Franklin Delano Roosevelt.

I am not against green energy but am against a corporate/technocratic take over where we lose freedom of movement, freedom of speech, freedom over our bodies, freedom of privacy, freedom to work and own a business and more.

I agree, except that I’m also against green energy, as it stands now (nothing better or greener about it) – read my post to know what I mean.

The EU is a dictatorship! If for nothing else, the words of the despicable Ursula von der Leyen:”…announced the European Commission president, when she TOLD European Parliament members what was planned.“, prove it beyond the shadow of a doubt! It was not a project to be approved – it was TOLD to the MEPS! Nothing is voted in the EU – the Central Committee, aka European Commission, is an unelected bunch of self-serving technocrats that imposes lobbied laws and rules to all EU members, none of which is in the people’s interest. The European Parliament is just a sideshow, whose… Read more »