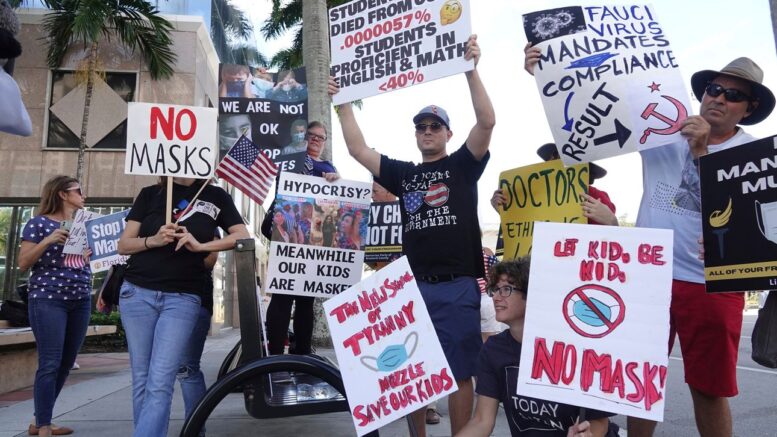 Please Share This Story!
PDF 📄
Even as AG Garland recanted under oath before Congress that he was influenced by a scurrilous letter from the radically partisan non-profit National School Boards Association (NSBA), the FBI was already directing its counterterrorism against dissenting parents.

The boldness of Technocrats to use the full weight of government to suppress alternative narratives that do not suit the Great Reset, is stunning. It clearly shows who is in control. ⁃ TN Editor

Following a whistleblower’s revelation that the FBI is utilizing counterterrorism tactics to investigate parents considered to be potential “domestic terrorists” for voicing concerns about education in their local school districts, Republicans blasted the “disgrace[ful]” move as well as Attorney General Merrick Garland, with many calling for his immediate resignation.

The alarming allegations, which state the FBI is adding “threat tags” to parents, appear to contradict Garland’s testimony on October 21 during a House Judiciary Committee hearing in which he claimed the Department of Justice and the FBI were not using counterterrorism tools to investigate parents at school board meetings.

“The FBI spied on President Trump’s campaign. They abused the FISA process. And now they’re targeting parents,” wrote Rep. Jim Jordan (R-OH), a ranking member of the House Judiciary, who publicized a letter addressed to Garland detailing the whistleblower’s claims.

They abused the FISA process.

“As we speak, Joe Biden’s FBI is spying on parents,” tweeted out the Republican House Judiciary Committee. “All because of a letter sent from the National School Boards Association that was withdrawn.”

As we speak, Joe Biden’s FBI is spying on parents.

All because of a letter sent from the National School Boards Association that was withdrawn.

“The Biden Administration treats parents who disagree with them like terrorists,” he added. “We can’t tolerate this.”

A little less complaining and threatening and a little more action would be the key here. So far Congress has done little to nothing as has the Senate while Biden’s buddies go at the citizenry of the USA with a vengeance.

DEFUND the FBI, now! The spy state has gotten out of control. This is against the Bill of Rights. Clearly rule of law no longer applies in these United States. Time to exit the Union.