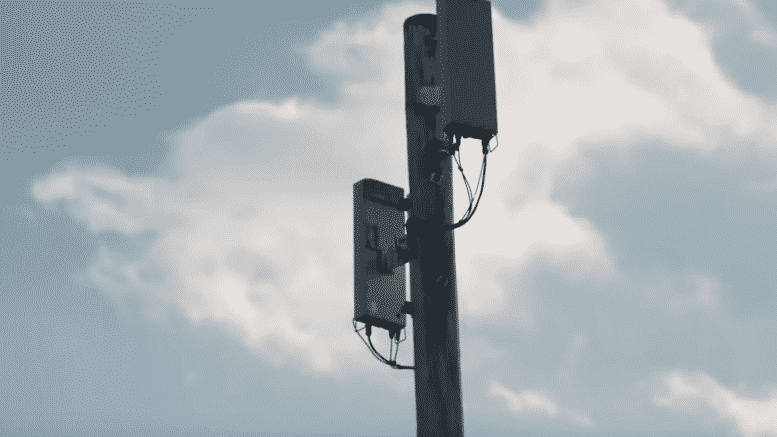 As a result of recent events relating to the global 5G rollout, Patrick Wood has been invited to address a symposium (via video) in The Netherlands on 5G, on September 15, 2019.

In July 2019, it was announced in The Netherlands that 5G antennas would be erected on every street corner. By September, citizens took to the streets to block implementation. Many concerns are over potential new health risks due to 5G radiation that is actually absorbed into the skin. Lower frequency radiation, like that found in 4G and 3G, pass through the body.

In the United States, major 5G vendors testified before Congress that no money has been spent on human studies to demonstrate safety of 5G as anticipated. Moreover, efforts to conduct independent studies have been strongly resisted and/or suppressed.

It is increasingly obvious to citizens worldwide that the bum’s rush to implement 5G has other motives beyond just enhancing cell phone performance. The Internet of Things and real-time data collection are the real targets for this new technology, and the potential profits that will be generated from it are staggering. Thus, profit and greed trump consumer safety, privacy and personal sovereignty.

The Internet of Things has previously existed more as a concept than a reality. The only thing that could make IoT a reality is real-time (instantaneous) data communication that 5G offers.

People around the world are rising up to overpower the 5G rollout, even as America largely sleeps.

The Netherlands is a good example of the conflicts to come.

In the following video produced by James Corbett of The Corbett Report, note his acute understanding of Technocracy and its goals of Scientific Dictatorship. I strongly recommend that very reader listen to this report!

Hundreds protest in The Hague against 5G mobile networks

Several hundred people have taken part in a demonstration in The Hague against the imminent arrival of 5G mobile phone networks in the Netherlands.

The demonstrators marched from Centraal Station to the Binnenhof and back carrying banners with slogans including ‘5G = killing us softly’ and ‘Wij zijn geen proefkonijnen’ (We’re not guinea pigs).

The protestors have called for the government to reduce the level of permitted radiation from the new generation mobile phones, improve privacy regulations and assess the effect on the climate.

There have also been concerns that the Chinese government could use the 5G network for espionage, after telecoms provider KPN signed agreements with Huawei to modernise the radio and antenna network. KPN has said it will use a ‘western vendor’ to construct the new mobile core network.

The government has said there is no evidence that 5G phones are damaging to people’s health. The upgrading of the existing 4G networks is due to begin in 2020.

5G is coming to the Netherlands: A mast on every street corner

According to a legislative proposal from the Ministry of Economic Affairs and Climate, the government is making way for the introduction of 5G transmissions masts and antennas. Municipalities will be obliged to cooperate with the installation of antennas in / on public buildings, lampposts and traffic lights.

In the coming years, 5G-internet will be introduced in the Netherlands. However, in order to guarantee that this super speedy internet is available in busy areas, a lot more transmission masts and antennas are needed. The antennas, a.k.a. small cells, will be popping up all over the streets. They are even already being incorporated into street furnishings, like bus stops.

Currently, there are about 46.000 mobile antennas in the Netherlands, but it is likely that another 10.000 will be added to this number in the run-up to 2022- when 5G is expected to be rolled out on a large scale. The antennas are necessary, according to the government, in order to “offer trendsetting services to users”, like autonomous cars.

Are there health risks?

This spring, political party GroenLinks sounded the alarm on possible health risks which could be caused by the radiation from the new 5G antennas. GroenLinks wants the government to carry out extra research into these risks.

However, according to the State Secretary of Economic Affairs and the Minister of Medical Care that is not necessary, as several studies show no indication of health hazards. The agency Telekom, will, nonetheless, continue to monitor the radiation levels in public areas. This autumn, the government will publish a list of requirements for companies wanting to provide 5G services.

Maybe Americans are waiting to shoot the 5G devices like a game?

I completely agree with Patrick Wood: there is a far wider agenda that not only threatens our health but also our privacy and Freedom (personal sovereignty). The deployment of 5G must be stopped. And we also need to get our Analog Electric Meters back and the Smart Meters removed. Because both 5G AND Smart Meters are violations of our health, privacy and personal sovereignty. Personal Sovereignty is probably a more focused term than Freedom. I like that! A Global Strategy to Stop 5G and Smart Meters A 20′ interview with Bruce Cain hosted by Sheena Alexandra (08/29/2019) https://youtu.be/HjwGUF95DqQ https://www.facebook.com/sheena.alexandra.1/videos/10156145589075946/ Fluoride,… Read more »