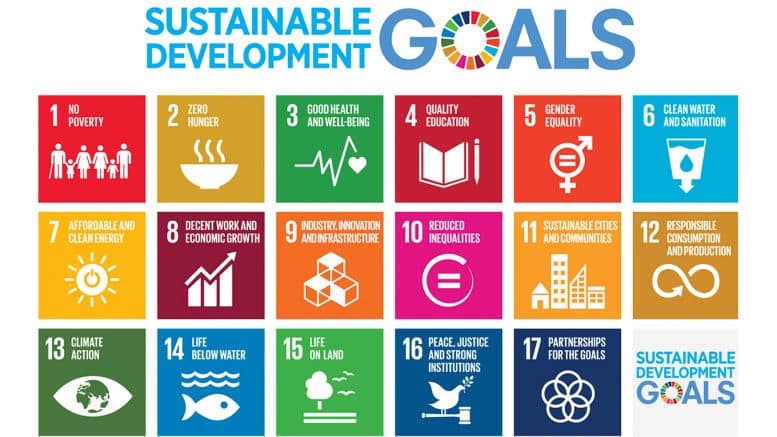 Discussing political philosophy, values, ethics and morality leave Technocrats out in the cold because all they can talk about is 10-point solutions to definable problems. Even global Technocracy, the UN’s Sustainable Development Goals, is a list of 17 goals and 169 targets. ⁃ TN Editor

On Nov. 29, three weeks after Donald Trump’s victory in the U.S. presidential election, the following chart, showing a precipitous decline in support for democracy around the world, went viral after appearing in the New York Times:

Plenty of public argument ensued about the validity of the underlying data. But there was hardly any comprehension among experts about why moral support for democracy might be eroding — in part, because there’s good reason to think that experts are themselves to blame.

This is most obvious in the case of Trump, who devoted a large share of his presidential campaign not just to attacking democratic norms but also to attacking the technocratic experts who have come to symbolize democracy in the United States.

I have no sympathy for Trump’s repulsive disregard for facts, truth, and legitimate expertise. Yet he was canny in identifying how both parties’ technocratic mindset — their approaching every problem with a five-point plan designed to produce evidence-based deliverables — had left democracy vulnerable. Trump knew that if he waged a war on democratic values, the technocrats who now monopolize the country’s political elite would be incapable of fighting back.

Technocrats have always shown little interest in fights over fundamental values. Their work proceeds from the assumption that everyone — or at least all the people who truly matter — already share the same enlightened commitment to democratic values. The only debate they are concerned about is over evidence on “what works” among policy inputs to produce the desired measurable outputs, like higher wages and GDP, less poverty, less crime and terrorism, or less war.

The problem occurs when some people turn out not to share those enlightened values and insist on challenging them. Technocrats, in these situations, don’t know what to say because they can’t rely on evidence to make their case. So when technocrats are all we have to defend democracy, fights over fundamental values become embarrassingly one-sided.

Hillary Clinton was the perfect case in point, a politician so technocratic that she even embarrassed other technocrats. Her campaign website listed bullet-point plans to solve 41 different measurable problems, each one containing multiple sub-plans to solve multiple sub-problems. There was even a plan to protect the interests of dogs, cats, and horses. She almost reached the level of that reductio ad absurdum of global technocracy, the widely ridiculed United Nations Sustainable Development Goals with their 17 goals and 169 targets.

Maybe Clinton’s website shouldn’t matter that much, but her speeches often read off the same long list of planned solutions to many different problems. Mario Cuomo’s dictum was to campaign in poetry and to govern in prose. Clinton’s campaign wonkiness didn’t even reach prose.

So Clinton was not the best candidate possible to answer Trump’s terrifying frontal assault on the core enlightenment value that all are born free and equal in dignity and rights. Trump called Mexicans rapists and demanded a ban on Muslims entering the country. Clinton countered with plans for a “comprehensive immigration reform with a pathway to full and equal citizenship,” including measures to “fix the family visa backlog,” to “end the three- and 10-year bars,” and have “targeted” immigration enforcement.

Trump threatened to put more black people in jail with “law and order.” Clinton’s plan for racial justice was to “[r]eform our broken criminal justice system by reforming sentencing laws and policies” — thereby “strengthening the bonds of trust between communities and police, and more” — and to “develop greener and more resilient infrastructure,” as well as to “double America’s investment in Early Head Start.”

If Americans listening to the yearlong debate between Trump and Clinton felt less moral devotion to democracy, could you blame them? Clinton’s answer to Trump’s assault on democratic values had about as much moral grandeur as the rhetoric of the ethanol lobby. And Clinton’s constant targeted appeals to women, gays, blacks, and Hispanics sounded more like an alliance of interest groups rather than a defense of equality for all and was thus vulnerable to Trump’s insinuations to white audiences that Democrats didn’t care about them. The Clinton campaign’s rhetoric was a long way from “all of God’s children, black men and white men, Jews and Gentiles, Protestants and Catholics, will be able to join hands and sing … ‘Free at Last!’”

Technocrats do not even have a good answer for technocratic-sounding attacks on democracy. Technocrats’ defense of democracy on the basis of “what works” was always vulnerable because the anti-democratic side was not going to be maximally scrupulous about the evidence in any case. It also makes liberal values hostages to fortune. Whether because of the incompetence of experts or just a string of bad luck, democracies haven’t been performing very well lately. The foreign-policy experts guided wars on terror in Afghanistan and Iraq that seemingly made terrorism worse. Domestic economists gave us the 2008 financial crisis — and a response afterward that bailed out banks too big to fail but treated families losing homes as too small to care about. Dictator-run China is taking over ever larger chunks of the world economy while U.S. wages stagnate.

Experts often cannot agree on “what works” or even what already happened. Some experts could still credibly argue that in the long run democracies worldwide outperform dictatorships on average, but there is disagreement, and few have the patience to wait for long-run world averages to reassert themselves. Which is why the principal defense of democratic values must be that they are desirable in themselves as values — something technocrats are not trained to do.