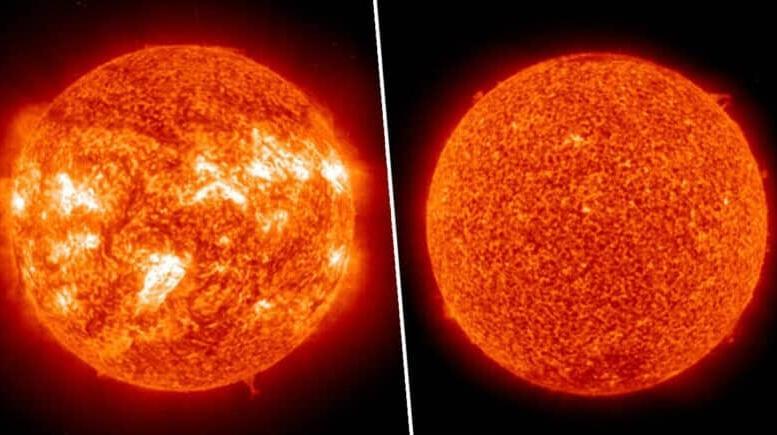 Please Share This Story!
PDF 📄
Cycles of sun spots are fairly predictable and the current cycle is looking more and more like the Maunder Minimum that created the “Little Ice Age” between 1650 and 1715. The story below is largely propaganda that minimizes the story of impending global cooling.

The article also cites Imperial College London, which was directly responsible for the Great Panic of 2020 when it released Professor Neil Ferguson’s trashy computer model on the COVID-19 pandemic.

With global warming’s dead horse, this alarmist crowd needed a new champion to drive the world into their coveted deep transformation, and the coronavirus was the perfect replacement. ⁃ TN Editor

The sun has entered an unusually quiet period, with the number of sunspots appearing on the surface unusually low. This level of activity is so low, some scientists have suggested we may be entering a “deep” solar minimum, and potentially even a Grand Minimum—the last of which took place in the 17th century and coincided with a mini ice age.

In April last year, scientists at the National Oceanic and Atmospheric Administration predicted the forthcoming solar minimum would be similar to the last cycle. In a statement, Lisa Upton, Ph.D., solar physicist with Space Systems Research Corp, said the next solar cycle would be much like the last, with a weak maximum and a “long, deep minimum.” However, she also said there was “no indication” we are approaching a solar minimum in line with the last Grand Minimum—known as the Maunder Minimum.

So far this year, there have been 104 days where no sunspots have appeared on the sun’s surface, according to SpaceWeather.com. Across the whole of 2019, there were 281 sunspot-free days. As the website notes, the lack of activity on the sun suggests the solar minimum is taking place. “So far this year, the sun has been blank 76 percent of the time, a rate surpassed only once before in the Space Age,” it said. “Last year, 2019, the sun was blank 77 percent of the time. Two consecutive years of record-setting spotlessness adds up to a very deep Solar Minimum, indeed.”

Mathew Owens, Professor of Space Physics at the University of Reading, U.K., told Newsweek that entering a solar minimum is not unusual, but the level of activity currently taking place is out of the ordinary. “The Sun has been ‘spotless’ for a large fraction of the last year, which is indeed quieter than is typical,” he said in an email. “It’s still a little early to say where it fits relative to other minima we’ve seen. If it does continue in this fashion, it may well rank up there with the longer minima on record. But at present it is not unprecedented; in fact, the very previous solar minimum [2009-2010] was longer.”

They will blame the cooling on the pandemic and subsequent depression. They will blame the pandemic on climate change due to mans emissions. The solution for increasing Pandemics will be the Technocratic Green Economy that BlackRock /Fink and Central Banks are pushing (Fink is now consulting for the Fed) Trump is pushing 5G and AI/Robotics. Heading the AI project is Eric Schmidt who says we must become like China structurally to win the AI race, which no doubt included a social credit system with digital currency that Gates/Microsoft patented last month Trumps silent funds and supports the Biopharma /Gates takeover… Read more »

Solar minimums don’t impact the irradiance, or the average sunlight Earth receives per square meter, that much. This graph, specifically part a, shows that even during the Maunder minimum the irradiance only decreased by 2 Watts per meter squared, which is extremely small when you compare it to the average irradiance of 1366 Watts per meter squared (https://www.researchgate.net/figure/Compared-are-reconstructions-of-annual-total-irradiance-in-a-with-spectral-irradiance-in_fig2_228716993). The slight decrease in solar activity is not enough to trigger a mini ice age, and scientists believe that volcanoes and other solar minimums probably caused the Little Ice Age. Also, the Little Ice Age may have actually started in the late… Read more »

Periods of high CO2 provide the highest level of photosynthesis and food for humans and animals. Greenhouse gas? What the original commercial greenhouse farmers did was concentrate CO2 and pump it in to increase production. They got 25-40% increase in product as a result.

It is true that the photosynthesis rate increases as CO2 increases, and this generally produces better crops. However, commercial greenhouses do not provide an accurate representation of what elevated CO2 levels will do to the whole world since they are constantly maintained by farmers to provide the perfect habitat. Natural habitats are, for the most part, left alone by humans. To understand what will happen when we release CO2 and other greenhouse gases, we should look at outdoor fields and forests. For outdoor fields, increased CO2 results in higher photosynthesis output and less water use, but also decreases nitrogen in… Read more »

George, you should go argue with Dr. Willie Soon or Dr. William Happel.

Here is a handy graphic to reeducate anyone like myself who was totally brainwashed for the last 30 years and would like to understand the facts of the Eddy Grand Solar Minimum that starts this year. Winter is coming my friends. icegegardener.com

Some of your graphs seem a little misleading. For example, the graphs presented by Zharkova only show decreases in wave amplitude, not temperature. We know the climate is a complex system that is affected by the sun, greenhouse gases, ocean currents, the number of carbon sinks, etc. We should consider all factors, both natural and man made, before jumping to a conclusion.
Also, I think the y-axis on your Greenland interglacial temperatures graph is flipped. The periods of cooling seem to have high temperatures of 32C, while periods of heating have temperatures of 29C.