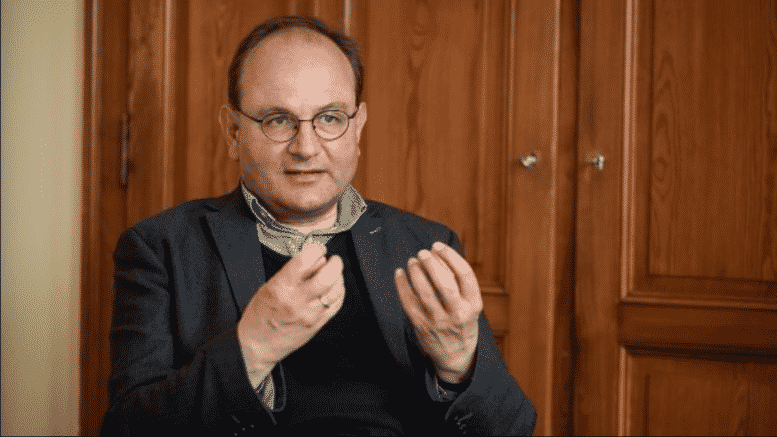 Please Share This Story!
PDF 📄
This is a non-US view and analysis of global warming as being a swindle to redistribute wealth on a global scale. Globalization and global warming are intricately linked, driving the world into the new economic system of Sustainable Development, aka Technocracy. ⁃ TN Editor

As the “science” behind man-made global warming has been increasingly discredited, the story has changed. Now it’s not about saving the environment but about redistributing wealth, says a leading member of the United Nations Intergovernmental Panel on Climate Change. Ottmar Edenhofer, a co-chair of the IPCC’s Working Group III and a lead author of the IPCC’s Fourth Assessment Report, 2007 (its latest), recently said, “One has to free oneself from the illusion that international climate policy is environmental policy. This has almost nothing to do with environmental policy anymore.”

Edenhofer told a German news outlet (NZZ AM Sonntag): “Basically, it’s a big mistake to discuss climate policy separately from the major themes of globalization. The climate summit in Cancun at the end of the month is not a climate conference but one of the largest economic conferences since the Second World War.”

“First of all, developed countries have basically expropriated the atmosphere of the world community,” said Edenhofer. Thus the developers of coal and oil should pay reparations in the form of global carbon emission rights and taxes. Investors Business Daily commented “U.N. Warm-mongers are seeking to impose a global climate reparations tax on everything from airline flights and international shipping, to fuel and financial transactions.”

The Cancun agreement set up a “Green Climate Fund” to administer assistance to poor nations suffering from floods and drought due to global warming. The European Union, Japan and the United States have led pledges of $100 billion per year for poor nations up to 2020, plus $30 billion in immediate assistance.

The agreement says it “recognizes that deep cuts in global greenhouse gas emissions are required according to science” and calls for “urgent action” to cap temperature rises. But this chart gives lie to such claims. You can clearly see that on a multimillion-year scale global temperatures have been confined to a steady band unrelated to even huge changes in atmospheric carbon dioxide.

Does this graph reveal any need for “urgent action” “according to science?” Yet at the Cancun conference, UN Secretary-General Ban Ki-moon warned, “Nature will not wait….Science warns that the window of opportunity to prevent uncontrolled climate change will soon close.”

The window of opportunity that is going to close is not a scientific one but a political one—because more and more people are realizing that global warming alarmism is based on phony science and outright lies. 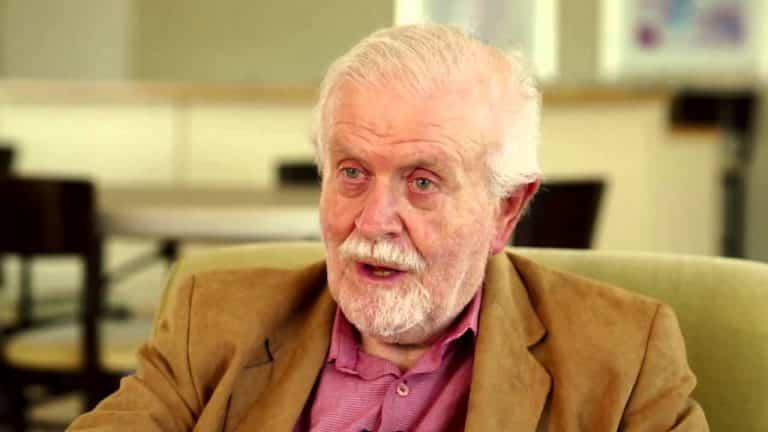 Foremost in the struggle to bring essential scientific truths to light on this issue is the Nongovernmental International Panel on Climate Change (NIPCC) founded and directed by the distinguished atmospheric physicist S. Fred Singer. With assistance from climate experts in 16 countries—who donated their time and efforts—the NIPCC produced a massive, extensively-illustrated 880-page report “out of concern that the IPCC was provoking irrational fear of anthropogenic global warming,” in the words of Dr. Singer. The report references 4,000 (!) research papers in peer-reviewed scientific journals that contradict IPCC conclusions but were not used by the IPCC though it claims to be the definitive source of climate research. The entire report can be downloaded free from the Heartland Institute website.

I shall discuss only one item from the NIPCC report, but it is fundamental to the whole carbon dioxide/greenhouse hypothesis of global warming. Worldwide, there are 20-some GCMs (General Circulation Models) for computer modeling of global climate change. They all agree—for sound theoretical reasons—that greenhouse gases cannot warm the earth directly. They must first warm the atmosphere, which in turn warms the surface of the earth. So the atmosphere must be warmer than the earth’s surface. The NIPCC Summary Report explains: “Climate models all predict that, if GH gases are driving climate change, there will be a unique fingerprint in the form of a warming trend increasing with altitude in the tropical troposphere, the region of the atmosphere up to about 15 kilometers. Climate changes due to solar variability or other known natural factors will not yield this characteristic pattern; only sustained greenhouse warming will do so.” The models show this “hot spot” perfectly—but it is missing in actual observations, which show instead this area to be cooler than the earth’s surface. The Summary Report states—in boldface type: “This mismatch of observed and calculated fingerprints clearly falsifies the hypothesis of anthropogenic global warming.”

The Summary Report also notes, “The IPCC has been disingenuous about solar influences on the climate….The demonstration of solar influence on climate is now overwhelming….There now is little doubt that solar-wind variability is a primary cause of climate change on a decadal time scale.”

The disclosure of thousands of emails from climate scientists in November 2009 became known as the “climategate” scandal. It raised concerns about the validity of global warming predictions and the integrity and professional misconduct of some of the world’s leading climate scientists. But even before “climategate,” some important scientists tried to alert the public to the unscientific nature of IPCC procedures and conclusions. These scientists were generally derided as “deniers” by the news media and opinion makers.

The IPCC regularly submits its reports to its Expert Reviewers Panel. As you might expect, most of its appointments to this panel have been supporters of global warming. A few nonbelievers have been included to give the appearance of balance, but their comments and questions have been routinely ignored as the IPCC focuses on what it claims to be the “consensus” view.

Only one person has been been on every IPCC Expert Reviewers Panel. That man is Dr. Vincent Gray. He submitted a very large number of comments to IPCC drafts, including 1,898 for the Final Draft of the 2007 Report. Here are some of his comments from a letter he wrote on March 9, 2008:

Over the period I have made an intensive study of the data and procedures used by IPCC contributors throughout their whole study range….Right from the beginning I have had difficulty with this procedure. Penetrating questions often ended without any answer. Comments on the IPCC drafts were rejected without explanation, and attempts to pursue the matter were frustrated indefinitely.

Over the years, as I have learned more about the data and procedures of the IPCC I have found increasing opposition by them to providing explanations, until I have been forced to the conclusion that for significant parts of the work of the IPCC, the data collection and scientific methods employed are unsound. Resistance to all efforts to try and discuss or rectify these problems has convinced me that normal scientific procedures are not only rejected by the IPCC, but that this practice is endemic, and was part of the organization from the very beginning. I therefore consider that the IPCC is fundamentally corrupt. The only “reform” I could envisage, would be its abolition.

The flagship set of data promoted by the IPCC are the figures showing the increase in atmospheric concentration of carbon dioxide. They have manipulated the data in such a way to persuade us (including most scientists) that this concentration is constant throughout the atmosphere.

The models are so full of inaccurately known parameters and equations that it is comparatively easy to  “fudge” an approximate fit to the few climate sequences that might respond. This sort of evidence is the main feature of most of the current promotional lectures.

By drawing attention to these obvious facts I have now found myself persona non grata with most of my local professional associations, Surely, I am questioning the integrity of these award-winning scientific leaders of the local science establishment. When you get down to it, that is what is involved….

Yes, we have to face it. The whole process is a swindle. The IPCC from the beginning was given the license to use whatever methods would be necessary to provide “evidence” that carbon dioxide increases are harming the climate, even if this involves manipulation of dubious data and using peoples’ opinions instead of science to “prove” their case.

The disappearance of the IPCC in disgrace is not only desirable but inevitable….Sooner or later all of us will come to realize that this organization, and the thinking behind it, is phony.  Unfortunately severe economic damage is likely to be done by its influence before that happens.

Something fishy about this article. The 2007 IPCC climate assessment is not, as claimed, the latest. It has been superceded by a more up-to-date assessment which for some reason doesn’t merit a mention. Why have Edenhofer’s criticisms of the UN body taken so long to see the light?

Must read: Inconvenient Facts: The science that Al Gore doesn’t want you to know by Gregory Wrightstone (geologist with more than 35 years of investigating the Earth and its processes).