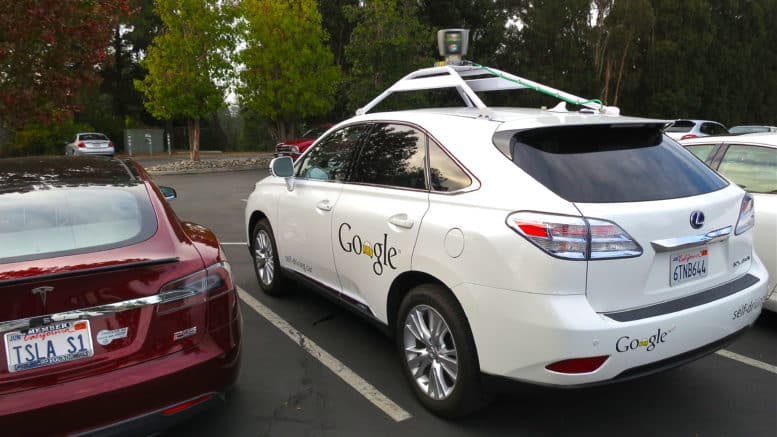 Please Share This Story!
PDF 📄
If self-driving vehicles are exposed to the Internet, which they are, does anyone really think that they cannot be hacked en mass and turned into objects of total chaos in cities? ⁃ TN Editor

A hack that affects a small number of internet-connected cars could completely gridlock Manhattan, according to a study from researchers at Georgia Institute of Technology and Multiscale Systems, Inc. The research was published in the journal Physical Review E.

The paper found that randomly stalling 20% of cars during rush hour would stop traffic in Manhattan. Even a hack that affects 10% of cars at rush hour would create enough blockages to stop emergency vehicles from getting through traffic.

The research suggests cities “split up the digital network influencing the cars to make it impossible to access too many cars through one network.”

Cybersecurity experts have warned that connected cars can be targets for hackers, who could stall or take control of a vehicle, or could compromise connected stoplights.

This study, said lead author Peter Yunker, was designed to take a broader look at what would happen if a larger number of cars were struck by the same hack and were stopped either by being shut down or by getting into an accident.

“When a large-scale hack occurs on an actual grid of roads, there might be consequences that you wouldn’t predict from an isolated car that’s been stopped or is out of control,” Yunker, an assistant professor in Georgia Tech’s School of Physics, told Smart Cities Dive.

The researchers found that it takes a relatively small number of stopped cars to cause havoc if they are stalled with less than a vehicle’s width between them. At a critical value, the probability of blockages jumped up tremendously, meaning that any additional hacked cars wouldn’t make a difference.

The paper looked at Manhattan, where there is data about road size and traffic patterns, but Yunker said the effects of a hack could be worse in other cities.