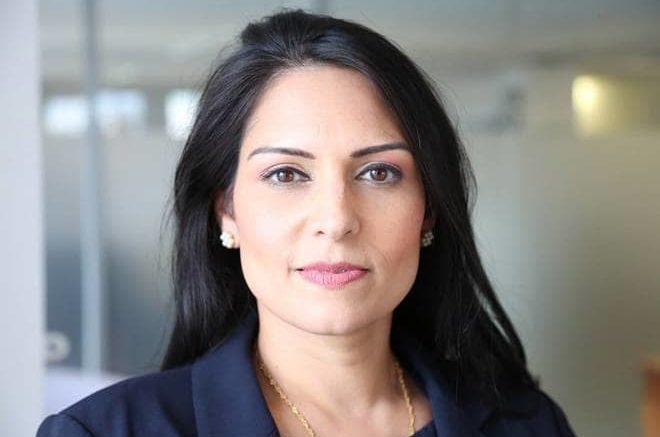 Patel is an ardent Boris Johnson supporter. As the new Home Secretary, her first call is for the government to gain ‘backdoor’ access to all encrypted messages. The U.S.-led ‘Five Eyes’ intel alliance is meeting with her this week. ⁃ TN Editor

Officials from the UK, US, Canada, Australia and New Zealand – known as the ‘Five Eyes’ intelligence alliance – are meeting in London to discuss being able to get ‘lawful access’ to WhatsApp discussions that could be linked to crime.

It comes after the London Bridge terrorists used WhatsApp to discuss plans which British officials say helped prevent the 2017 plot that killed eight people from being identified.

One such technique suggested by the UK intelligence agency GCHQ is to allow its agents to be ‘silently’ added to chats or calls so they can observe the conversation without being detected.

Encryption is increasingly being used to protect privacy on social media platforms, with WhatsApp already using it, Facebook due to introduce it to its Messenger app and Google exploring ‘encrypted browsers’.

A spokesperson for the Home Office said: ‘We need to ensure that our law enforcement and security and intelligence agencies are able to gain lawful and exceptional access to the information they need.’

Five Eyes intelligence chiefs what tech firms to do more to help them and say such access would only be reserved for ‘exceptional cases’ where there was a ‘serious threat of terrorism or child sexual abuse’, with a judge or government minister having the final sign-off.

In a paper produced at the end of 2018 GCHQ and National Cyber Security centre directors Ian Levy and Crispin Robinson said it would be ‘relatively easy’ for a messaging service to provide ‘silent’ access.

The paper said: ‘You end up with everything still being end-to-end encrypted, but there’s an extra ‘end’ on this particular communication.

‘This sort of solution seems to be no more intrusive than the virtual crocodile clips that our democratically elected representatives and judiciary authorise today in traditional voice intercept solutions, and certainly doesn’t give any government power they shouldn’t have.’

The pair added it would be exceptional because ‘almost all users would not be affected’.

But the proposal was condemned as a ‘threat to human rights’ and opposed by 50 organisations including Apple, WhatsApp and campaigners Liberty in an open letter.

The letter said: ‘The overwhelming majority of users rely on their confidence in reputable providers to perform authentication functions and verify that the participants in a conversation are the people they think they are, and only those people.

‘The GCHQ’s ghost proposal completely undermines this trust relationship and the authentication process.’

Okay, Ms. UK Home Secretary, Priti Patel, we are out gathering up the Tar and Feathers for you right now!