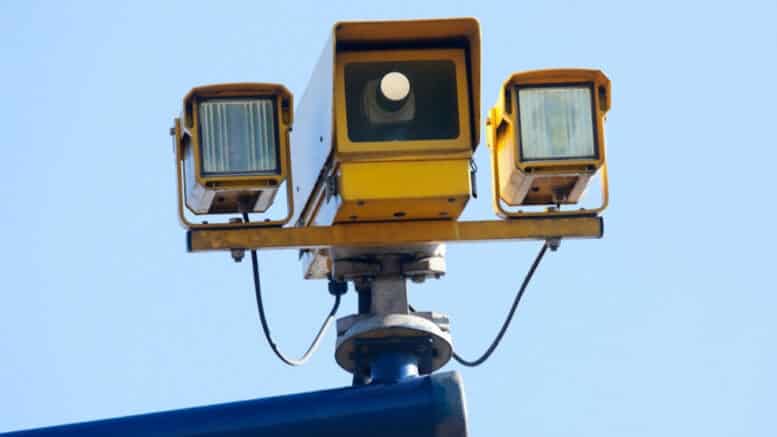 Please Share This Story!
PDF 📄
One way to defund the police is to obsolete their usefulness, like making face-to-face traffic stops to rein in dangerous drivers. Speed cameras have already been outlawed in many cities and some states, thus setting up direct conflict with federal mandates. The second aspect is continuous, mass surveillance of citizens. ⁃ TN Editor

US Transportation Secretary Pete Buttigieg’s plan to ‘promote speed safety cameras’ is raising the troubling specter of ubiquitous automated traffic enforcement in the style of the UK, where the cameras are widely despised.

Buttigieg’s 42-page road safety plan that was unveiled on Thursday and is backed by $14 billion in funding from the new infrastructure bill contained only brief mention of the speed camera plan, but it was enough to set alarm bells ringing for worried motorists.

Fox News host Tucker Carlson slammed the plan as a misuse of the funds in the $1.2 trillion Infrastructure Bill, fuming that ‘you’re about to get a lot more speeding tickets from robots.’

When the country applauded $1.2 trillion going to fixing the roads, bridges and buildings, a lot of us were dumb enough to think that’s what might actually happen,’ he said.

Nonpartisan motorist advocate groups are also against the plan. The National Motorists Association has a top 10 list of why speed cameras are bad, arguing ‘they can actually make our roads less safe.’

‘The government’s reaction, per the National Roadway Safety Strategy announced by U.S. Transportation Secretary Pete Buttigieg last week, is again to restrict driving speeds despite historical data that indicate the nation’s roads are as safe as they have ever been, the estimated uptick in 2021 notwithstanding,’ NMA President Gary Biller told DailyMail.com Sunday.

‘In the brave, new world being staked out by the National Roadway Safety Strategy, you may pay a literal price for letting a family member or friend borrow a car registered to you,’ he added. ‘The true solution to roadway safety is continued improvements in street design, vehicle technology, and road user – drivers, bicyclists, and pedestrians – education, not flawed, command-and-control enforcement.’

Speed cameras have also drawn sharp criticism from some on the left, who are angry that the fines are often directed to fund police departments, making the issue rare grounds for bipartisan agreement.

Only 18 states plus D.C. have speed cameras in use by law, with the other states having no law on the books authorizing their use. 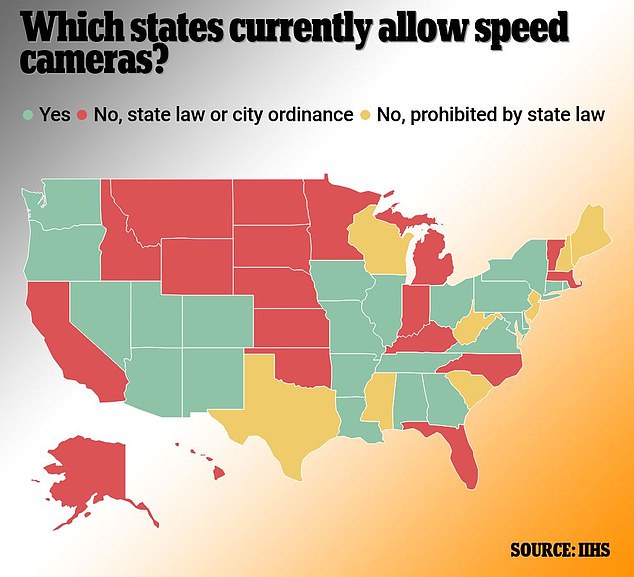 In one of the states where speed cameras are illegal, New Jersey, State Sen. Declan O’Scanlon told DailyMail.com that these are upsetting developments.

Automated enforcement has proven to make no one any safer… but everyone (except the corrupt companies operating the systems) poorer,’ O’Scanlon, a Republican, said Sunday. ‘It amounts to government sanctioned theft. Thank God New Jersey had the good sense to ban the use of automated enforcement early on…and then win a David vs Goliath battle to terminate our failed red light camera experiment.’

Well with the mask mandates in full force, a mask and a hoodie late at night will correct the problem. They can’t identify criminals to bring them to justice for anything else. How will they identify someone who destroys these cameras? Especially when they have defunded the police and yhere is no one to do the investigation and arrest the person.

I didn’t even read this article. I don’t have to. When the name Buttwig appears it stands out as yet another definition for the words, ‘stupid’ ‘idiot’ ‘ridiculous’ ‘fascist’.

That man hasn’t a single cell of logical mind in him. He’s been ridiculous in every decision he’s made so far and all against common sense and research. He can’t read. He can’t see. He can’t do anything but harm.

Buttwig is one of the ‘BOYS’ in Klaus Schwab’s lineup of totalitarian lapdogs.

Booty Gay and the rest are neither the muscle nor the brain. They’re just the mask for the technofascists who are really running this show.

Anyone against this must be a reckless inconsiderate speeder. If you are not then why does this bother you. The idea that going slower would make roads less safe is absurd. I am tired of people flying by me or tailgating then angrily darting around me because I am obeying the law. Maybe some of you crazy’s won’t be able to afford to drive and the safer drivers will not be under as much stress.

Well, if you want to be surveilled, tracked, numbered, punched, stapled and controlled, then just keep rooting for this stuff.