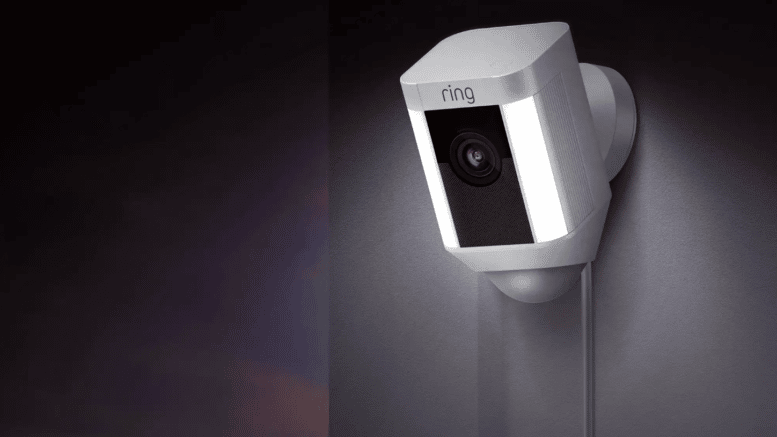 Please Share This Story!
PDF 📄
In any average neighborhood. every third house is likely to have an Amazon Ring or Google Nest security system, meaning that if you take a one mile walk in your neighborhood, information on you could be collected as many as 50 times; this potentially includes picture, audio and information collected from your cell phone. This “private” surveillance grid approaches the density of cameras in China.

Home surveillance systems are a necessary form of protection, but should only be focussed on your home. Data should not be “stored in the cloud” or analyzed by third parties to be aggregated and sold. As it is today, the emerging police state could co-opt the entire grid with the stroke of a pen. ⁃ TN Editor

If you walk through your local neighborhood—providing you live in a reasonably large town or city—you’ll be caught on camera. Government CCTV cameras may record your stroll, but it is increasingly likely that you’ll also be captured by one of your neighbors’ security cameras or doorbells. It’s even more likely that the camera will be made by Ring, the doorbell and security camera firm owned by Amazon.

Since Amazon splashed out more than a billion dollars for the company in 2018, Ring’s security products have exploded in popularity. Ring has simultaneously drawn controversy for making deals (and sharing data) with thousands of police departments, helping expand and normalize suburban surveillance, and falling to a string of hacks. While the cameras can provide homeowners with reassurance that their property is secure, critics say the systems also run the risk of reinforcing racism and racial profiling and eroding people’s privacy.

Videos shared from security cameras and internet-connected doorbells have also become common on platforms like Facebook and TikTok, raking in millions of views. “Ring impacts everybody’s privacy,” says Matthew Guariglia, a policy analyst at the Electronic Frontier Foundation. “Most immediately, it impacts the people who walk down the streets every day, where the cameras are pointing out.”

While Ring is far from the only maker of smart doorbells and cameras—Google’s Nest line is another popular option—its connections to law enforcement have drawn the most criticism, as when it recently handed over data without warrants. So, what exactly does Ring collect and know about you?

What Ring Knows About You

Whenever you use any tech, it’s collecting data about you. Spotify uses the data it collects to work out your mood, Slack knows how many messages you send. Ring’s products are no different. Ring’s privacy policy—running 2,400 words—and its terms of service detail what it collects about you and how it uses that information. In short: It’s a lot.

Ring gets your name, phone number, email and postal address, and any other information you provide to it—such as payment information or your social media handles if you link your Ring account to Facebook, for instance. The company also gets information about your Wi-Fi network and its signal strength, and it knows you named your camera “Secret CIA Watchpoint,” as well as all the other technical changes you make to your cameras or doorbells.

In March 2020, a BBC information request revealed that Ring keeps detailed records of people’s doorbell activity. Every doorbell press was logged. Each motion the camera detected was stored. And details were saved every time someone zoomed in on footage on their phone. In just 129 days, 4906 actions were recorded. (Ring says it does not sell people’s data.)

Ring can also collect the video and audio your camera records—the system doesn’t record all the time, but it can be triggered when it senses movement. Ring says its cameras can detect movement “up to 155 degrees horizontally” and across distances of up to 25 feet. This means there’s a good chance cameras can be triggered by people walking down the street or pick up conversations of passersby. According to tests by Consumer Reports, some Ring cameras can record audio from about 20 feet away.

We had a Ring doorbell and their intrusiveness spooked me! Bought A $35 Technet doorbell for $35. No batteries, internet or power. Stick it up, two receivers plug in and it works great. No more big brother