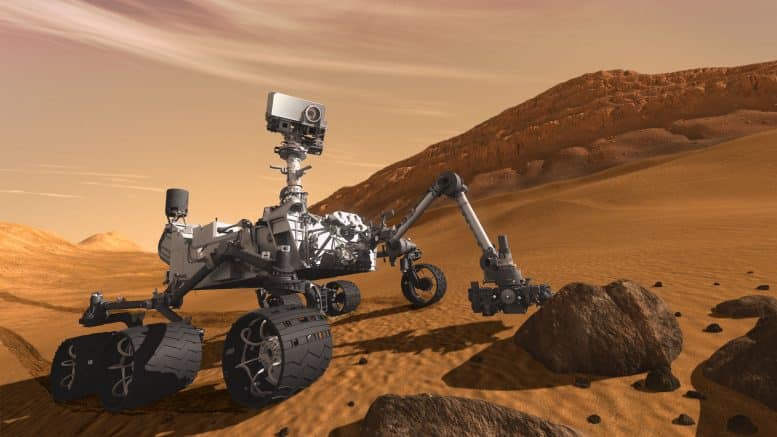 Would-be colonizers of Mars like Elon Musk and Peter Thiel will be drawn up short when they realize that the human body is made to live on earth, and not in outer space. That is, human systems undergo radical physiological changes when exposed to the conditions of outer space. ⁃ TN Editor

Yet although we now have the technological ability to leave Earth, scientists have found another stumbling block to colonising new worlds – our own immune system.

Although it is said we are all made of ‘star stuff’ when it comes to travelling away from our home planet humans are far more vulnerable to the rigours of space than our interstellar origins might suggest.

Billions of years of evolution has effectively backed mankind into a corner of the Solar System that it may be now be tricky to leave.

A team of scientists from Russia and Canada analysed the effect of microgravity on the protein make-up in blood samples of 18 Russian cosmonauts who lived on the International Space Station for six months.

They found alarming changes to the immune system, suggesting that they would struggle to shake off even a minor virus, like the common cold.

“The results showed that in weightlessness, the immune system acts like it does when the body is infected because the human body doesn’t know what to do and tries to turn on all possible defense systems,” said Professor Evgeny Nikolaev, of Moscow Institute of Physics and Technology and the Skolkovo Institute of Science and Technology.

The effects of spaceflight on the human body have been studied actively since the mid-20th century and it is widely known that microgravity influences metabolism, heat regulation, heart rhythm, muscle tone, bone density, the respiration system.

Last year research from the US also found that astronauts who travelled into deep space on lunar missions were five times more likely to have died from cardiovascular disease than those who went into low orbit, or never left Earth.

But the chance of death rose to 43 per cent for those who reached the Moon or deep space, probably because of the impact of deadly space radiation.

However, until now the molecular mechanisms which drive the physiological changes caused by space flights has remained a mystery.

To gain a deeper understanding of the changes in human physiology during space travel, the research team quantified concentrations of 125 proteins in the blood plasma of cosmonauts.

Proteins change as the immune system alters and so can be used as a measure of how it is functioning. Blood was taken from the cosmonauts 30 days before they travelled to the ISS and then on their immediate return to Earth. They were also tested seven days after touchdown. Individual proteins were then counted using a mass spectrometer.

”When we examined the cosmonauts after their being in space for half a year, their immune system was weakened,” said Dr Irina Larina, the first author of the paper, a member of Laboratory of Ion and Molecular Physics of Moscow Institute of Physics and Technology.

“They were not protected from the simplest viruses. We need new measures of disorder prevention during a long flight.