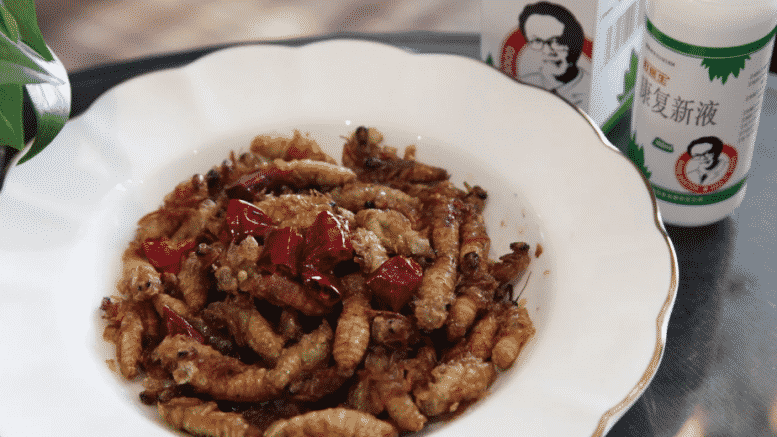 Technocrats in China live for maximum efficiency and have figured out that the way to get rid of China’s discarded food is to feed it to cockroaches. Cockroach ‘ranches’ can host 4-5 billion of the insects at one time. ⁃ TN Editor

At a facility in the eastern Chinese province of Shandong, three billion cockroaches are eating 15 tonnes of kitchen waste each day to solve the long-time environmental problem of what to do with mountains of discarded food.

And as restaurants selling cockroach dishes emerge across China, envisioning a future in which a hated insect can be a solution to human food shortages is becoming a little less difficult.

Growing commercial enthusiasm for cockroaches and a more open attitude to the insects is driving more people into the market and fueling new ideas for their use.

The number of cockroach farmers in Shandong alone has tripled to about 400 in the past three years, according to Liu Yusheng, president of Shandong Insect Industry Association and an entomology professor at Shandong Agricultural University.

“There have been huge developments in cockroach breeding and research in the past few years,” Liu said.

About 2,000km (1,200 miles) away, in the southwestern city of Xichang in Sichuan province, stands a two-storey building in which 6 billion cockroaches are bred to be turned into ulcer-curing drugs.

“This is like a five-star hotel for cockroaches,” said Geng Funeng, chairman of Gooddoctor Pharmaceutical Group, whose facility it is.

Perfectly ordinary-looking from the outside, with nicely maintained lawns and glass outer walls reflecting the sky, a faint odour gives away its purpose – a mixture of mustiness, oiliness and bitterness. It is the distinctive smell of the billions of cockroaches kept inside.

A metre-wide ditch surrounds Gooddoctor’s breeding facility, in which hundreds of carp in the moat wait hungrily to devour any escaping cockroach.

To enter the building, visitors must put on shoe covers and white lab coats. On the first floor, a dimly lit corridor leads to four dark, damp rooms packed with rows of stacked cupboard squares.

Between the cupboard layers are millions of roaming cockroaches – the species Periplaneta americana, the Latin name of the American cockroach.