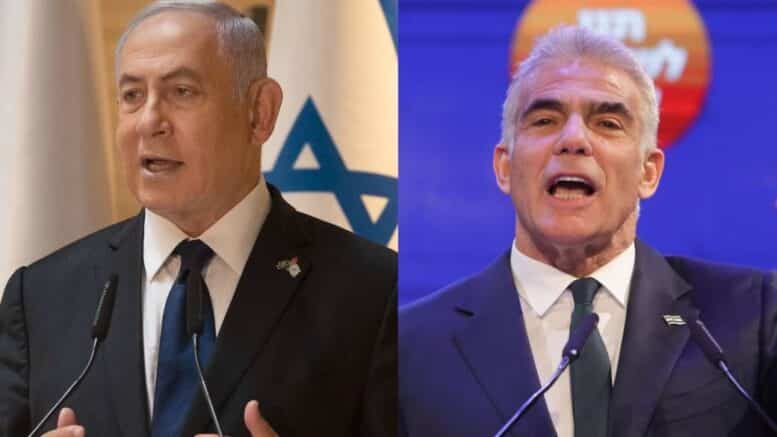 Please Share This Story!
PDF 📄
Daniel Greenfield equates Israel’s new post-Netanyahu regime with Technocracy:  “Israeli Post-Zionism, unlike Anti-Zionism, was born out of technocracy.” His most prescient observation states that “Unlike socialism, technocracy isn’t ideological. But it’s so non-ideological that it fails to comprehend those who are.” ⁃ TN Editor

The technocrats haven’t been doing too well in Europe and there’s no particular reason to think that they can succeed in the pressure cooker of Israel where they’ve failed in low-stress environments.

European technocrats are post-modern and post-national, and the governing coalition being cobbled together out of political spare parts in Israel is all of the above, and post-Zionist.

It’s easy enough for the Arab coalition of Islamists and Communists to be post-Zionist. Like Peter Beinart, post-Zionism is easiest for those who were never Zionist and have a passionate hostility for the whole notion of the Jews rebuilding their homeland. But it’s also fairly easy for Israel’s evolving technocrats, two of whom are set to alternate in the top job. The essence of technocracy is to believe in nothing more than the smoothness and sleekness of the process. Zionism, Jewish peoplehood, and Israeli exceptionalism can’t compete with the seductive notion that complex global and national problems can be reduced to an app with a click and a swipe.

Shimon Peres used to love arguing that there would be a new Middle East because of nanotechnology. But peace treaties and technology didn’t bring Israelis and Arabs together.

A common enemy did.

And that’s where technocracy fails. Unlike socialism, technocracy isn’t ideological. But it’s so non-ideological that it fails to comprehend those who are. That’s how Israel may end up with a bizarre coalition of Islamists, leftists, and people who once claimed to be Zionists, but for whom the holy city wasn’t Jerusalem, but Silicon Valley.

Technocrats, whether in California or Tel Aviv, have always been a gateway drug for the worst leftists because they’re suckers for grandiose proposals and because the easiest convert is a man who doesn’t believe in anything.

Israeli Post-Zionism, unlike Anti-Zionism, was born out of technocracy. It thrives among those who want to be more like Europe than Israel.

Only people who fundamentally don’t understand how much the Muslim Brotherhood, a component of the new coalition, the Communist Party, yet another component, hates them, could seriously bring them into the government. But to technocrats, personal resentments, like those they hold against Netanyahu, are real, while ideological, religious, and tribal hatreds, like those of their new allies, appear to an unreal chimera.

Technocrats don’t understand tribalism which is why it so often clobbers them over the head.

The Zionist Post-Zionists don’t see a need for Zionism, even as they pay lip service to it, which also means they don’t see a need for Israel. They’re seduced by visions of efficiency and of their own plans which trump minor matters like thousands of years of history or the Torah. Technocracy is ultimately ego, and ego is the driving force that destroys nations, cultures, and religions in pursuit of selfish narcissism.

Technocracy has yet to solve anything. But it builds up Potemkin villages of the soul. And when they fall apart, as they always do, the technocrats, like the socialists, are baffled at the collapse of their brilliant plans. The Islamists and Communists in the coalition won’t be.

“Israeli Post-Zionism, unlike Anti-Zionism, was born out of technocracy.” And technocracy is Zionism… and all collectivistic isms except one: induvidualism. That should be our goal.

Technocracy is NOT Zionism and Zionism is NOT Technocracy.

Many good points in this article.

This article makes me almost wish I never learned to read. 🙁

Greenfield is not in favor of Technocracy in Israel but he recognizes the two new leaders as Technocrats.

Thank you for clarifying. Sometimes people make no sense. So pretty much Israel has become secular unfortunately. To forget the One who led you into the wilderness unto a land filled with milk and honey. Sounds like America too! Saying they are one thing but acting like the other- secular.

“Unlike socialism, technocracy isn’t ideological. But it’s so non-ideological that it fails to comprehend those who are.”

I think this may have been true at its inception or its formalization but I’m not so sure that’s true today. There is definitely an attempt to give technocracy some kind of ideological underpinning and a pseudo-spiritual component.

Those being, environmentalism (earth worship), scientism and social justice. Granted, it’s likely a disingenuous and self-serving veneer to get people, particularly those on the left, to buy in to their scheme but it’s there and demonstrates that they certainly understand that ideology is important.

If People are savvy, they have and practice acknowledgement of being incomplete in knowledge. Prophet Daniel mentions how, in the last gasping day of Man ruling earth as a proxy of Deception, Mankind is obsessed with computing knowledge. So, here Man is, seeking to assuage his driving quest for computed knowledge by adding another confused layer over the messed up cauldron of assumed knowledge he amassed during the previous 5000 years, and realizes now that it all is woefully short of xomolete knowledge. Complete knowledge exists where its Creator, one, exists. To Man, Creator designed his knowledge capacity to be… Read more »