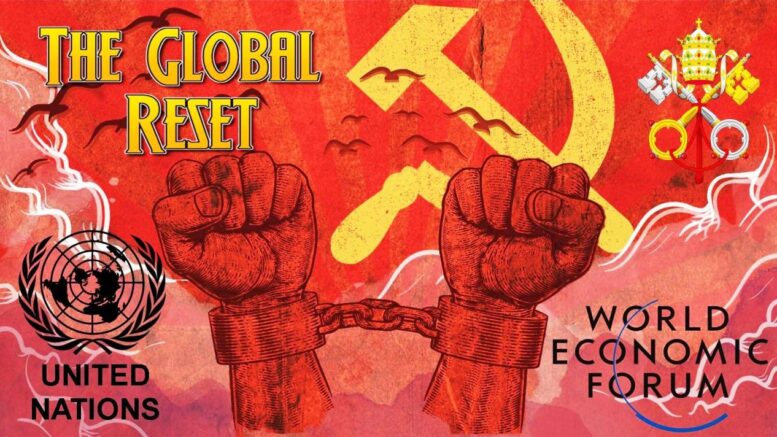 Please Share This Story!
PDF 📄
According to Technocrats at the World Economic Forum, life as a service will be offered for your happiness. Does anyone else really think they care if you are happy? Who will own all the stuff they want to ‘rent’ to you? Them, of course! ⁃ TN Editor

The title of this article projects an ominous future where the masses are controlled by a few. Over the years I have written several articles covering the elite gathering in Davos. The global elites see the World Economic Forum (WEF) as an opportunity to promote their views and various causes. These people often fail to see that many of us have come to view Davos, as a notorious rendezvous for the world’s elite that grant us the honor of paying for their schemes in some way or form.

Such gatherings are not for our sake but more for the benefit of plutocrats like Facebook’s Mark Zuckerberg and Amazon’s Jeff Bezos. The Global Reset they are pushing often reeks of their desire to “break the world” with their ruthless corporate agendas that continue to move political power into the hands of the globalist elite. To counter this attitude reassuring words are cast out over the airwaves to us, the minions of the world, to encourage faith in their wisdom. Oh, what a tangled web those in charge of our fate have woven for us as they rush to sell and bargain away our freedom for power and wealth.

When the WEF revealed its Davos 2021 Agenda, it confirmed the event this year would be digital and herald the public unveiling of its Great Reset Initiative. Angel Gurría and Klaus Schwab have outlined how governments and businesses can shape a new labor market that supports workers to thrive in the future. This underlines how the covid-19 pandemic has accelerated systemic changes that were apparent before its inception.

The Covid-19 pandemic has been used as confirmation that no institution or individual alone can address the economic, environmental, social, and technological challenges of our complex, interdependent world. It is also being touted as a reason to support the “The 2030 Agenda for Sustainable Development.” One hundred and ninety-three UN member states adopted this 15-year global framework and its ambitious set of 17 Sustainable Development Goals (SDGs) in September 2015.

With 169 targets and over 230 indicators, the 2030 Agenda envisions a secure world free of poverty and hunger, with full and productive employment, access to quality education, and universal health coverage. Thrown into the mix is the achievement of gender equality and the empowerment of all women and girls, and an end to environmental degradation.

The 2030 Agenda is a global framework of action for people, the planet, prosperity, peace, and partnership. It integrates social, economic, and environmental dimensions of sustainable development, as well as peace, governance, and justice elements. It makes clear that developing and developed countries alike will implement the Agenda. This is important in ensuring that no one is left behind in the achievement of the SDGs.

A great deal of attention has been given to some of the ideas and vision the WEF has floated. A powerful one became visible when WEF public relations released a video entitled: “8 Predictions for the World in 2030. Its 2030 agenda offers a telling glimpse into what the technocratic elite has in store for the rest of us. It promotes the idea that  by 2030 “You will own nothing. And you’ll be happy. The UN’s 2030 Agenda for Sustainable Development is a comprehensive plan that outlines how we can abolish poverty and transform the world into a peaceful, sustainable environment for all.

When persuasive speakers cloak an agenda in flowery rhetoric, it is often difficult to determine what is noble or separate something altruistic from a sinister plot. Nor, can we be certain that events will unfold more favorably if simply left to develop on their own rather than being manipulated. Still, the ideas flowing out of the World Economic Forum and those seeking a reset and a New One World Order reek of self-serving bias.

Not all of what the world economic forum predicts will happen but events are being shaped to unfold in that way. Examining what is being called for, sheds a bit of light on how we might expect our future to look. The ideas and predictions of the WEF do not seem so farfetched when you consider,

The agenda to change the world includes things such as controlling people through things such as social credit scores. Expect these to be linked to those you associate with including family members you seldom agree with. Sadly, the people that drew up this plan forgot that what they are proposing is the abolition of private property or communism a theory that has failed to ever bring prosperity to any country.

Another key part of this plan focuses on controlling the masses, this is also problematic and reeks of totalitarianism. While many people view big tech as the great enabler, a very dark side of it exists, surrendering to its allure gives big tech and those in charge of it the power to enslave the human race. When mankind turns its future over to technology and no longer takes responsibility for learning the most basic lessons that have brought us so far it gives up its soul. The idea we will move in the direction of creating a benevolent form of artificial intelligence that will protect and watch over us is far-fetched. It is frightening to entrust that in the future machines will value the contributions humans make to the overall scheme of things.

Intertwined and masked within the WEF plan are a lot of factors that will negatively impact people. These include a total lack of privacy, the loss of control to move about freely, or the ability to purchase anything you want with your money and controlling how that property is used. Of course, this is all for the greater good, but is it?  History shows that in a society where private ownership is banned or not encouraged people lack skin in the game. This tends to result in people failing to shoulder responsibility for much of what happens.

When society has a problem rather than rely on education, the natural impulse of totalitarians is to limit the choices or speech of others.  The instinct to compel rather than to persuade is evident in many politicians across the world. In the past, each year as the highfalutin Davos extravaganza unfolded I seem to get a pain in my stomach that some might consider envy, but having attended my share of events I consider it more of a sickening feeling related to the over the top self-importance of many attending. Much of my angst is directed at the politicians and such that have their travel expenses picked up by governments.

How ironic that we pay the same clowns that create so many of our problems to gather in luxury to discuss how they might further their deeds. I find it so interesting that someone flying across the globe on a private aircraft can sit down and discuss their environmental concerns and how each of us must do more to save the planet. In some ways, a person might even go so far as to describe such a gathering as downright evil.

In his writings, George Orwell pointed out that when society has a problem rather than rely on education, the natural impulse of totalitarians is to limit the choices or speech of others.  The instinct to compel rather than to persuade is evident in many politicians across the world. As big businesses and big tech have grown to where the rival or control governments, it is not surprising to see their leaders adopt this attitude. While growing inequality makes the prediction you will own nothing more likely, it does little to guarantee we will be happy.

Glad the Reds will probably gun us down first.

Totally agree. We are already seeing this effort moving forward as we watch people from third world corrupt nations flood successful western nations depleting the resources, replacing the people of those nations, usurping the rights/benefits/privileges of those citizens, taking over so much of that nation’s society/norms/values/beliefs/laws/schools/religion/history/foundations. So, the successful, democratic nations are being destroyed and the third world cesspits are being used in this destruction. But where does China fit onto this global takeover of the world? I can’t envision that nation ever kowtowing to anyone, since they, themselves want to own the world. And then there are the muslims… Read more »

1984 begin the prophet of today, while ignoring true Biblical prophecy is to our peril. Orwell showing some truth being a Humanist himself (people who believe man can fix all our problems but we have to replace the bad men first into a great awakening-without God). The truth being man will destroy everything and things will get worse and worse as we see they are. The Bible is about 1/3 prophetic and is 100 percent accurate. The future in the Bible is that the entire world will be destroyed by fire. Yes, we do need God who is Jesus.

You know mass immigration is being used as a bioweapon because it’s contradictory to many of their stated other goals. They love to bombard people with contradictory messaging. Chaos and confusion are two of their favorite weapons. The most obvious contradiction being you can’t decrease emissions and resource consumption in the 1st world if you keep flooding these countries with more people. According to their own views, that would only maintain high resource consumption and in most cases would increase consumption. It should be obvious why they’re doing it. It’s a nation, identity and culture destroying weapon. All of these… Read more »

Mass immigration destroys America in another way, which began with Christianity. Immigrants for the most part are opposed to Christianity and may I say to the extreme of the religious Islamic who claim Israel as the little Satan and America as the big Satan, infidel’s which must be destroyed. That is our new America where Christianity is to be stamped out, and the God of Israel, The God of the Holy Bible and Christians to be no more and with the god of the Roman Catholic Church and it’s Jesuit’s who are also the move to destroy Protestantism, and the… Read more »

“Life As A Service: ‘You’ll Own Nothing And You’ll Be Happy’” You perfectly nailed it. This title says it all.

Artificial intelligence. The word artificial: “made by humans”, “an imitation” (random house). Intelligence: The ability to learn or understand or to deal with new or trying situations : REASON (merriam-webster). Of course Artificial is very popular now, like our food, a lot of flavorings are made in a lab, they are not natural. This is all subject to interpretation of course of these imitators, but artificial must knows there was original creation, because when a person lets say draws a picture of say a tree they are copying something that was originally created by someone else. These people know God exists, yes… Read more »