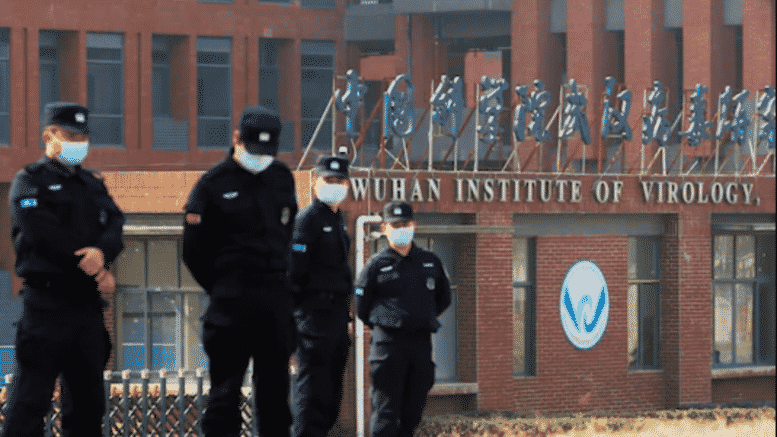 Please Share This Story!
PDF 📄
China’s strong-man influence on the Biden Administration is painfully obvious as Biden cancels the U.S. investigation into the origin of the COVID-19 virus, in favor of relying solely on the China dominated World Health Organization to sort it out. ⁃ TN Editor

The Biden administration pulled the plug on a Trump-era State Department investigation into whether COVID-19 originated from the Wuhan Institute of Virology in China, according to a Tuesday evening report by CNN.

The effort, led by then-Secretary of State Mike Pompeo, also sought to determine whether China’s biological weapons program may have played a role in the pandemic. According to the report, it was met with internal opposition from officials who thought it was simply a politicized witch hunt to blame China for the virus.

According to three unnamed sources, when Biden was briefed on the investigations’ findings in February and March, he pulled the plug – and instead opted to trust the findings of the World Health Organization, which conducted an ‘investigation’ earlier this year which turned out to be nothing more than political theater, the cast of which included the highly conflicted Peter Daszak, the Fauci-funded virologist who was studying bat viruses at the Wuhan lab.

“The way they did their work was suspicious as hell,” said one former State Department official who (we’re guessing was rooting for team Schiff during Trump’s impeachment).

Pompeo, meanwhile, said in May 2020 that there was “enormous evidence” and a “significant amount of evidence” to support the lab-escape theory. And according to former senior State Department official David Feith, “People in the US government were working on the question of where Covid-19 came from but there was no other effort that we knew of that took the lab leak possibility seriously enough to focus on digging into certain aspects, questions and uncertainties.”

The revelation that Biden shut down the inquiry is awkward at best, after the Wall Street Journal reported on Sunday that three researchers at the Wuhan Institute of Virology were so sick in November of 2019 that they sought hospitalization, citing the intelligence report that Biden rejected.

The details of the reporting go beyond a State Department fact sheet, issued during the final days of the Trump administration, which said that several researchers at the lab, a center for the study of coronaviruses and other pathogens, became sick in autumn 2019 “with symptoms consistent with both Covid-19 and common seasonal illness.”

The disclosure of the number of researchers, the timing of their illnesses and their hospital visits come on the eve of a meeting of the World Health Organization’s decision-making body, which is expected to discuss the next phase of an investigation into Covid-19’s origins. -WSJ

And of course now we know that the ‘venerable Dr. Fauci’ was involved in funding research in Wuhan via EcoHealth Alliance, and now admits “there’s no way of guaranteeing” that American taxpayer funds didn’t go towards “gain-of-function” research to make bat coronaviruses better-infect humans.

The lab leak theory, floated by Zero Hedge and several other outlets in early 2020, was promoted heavily by former President Trump, who blamed China for unleashing the virus on the world and derailing historic economic growth following three years of ‘America First’ international negotiations, along with generous tax breaks.

“I said it right at the beginning, and that’s where it came from,” Trump told Newsmax Tuesday night, taking somewhat of a victory lab over the MSM’s ‘come to Jesus’ moment over the mounting lab leak hypothesis. “I think it was obvious to smart people. That’s where it came from. I have no doubt about it. I had no doubt about it. I was criticized by the press.”

Trump also said he remains confident that the lab leak theory is correct.

“‘People didn’t want to say China. Usually they blame it on Russia,” he continued. “I said right at the beginning it came out of Wuhan. And that’s where all the deaths were also, by the way, when we first heard about this, there were body bags, dead people laying all over Wuhan province, and that’s where it happened to be located.”

Can Biden totally shut down that investigation in to the worst 21st century attack..most people already know the truth anyway!!All the loose end need to be tightened up to end this Nightmare✋

Biden is dictator after all. “A president can not legislate by executive order, unless he is a dictator”

This is interesting… The UK Department of Health has officially responded to me today on the “Cancer-causing Ethylene Oxide in COVID-19 Lateral Flow Tests” issue. Response here: https://wirralinittogether.blog/2021/05/26/united-kingdom-latest-cancer-causing-ethylene-oxide-used-on-swabs-in-childrens-lateral-flow-covid-testing-kits-a-statement-is-in-today-from-lord-bethell-of-the-uk-department-of-health-and-social/ 🤔

It’s not surprising to me that the deep state AKA the shadow government don’t want people to know the origin of SARS COV2. Neither do they want people to have the knowledge of or access to effective medical treatments that can heal and/or prevent covid19 or other viruses and diseases without destroying one’s health or immune system. And I’ve gotten tired of people, especially the vaccinated questioning me on whether or not I have taken one of the jabs. These people refuse to even look at the underreported deaths and side effects of the covid injections on the CDC’s VAERS… Read more »

Did someone say… conspiracy?