Please Share This Story!
PDF 📄
Microsoft’s master Technocrat and President Brad Smith feigns concern over the arrival of Orwell’s Nineteen Eighty-Four but doesn’t even hint at Microsoft’s (and Bill Gates) causative role in bringing it about in the first place. Former Google CEO Eric Schmidt is of the same mind. ⁃ TN Editor

Life as depicted in George Orwell’s 1984 “could come to pass in 2024” if lawmakers don’t protect the public against artificial intelligence, Microsoft’s president has warned.

Speaking to BBC’s Panorama, Brad Smith said it will be “difficult to catch up” with the rapidly advancing technology.

The programme explores China’s increasing use of AI to monitor its citizens.

Critics fear the state’s dominance in the area could threaten democracy.

“If we don’t enact the laws that will protect the public in the future, we are going to find the technology racing ahead, and it’s going to be very difficult to catch up,” Mr Smith said.

In certain parts of the world, reality is increasingly catching up with that view of science fiction, he added.

China’s ambition is to become the world leader in AI by 2030, and many consider its capabilities to be far beyond the EU.

Eric Schmidt, former Google chief executive who is now chair of the US National Security Commission on Artificial Intelligence, has warned that beating China in AI is imperative.

“We’re in a geo-political strategic conflict with China,” he said. “The way to win is to marshal our resources together to have national and global strategies for the democracies to win in AI.

“If we don’t, we’ll be looking at a future where other values will be imposed on us.”

Dr Lan Xue, who advises the Chinese Government, said facial recognition could prove “tremendously helpful” in identifying people in mass gatherings if there is a “major accident”.

“China indeed has made tremendous progress in technology development,” Dr Xue added. “[The US] feels that this is a threat… and they wanted to start this Cold War on technology.”

Although China has “huge differences” in its values and politics, the country’s “vision of the world is not convergence but co-existence,” said Dr Keyu Jin, associate professor at the London School of Economics.

“China does not seek to export its values,” she added.

Dr Schmidt became an adviser to the Pentagon in 2016, while retaining a position as executive chairman of Alphabet, Google’s parent company. 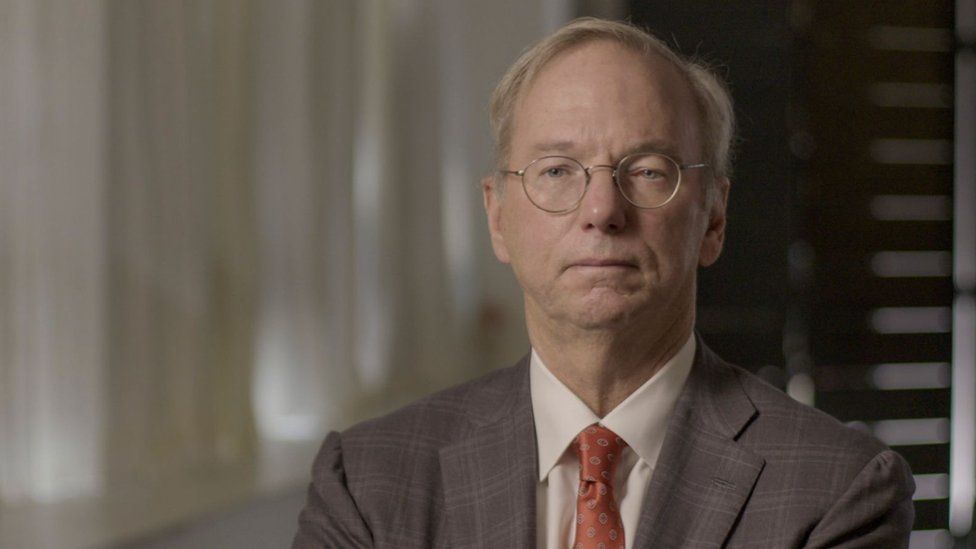 In the following years, Google started a contract with the Pentagon, allowing it to use some of its image recognition technologies as part of a military project.

“Maven at the time was…a way of replacing human eyes by automatic vision for the drone footage that was being used in the various Arab conflicts,” Dr Schmidt said. “I viewed the use of that technology as a net positive for national security and a good partnership for Google.”

Microsoft President Threatens That Orwell’s 1984 Could Happen In 2024

Too late Mr Microsoft.
But China is right. They are not a threat to West. West are fully able to create the dystopian society by its own.

We knew they would sneak in — “update and show vaccination records”
Ontario’s digital ID plan | Ontario.ca

Of course they state this is voluntary, well it may be, but for how long?