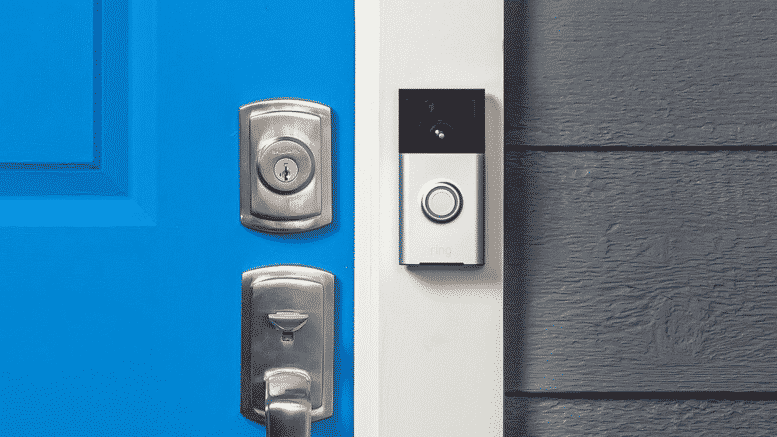 Please Share This Story!
PDF 📄
If this trial succeeds and spreads, potentially tends of millions of homeowner cameras could be added to the already burgeoning surveillance grid, putting America ahead of China in terms of number of spy cameras per citizens. ⁃ TN Editor

This is not a drill. Red alert: The police surveillance center in Jackson, Mississippi, will be conducting a 45-day pilot program to live stream the security cameras, including Amazon Ring cameras, of participating residents.

Since Ring first made a splash in the private security camera market, we’ve been warning of its potential to undermine the civil liberties of its users and their communities. We’ve been especially concerned with Ring’s 1,000+ partnerships with local police departments, which facilitate bulk footage requests directly from users without oversight or having to acquire a warrant.

While people buy Ring cameras and put them on their front door to keep their packages safe, police use them to build comprehensive CCTV camera networks blanketing whole neighborhoods. This  serves two police purposes. First, it allows police departments to avoid the cost of buying surveillance equipment and to put that burden onto consumers by convincing them they need cameras to keep their property safe. Second, it evades the natural reaction of fear and distrust that many people would have if they learned police were putting up dozens of cameras on their block, one for every house.

Now, our worst fears have been confirmed. Police in Jackson, Mississippi, have started a pilot program that would allow Ring owners to patch the camera streams from their front doors directly to a police Real Time Crime Center. The footage from your front door includes you coming and going from your house, your neighbors taking out the trash, and the dog walkers and delivery people who do their jobs in your street. In Jackson, this footage can now be live streamed directly onto a dozen monitors scrutinized by police around the clock. Even if you refuse to allow your footage to be used that way, your neighbor’s camera pointed at your house may still be transmitting directly to the police.

Only a few months ago, Jackson stood up for its residents, becoming the first city in the southern United States to ban police use of face recognition technology. Clearly, this is a city that understands invasive surveillance technology when it sees it, and knows when police have overstepped their ability to invade privacy.

If police want to build a surveillance camera network, they should only do so in ways that are transparent and accountable, and ensure active resident participation in the process. In the many cities that have enacted Community Control Over Police Surveillance (CCOPS) ordinances residents through their legislators have more say in whether or not police may  build a program like this. The choices you and your neighbors make as consumers should not be hijacked by police to roll out surveillance technologies. The decision making process must be left to communities.

Here is the response we received from Amazon in regards to this post: “[Amazon and Ring] are not involved in any way with any of the companies or the city in connection with the pilot program. The companies, the police and the city that were discussed in the article do not have access to Ring’s systems or the Neighbors App. Ring customers have control and ownership of their devices and videos ,and can choose to allow access as they wish.”

Let’s face it owning and using a ‘smart’ phone jeopardizes the owner and the rest of the public’s safety many magnitudes greater than not wearing a mask. It’s long past time that the public jettisoned these surveillance devises as far more dangerous to liberty than any convenience they offer. Can any of us imagine the panic that would ensue among the controllers if the people bagan ditching these tracking and spying devises!!?

Won’t happen, they are too addicted, like crack. You can tell them the dangers of I-phones, etc. and they won’t listen and it is the same as crack. How many have been run over while walking on the street looking at them? Both of them will kill you and can be used against you later in the future in the courts of the judges.

I thank God everyday I don’t own a smart phone! And my clam shell old school goes in a Farday bag along with all my electronics when not in use.
Yes, Brad it would great!