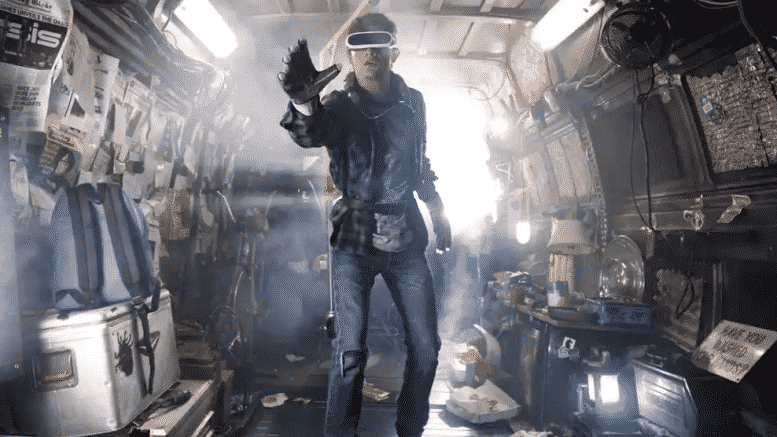 Millennials will be convinced that dystopia is straight ahead, thanks to global warming, and the only place where life can be found is within virtual reality. Whereas the Matrix movie presented a compulsory virtual reality that no one was aware of, Ready Player One is voluntary submission. However, virtual reality will re-wire a person’s mind to the point where they cannot distinguish between reality and fantasy; such a mind will be easily controlled by whomever controls the fantasy.  ⁃ TN Editor

It’s 2045 and Earth has been brought to its knees by catastrophic climate change and a worldwide energy crisis, not to mention famine, poverty, disease and war. In short, everything we presently fear has come to pass. It is the ultimate dystopian future.

That’s the premise of Ready Player One, a work of science fiction from 2011 by Ernest Cline and now a movie by Steven Spielberg. Wade Watts, the story’s protagonist, is born into a generation that feels failed by reality. The only thing making life bearable is the OASIS, a globally networked virtual reality world. Using a visor and a set of haptic-feedback gloves, Wade and millions like him enter its realm daily.

Designed by programming genius James Halliday, the OASIS started life as a video game, with people adopting avatars, going on quests and generally leaving the real world behind. Slaying your boss was a popular element of the game. “Ready Player One”, the message that greets players as they log on, is a reference to the coin-operated arcade machines of the 1980s, a decade that the book lionises with (and sometimes tedious) pop culture references.

But as Earth eventually collapsed, the OASIS became much more, functioning as a substitute for society. Wade attends school in the simulation, while his mother works two full-time jobs: one as a telemarketer, the other as an escort in an online brothel. Like millions of other users, Wade discovers a special purpose in the OASIS: the hunt for Halliday’s Easter Egg, a treasure hidden inside the simulation. Anyone hoping to find it must be a consummate geek and share Halliday’s passion for 80s pop culture. The finder will inherit not only the designer’s immense fortune but control of the virtual world.

Wade spends his nights revising – playing Galaga, a classic arcade game from the 80s, and reading X-Men comics – wedged between a wall and a dryer in his tiny trailer, every learned reference boosting his power in the simulation. He sees the OASIS and Halliday’s final quest as “an escape hatch into a better reality”.

Virtual reality isn’t often depicted so alluringly on film. The Matrix is one of the best-known VR dramatisations – and one of the bleakest. Following an unsuccessful war with intelligent machines, the human race is little more than a crop, a plentiful source of bioelectricity. For their entire “lives”, humans are hooked into a near-perfect simulation of the world as it was 200 years previously, blissfully unaware of their enslavement.

This helps explain Bush jr’s urgent push for HD TV. Now even watching commercials, or the way the NFL shows its game, news clips with car accidents, commercials etc its becoming more and more difficult to tell what is real(actual camera) or what has been created by computer design. This blurring of the line between reality and virtual reality will continue until the next generation is raised in a virtual reality lab, taken out only for specific functions, breeding, work etc An EMP seems less likely given their addiction to electricity. God’s speed all.