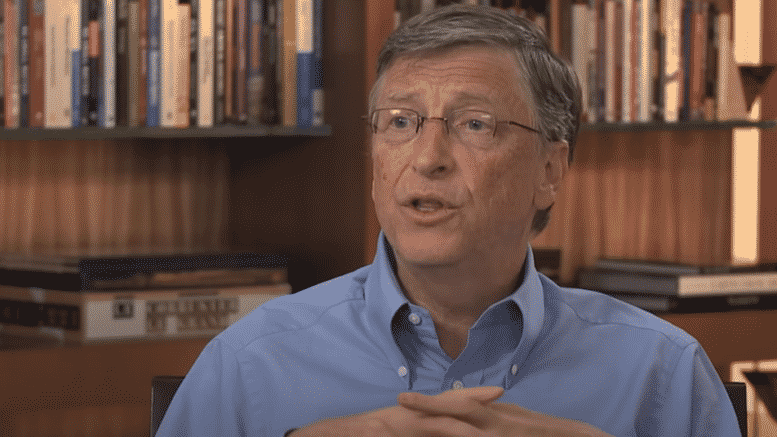 Please Share This Story!
PDF 📄
Robert F. Kennedy has been banned from most social media because of his calls for investigations of vaccine safety, Big Pharma and in particular, Bill Gates and his stealth eugenics program to vaccinate every person on planet earth. ⁃ TN Editor

For over twenty years Bill Gates and his Foundation, the Bill and Melinda Gates Foundation (BMGF) have been vaccinating foremost children by the millions in remote areas of poor countries, mostly Africa and Asia. Most of their vaccination program had disastrous results, causing the very illness (polio, for example in India) and sterilizing young women (Kenya, with modified tetanus vaccines). Many of the children died. Many of the programs were carried out with the backing of the WHO and – yes – the UN Agency responsible for the Protection of Children, UNICEF.

Most of these vaccination campaigns were implemented without the informed-consent of the children, parents, guardians or teachers, nor with the informed-consent, or with forged consent, of the respective government authorities. In the aftermath, The Gates Foundation was sued by governments around the world, Kenya, India, the Philippines – and more.

Bill Gates has a strange image of himself. He sees himself as The Messiah who saves the world through vaccination – and through population reduction.

Around the time, when the 2010 Rockefeller Report was issued, with its even more infamous “Lock Step” Scenario, precisely the scenario of which we are living the beginning right now, Bill Gates talked on a TED show in California, “Innovating to Zero” about the use of energy.

He used this TED presentation to promote his vaccination programs, literally saying, “If we are doing a real good job vaccinating children, we can reduce the world population by 10% to 15%”.

Now Mr. Gates and his allies, including Big-Pharma, WHO, UNICEF, Dr. Anthony Fauci, Director of NIAID / NIH, a close ally of Mr. Gates  – and of course, Agenda ID2020, are proposing to (force) vaccinate 7 billion people around the globe, with their concoction of a (so far) untested coronavirus vaccine. This is a multi-billion dollar bonanza for  Big Pharma and for all those who support the vaccine. Nobody will really know what the vaccine cocktail will contain. They intend to start with the Global South (Developing Countries) and then gradually move North (Developed Countries).

GEORGE BERNARD SHAW AND EUGENICS YOU TUBE: George Bernard Shaw and “the Humane Gas” 37,448 views tranmere789 Published on Apr 24, 2009 “I appeal to the chemists to discover a humane gas that will kill instantly and painlessly. Deadly by all means, but humane, not cruel.” Fabian Socialist George Bernard Shaw, LISTENER Feb 7, 1934 Category Film & Animation In this clip from the 2008 film “The Soviet Story“, we see that George Bernard Shaw, the celebrated progressive playwright defended Hitler, advocated killing those who can’t justify their existence and called for the development of lethal gas 10 years before… Read more »

It’s very simple. Four words says it all. I will NOT comply!

DEPOPULATION of the Earth to 500 MILLION people. The AGENDA of Satan the Devil, through mankind. The REBELLION of Satan against The JEWISH MESSIAH, YAHSHUWAH JESUS the Lord, Creator and Redeemer GOD. But we are comforted knowing, that MESSIAH JESUS shall destroy Satan and his works. Amen.

Jesus is not Jewish Messiah, He is the father of Christianity abd saw flaw in Jewish Religious teachings of prosperity as a blessing and that Jew are chosen. A Jew must become converted to Christianity and give up Old Ways or identity (Jewelry) in order to get into Heaven.

For I would not, brethren, that ye should be ignorant of this mystery, lest ye should be wise in your own conceits; that blindness in part is happened to Israel, until the fulness of the Gentiles be come in. 26And so all Israel shall be saved: as it is written, There shall come out of Sion the Deliverer, and shall turn away ungodliness from Jacob: 27For this is my covenant unto them, when I shall take away their sins. 28As concerning the gospel, they are enemies for your sakes: but as touching the election, they are beloved for the fathers’… Read more »

Never forget Bill Gates gave us all CONTROL-ALT-DELETE. Now, do you really think his vaccine is any better? Stop this insanity.

He funded the Wuhan Lab. His vaccines in Africa and India are deforming and sterilizing children. What do you think? OK with all that?

Here’s and interesting article:
The Digital Tattoo Vaccine Conspiracy is Nothing to Worry About.
http://nyartman.com/index.php?option=com_content&view=article&id=350:the-digital-tattoo-vaccine-conspiracy-is-nothing-to-worry-about&catid=86&Itemid=789

Robert F. Kennedy is kind of a nut job – nevertheless I welcome his efforts to hold people accountable, who want to pretty much perform experiments on humanity as they please, whether someone wants their “help” or not…

Why is it that so many people with large amounts of money, both inherited and earned, so often have agendas that involve forcing people to be the subjects of their often crazy schemes? For their own good, of course…

How come a Bill Gates has dirty fingernails – what a grotty person.

Bill Gates could end hunger in all of Africa tomorrow …. all by himself. Instead he talks about ways to decrease life, to limit life, to prevent life and to abort life in everything he does. I don’t give a rat’s ass how he uses his hands to manipulate those listening to him. It’s all demonic. He is a son of Satan.

Notice that the excuse for controlling population is economic i.e. “the problem is with the poorest countries…we have to do something now before “they” reach an impossible situation”, but why not increase the standard of living by correcting the money system that systematically generates poverty?

This issue is addressed unprecedentedly here:

Notice that most, if not all, of those “poor”, high population countries, are muslim….