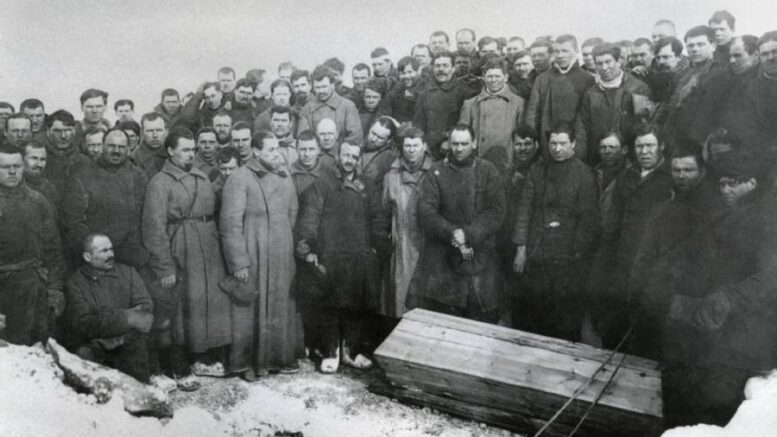 Please Share This Story!
PDF 📄
Nobody is safe from censorship, including former presidential candidate and Congressman Ron Paul. Anyone who questions the World Health Organization, a thoroughly corrupt institution of the United Nations, will be dropped like a hot potato. ⁃ TN Editor

In the Soviet Union it was forbidden to dispute the wisdom of the “party line.” That’s because Marxian communism was viewed as the scientifically inevitable progression of mankind. For Marx and Lenin, the “science was settled.” Therefore anyone speaking out against “the science” of the Soviet system must be acting with malice; must actually want destruction; must want people to die.

Anyone voicing opposition to the “settled science” of Marxism-Leninism soon found their voice silenced. Oftentimes permanently.

Ironically, just 30 years after the “science” of Marxism-Leninism imploded for all the world to see, we are witnessing a resurgence here in the US of the idea that to question “the science” is not to seek truth or refine understanding of what appears to be conflicting evidence. No, it is to actually wish harm on one’s fellow Americans.

And while we who question “the science” are not being physically carried off to the gulags for disputing the wisdom of our “betters” in the CDC or the World Health Organization, for example, we are finding that the outcome is the same. We are being silenced and accused of malicious intent. The Soviet Communists called dissidents like us “wreckers.”

Last week on my daily news broadcast, the Ron Paul Liberty Report, we reported on two whistleblowers from inside the CDC and Big Pharma who raised serious and legitimate questions about the prevailing coronavirus narrative. The former Chief Science Officer for the pharmaceutical giant Pfizer, Dr. Mike Yeadon, has stated that from his experience he believes that nearly 90 percent of the current tests for Covid produce false positives. That means that this massive expansion in “cases,” used to justify continued attacks on our civil liberties, is simply phony.

As Dr. Yeadon said in a recent interview about the Orwellian UK coronavirus lockdown, “we are basing a government policy, an economic policy, a civil liberties policy, in terms of limiting people to six people in a meeting…all based on, what may well be, completely fake data on this coronavirus?”

Is Dr. Yeadon correct in claiming that based on his scientific observation there is no “second wave”? We don’t know. But we do know that his claims that the massive increase in “cases” in Europe used to justify new lockdowns are not in any way being matched with a similar increase in deaths. The EU’s own charts prove this. Deaths remain a flat line near zero while “cases” skyrocket to match the massive increase in testing.

Yet when we reported on Dr. Yeadon’s findings on the Liberty Report last week we found that for the first time ever, our program was removed by YouTube.

YouTube, owned by Google, which is firmly embedded into the deep state, was vague in explaining just where we violated their “community standards” by simply reporting on qualified scientists who happen to disagree with the mainstream coronavirus narrative.

But they did offer this shocking explanation in an email sent to us at the Ron Paul Liberty Report: “YouTube does not allow content that explicitly disputes the efficacy of the World Health Organization.”

It’s not the science that is settled. What appears to be “settled is the impulse to silence anyone who asks “why”?

I got chills reading that.

I am witnessing how anyone I speak to about what is really going on here in Denmark they nearly automatically respond by say “be aware of that conspirations theory” and I find it is because they do not wish to see things as they are because they are too scary or depressing they prefer just to live their lives as if nothing is taking place. Then I ask myself what does it help to learn about history when they cannot draw parallels to what is happening now? Which then makes me think how easy it was for Hitler and his… Read more »

You can if your willing learn from History if everyone would just read the Bible they would see it right in front of their eyes~the truth which is 1/3 prophetic, in other wards the Bible tells us what is going to happen before it happens. Many of prophesies have been fulfilled but watch this! This is future! “And he (Satan who posses a man) causeth all, both small and great, rich and poor, free and bond, to receive a mark in their right hand or in their foreheads: And that no man might buy or sell, save he that had… Read more »

Hermann Göring answered on how a highly educated people as the Germans could end up as radicals and make all these nazi atrocities. Because of fear! Fear is invested in people by constant surprises, chocks and abruption in their lives. They react with denial of what happen. Life cannot be that cruel. All the other people cant lie all of them. People cant impossible plan to kill me, rob me and rape my family. Such a good person like me. The Sovjet people didnt react before a truck unloaded a bunch of mutilated dead bodies from the war frontier on… Read more »

OMG, Doogle admitted exactly WHO they are. (Wanted to see the Doogle letter scanned in here for everyone.) Owned, operated and run by predators, Doogle seeks only to promote an enslavement model for humanity through tyrannous corporate behaviors. It’s certainly clear that Doogle sits on the front lines of the current unjust political and economic war being waged against humanity.

We now have their word on it. See even criminals can tell the truth . . . sometimes.

Dr. Ron Paul preaches to the choir on The Liberty Report and Ron Paul Institute. His words are not reaching the ears who need to hear it most – those of President Trump. Paul has access to Trump most do not – his son Senator Rand Paul. Ron Paul knows Trump is ignorant about the virus so he retreats when Fauci spews another lie. As a medical doctor, Ron Paul is the perfect person to educate the President about the virus so Trump is more confident in dumping Fauci and getting America back to work – no masks, gloves, or… Read more »

So, would Einstein have been carted off to the Gulag? His relativity theory challenged Newton’s laws and was not very popular. In fact, correct me if I am wrong, he never got a Nobel prize for the Theory of Relativity. He got the Nobel prize for the photo electric effect. History is full of such examples such as the Planets and the Sun do not orbit about Earth but, instead the planets revolve about the Sun. Describing modern day science as a religion is spot on. And, I have nothing against religion, but “Science” thrives only because it is constantly… Read more »