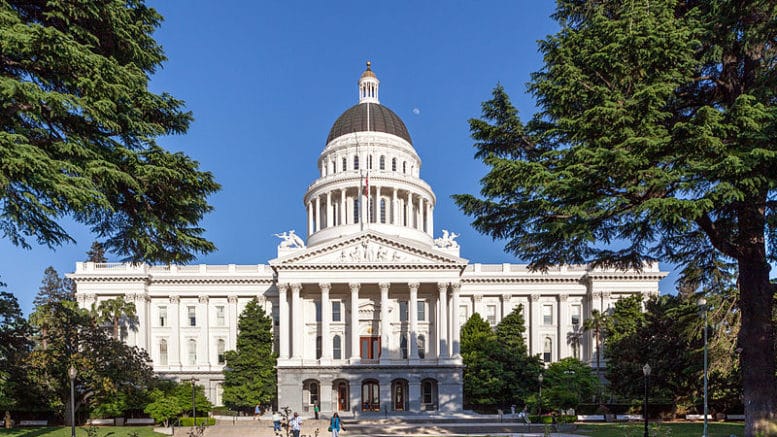 California lawmakers and their radical environmental followers seem to all live in an alternative universe where the goal is to destroy every abundant and cheap source of energy and replace it with projects that are doomed to fail even before they are started. ⁃ TN Editor

The California Senate on Wednesday passed legislation that would set the state on a path to eliminate carbon emissions from its electricity generation, after the state Assembly approved it on Tuesday.

S.B. 100 would set a state goal to supply 100% of retail electricity sales from carbon-free resources by 2045 and direct state agencies to begin planning for the target. The bill would also boost the state’s current 50% renewable portfolio standard to 60% by 2030 and mandate that California’s actions do not “contribute to greenhouse gas emissions increases elsewhere in the western grid.”

Utilities in the state oppose the effort, with Pacific Gas and Electric telling the Wall Street Journal the legislation is “poorly timed.” The bill must be passed by the Senate before heading to Gov. Jerry Brown, who supports the effort and is likely to sign it.

California has made serious commitments to lower greenhouse gas emissions this year, whether it aims to electrify its transportation by coordinating vehicle charging infrastructure or moving electric generation away from natural gas.

Those efforts took a big step forward in the Assembly on Tuesday with the passage of the state’s first 100% clean energy target.

“The goal of 100 percent clean electricity is ambitious, but well within reach, and is critical to reducing global warming pollution from other sectors like transportation,” Laura Wisland, manager of western states energy for Union of Concerned Scientists, said in a statement.

Some utilities in the state, however, are not pleased. San Diego Gas & Electric told the Journal Tuesday it would like to see California do more to reduce emissions from transportation, rather than imposing more utility mandates, and PG&E said lawmakers are moving too quickly.

“Lawmakers in the Assembly have put the cart before the horse by approving a long-term procurement mandate that will affect utilities and their customers for more than 25 years without any assurance that the state’s utilities will remain financially stable and able to shoulder these new mandates in the face of growing wildfire risk,” a PG&E spokesperson told the paper.

Wildfires are currently blazing in California and a state report estimates an increase in wildfire frequency if greenhouse gas emissions continue to rise. The report also painted a grim picture about coastal erosion and flood risk and negative water supply impacts.

S.B. 100 puts gas-fired plants, accounting for more than half of the state’s generation, at risk of closure, according to data from the California Independent System Operator.

Oopsie: Earth Heats Up Due To Clean Air During Economic Lockdown … – CLIMATE CHANGES – Folly & The Future